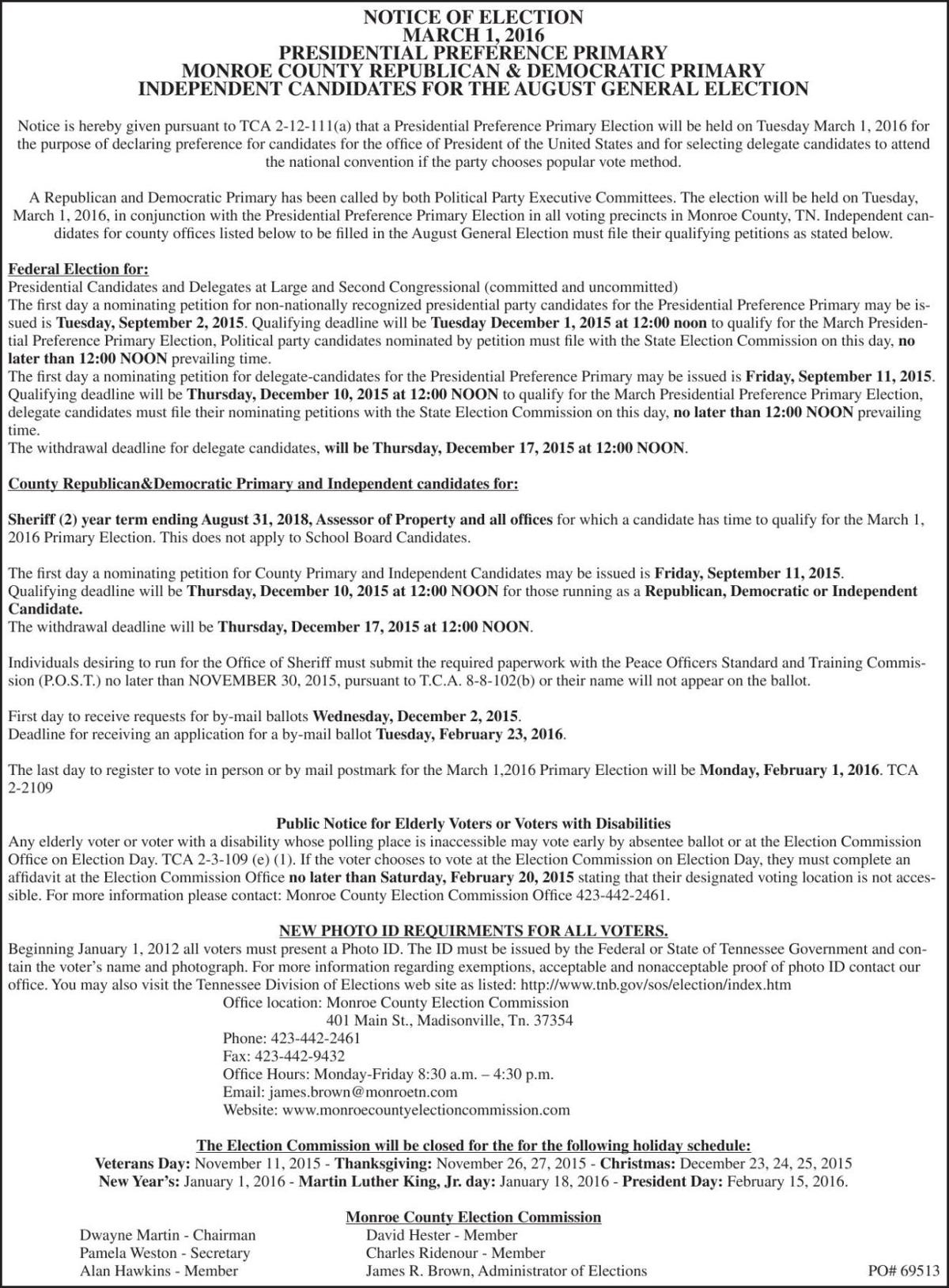 Details for NOTICE OF ELECTION