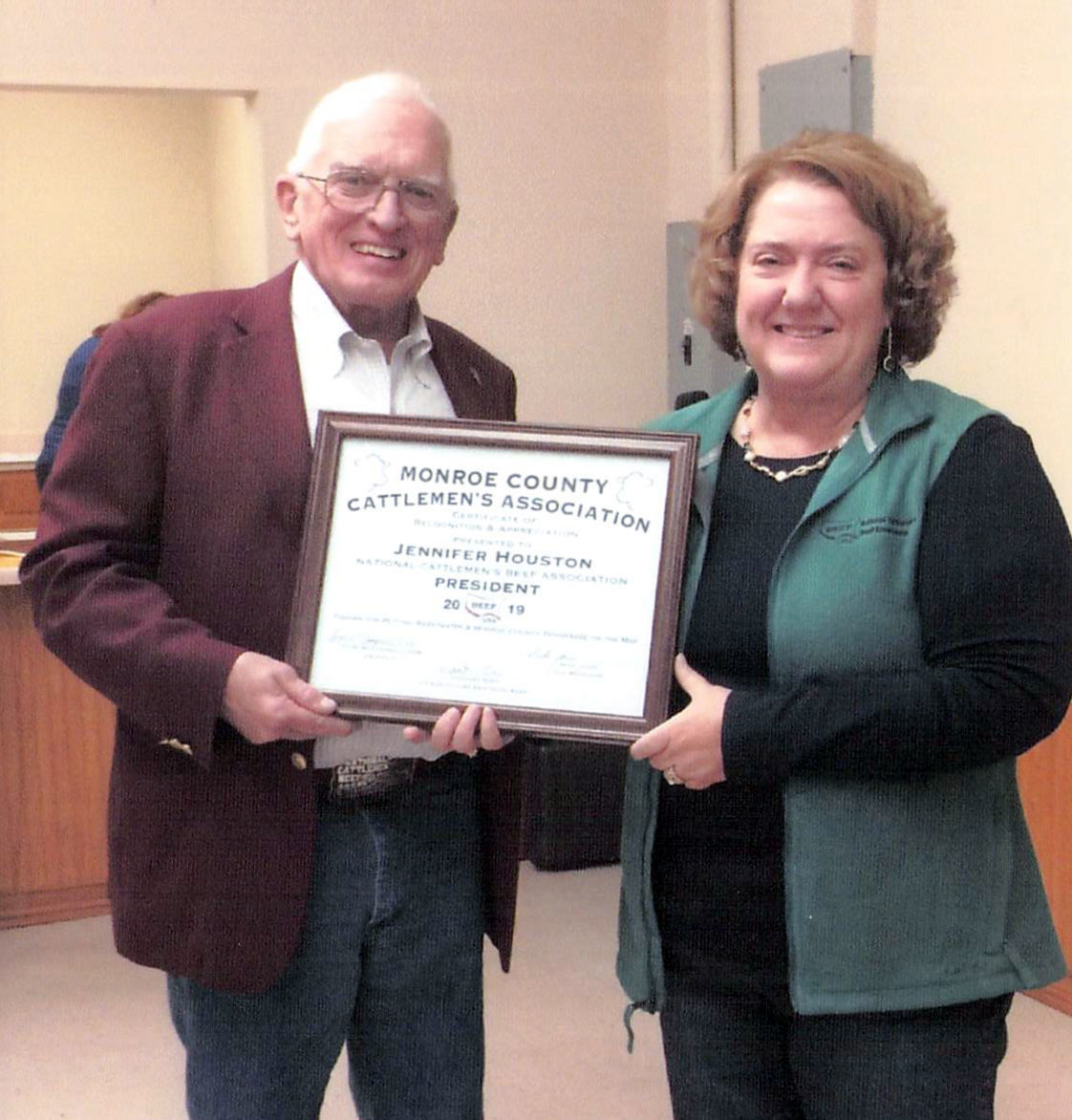 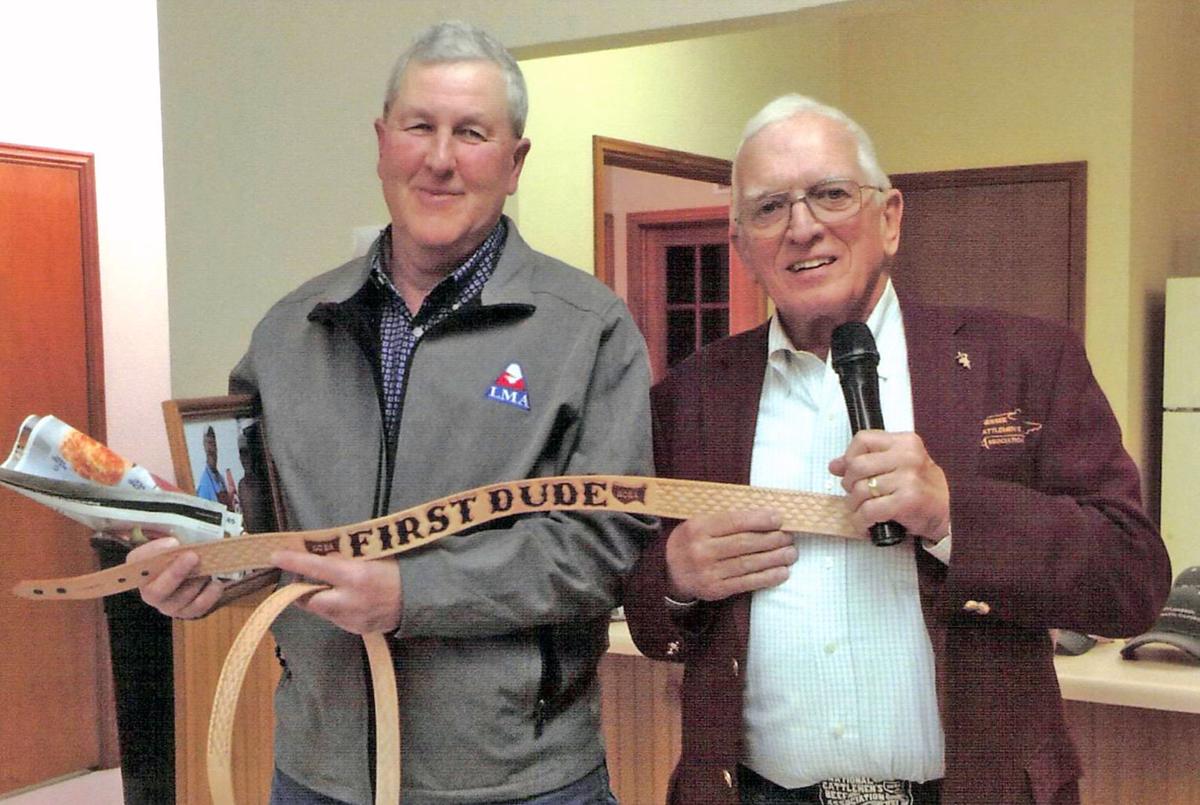 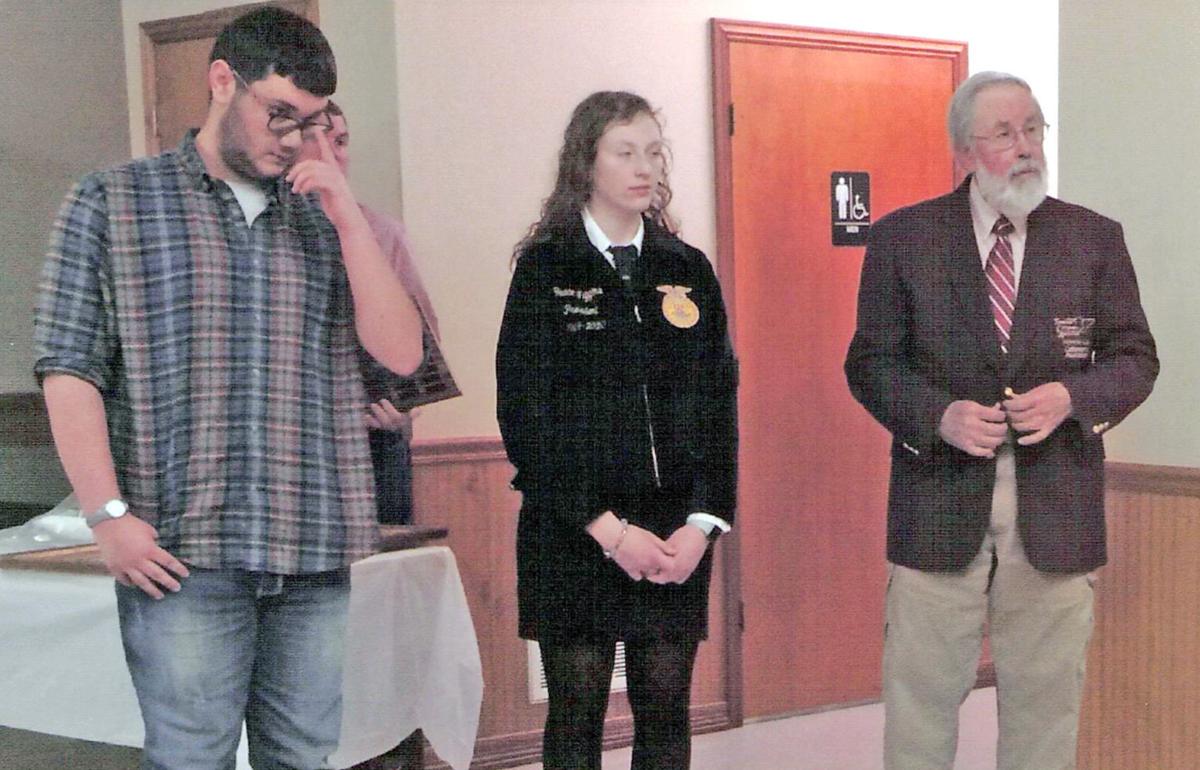 Shown here, graduating high school seniors receive their Robert L. Sliger $500 scholarships. They are Hunter Barnett of Tellico Plains (left) and Grace Wiggins of Sequoyah (center) and they are standing with Sliger (right). 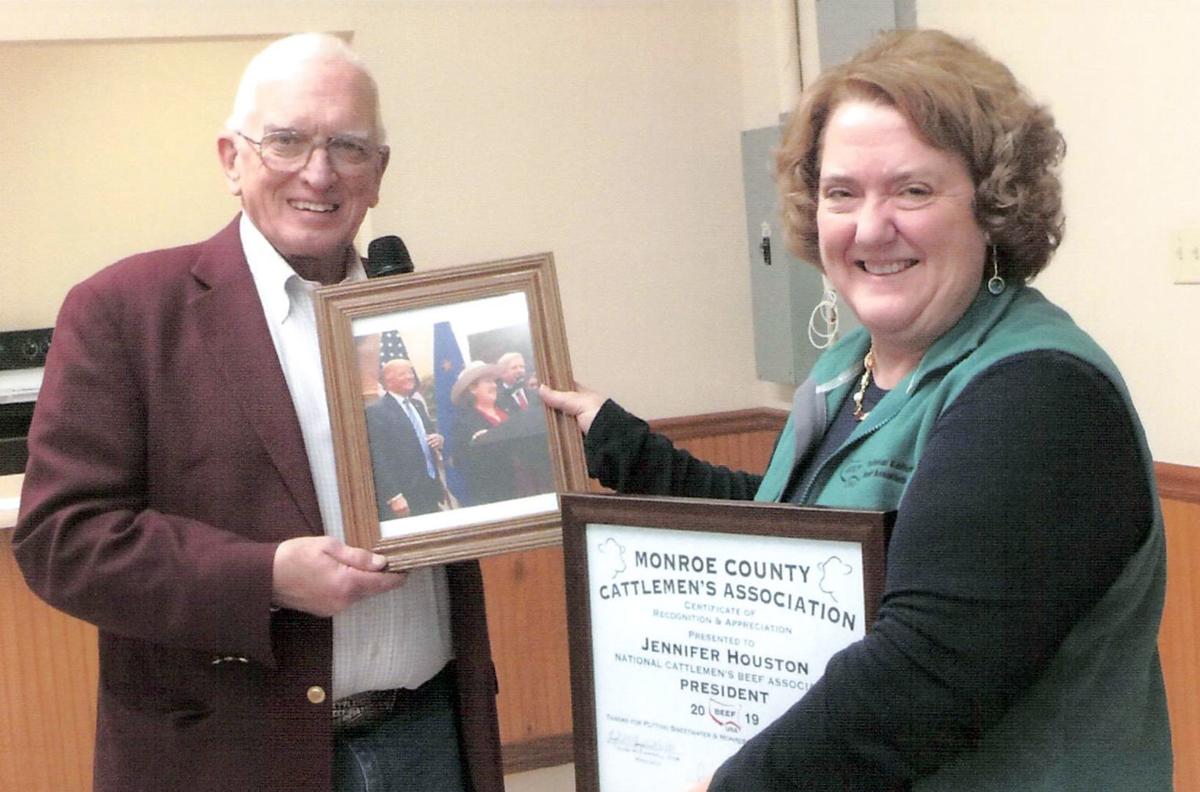 Shown here, National Cattlemen’s Beef Association (NCBA) President Jennifer Houston stands with her certificate of recognition and appreciation as well as a framed photo of her at the White House with President Donald Trump.

Shown here, graduating high school seniors receive their Robert L. Sliger $500 scholarships. They are Hunter Barnett of Tellico Plains (left) and Grace Wiggins of Sequoyah (center) and they are standing with Sliger (right).

Shown here, National Cattlemen’s Beef Association (NCBA) President Jennifer Houston stands with her certificate of recognition and appreciation as well as a framed photo of her at the White House with President Donald Trump.

A good time, fun, fellowship and a meal catered by Pizzeria Venti were enjoyed by all, according to officials.

An annual silent auction featuring over 50 items from many area businesses held the interest of most of the folks, as they bid for favorites. A live auction cried by Mayor Mitch Ingram also brought in substantial funds, to add to the support of 4-H and FFA functions, promoting beef in the area and funding the Robert L. Sliger scholarships. Donation of a heifer by Philpott Farms added substantially to the receipts.

A total of $500 worth of Robert L. Sliger scholarships were awarded to graduating high school seniors Grace Wiggins of Sequoyah High School and Hunter Barnett of Tellico Plains High School.

In addition to graduating high school senior scholarships, it was announced that a new scholarship will be added to the program. College students who have completed their freshman year, or beyond, will be eligible to apply for a $500 scholarship.

To apply, the requirements are that the student must either be majoring in agriculture or, if majoring in a non-agriculture subject, their parent or guardian must be a member of the Monroe County Cattlemen’s Association.

After the spring term, applications will be available at the Monroe County Extension Office and will be due back at the office on or before July 15. Scholarships will be presented at the Summer Steak Fry and Potluck in August.

Ex-federal prosecutor: DOJ has a virus, everything Barr touches dies

Jennifer Houston, president of the National Cattlemen’s Beef Association (NCBA), gave an informative talk about her term in office and accomplishments of the past year. She also related tales of being among guests at the White House numerous times for signing of trade deals and other events.

She was presented with a framed certificate of recognition and gratitude for putting Sweetwater and Monroe County “on the map” and a framed picture of her and President Donald Trump at one of those occasions.

Her husband, Mark, was also recognized for keeping the home fires burning and, since he is the husband of the NCBA president, being designated as the “First Dude,” he was presented with a tooled leather belt with “First Dude” inscribed.

County President Dr. Hugh McCampbell gave Mark several sheets of coupons to local hamburger joints and appreciation was expressed to him for his lifetime of work improving the reputation of Tennessee cattle.

Information about provisions of a UT Extension Water Quality Grant in the Bat Creek Watershed will be covered at upcoming meetings for producers. Funds will be available for producers to complete projects on their operations.

The board of directors election saw Mike Jones and Bill Shadden re-elected to serve a final three-year term each. Several attendees filled out applications to join the Tennessee Cattlemen’s Association.