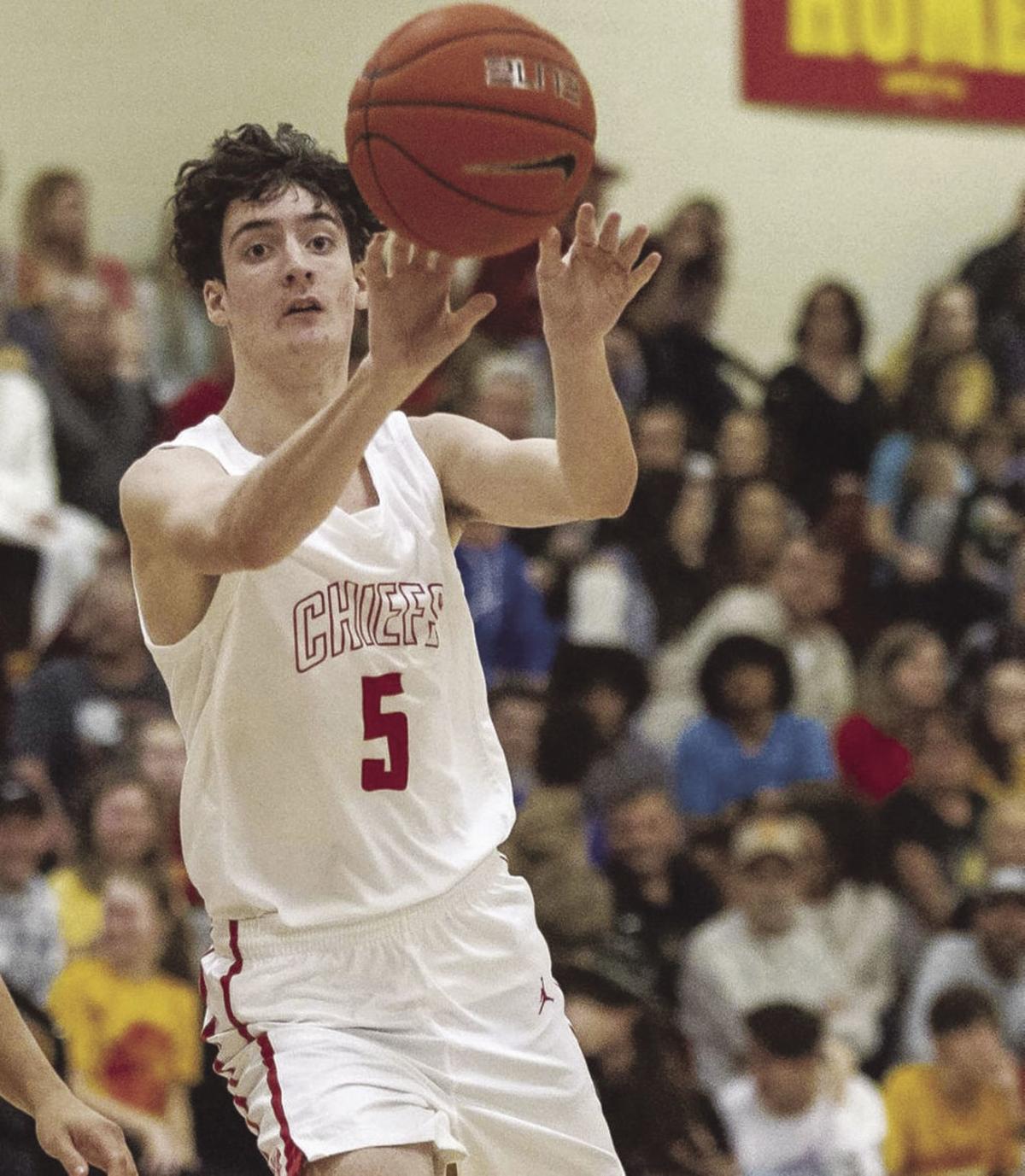 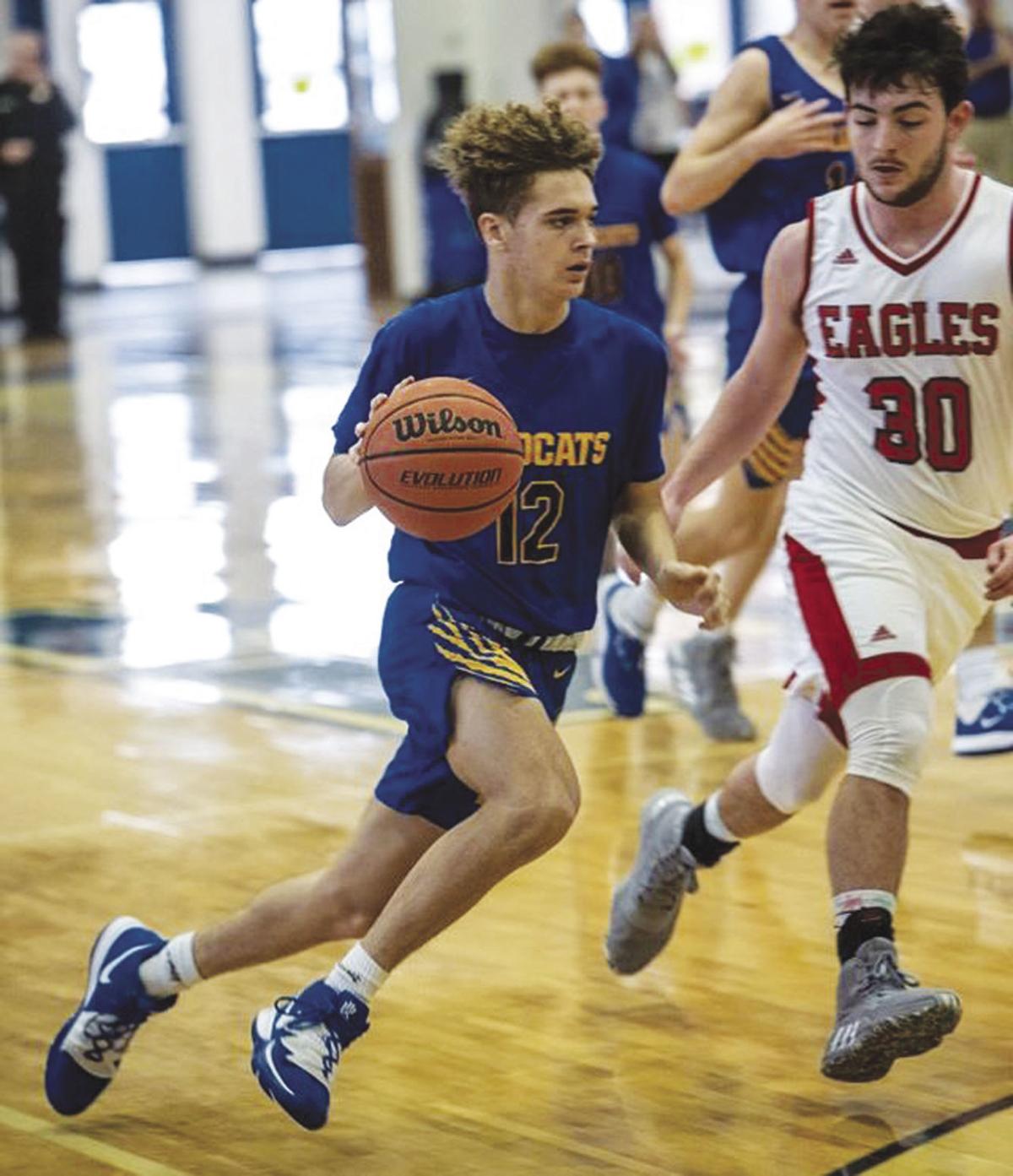 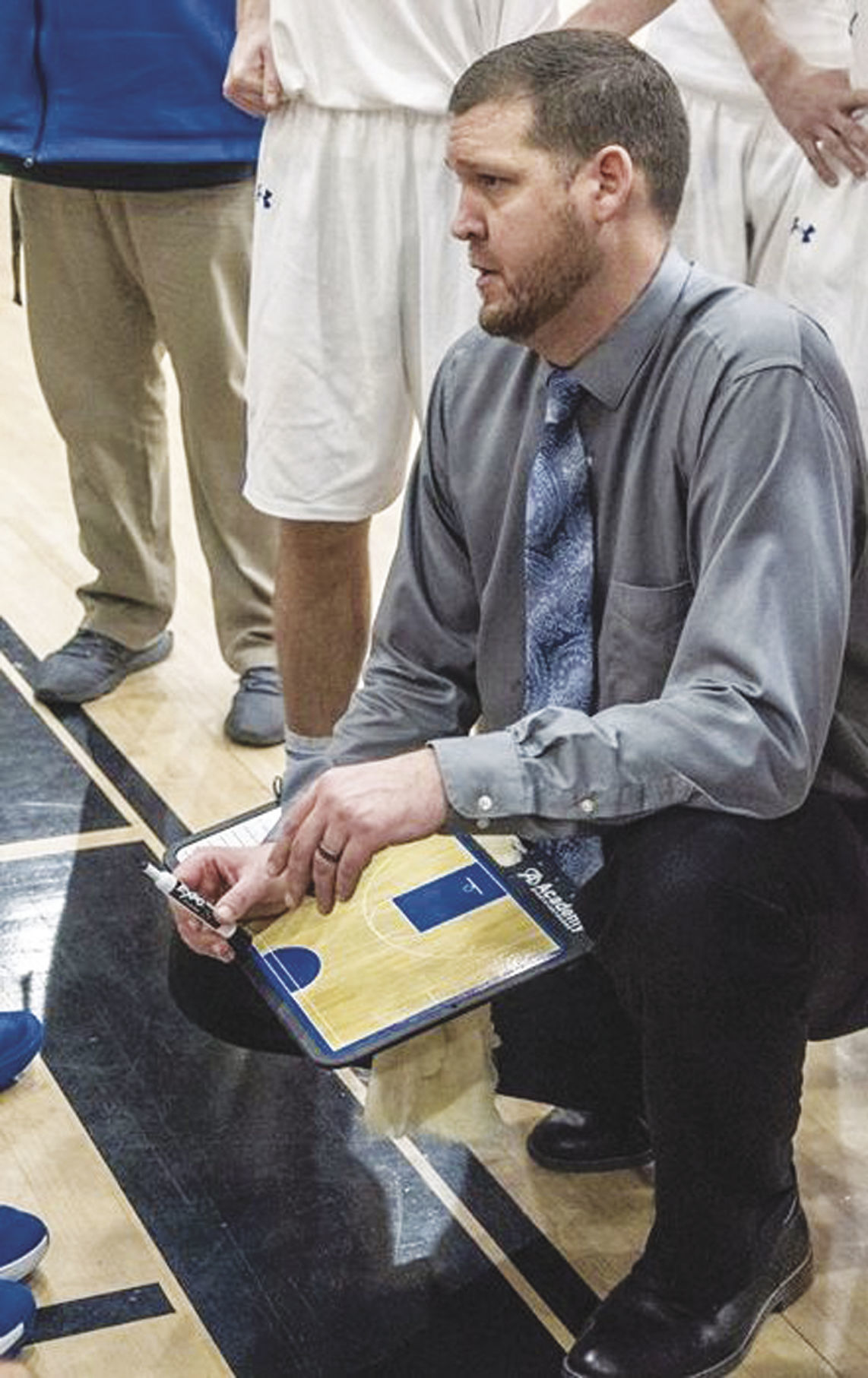 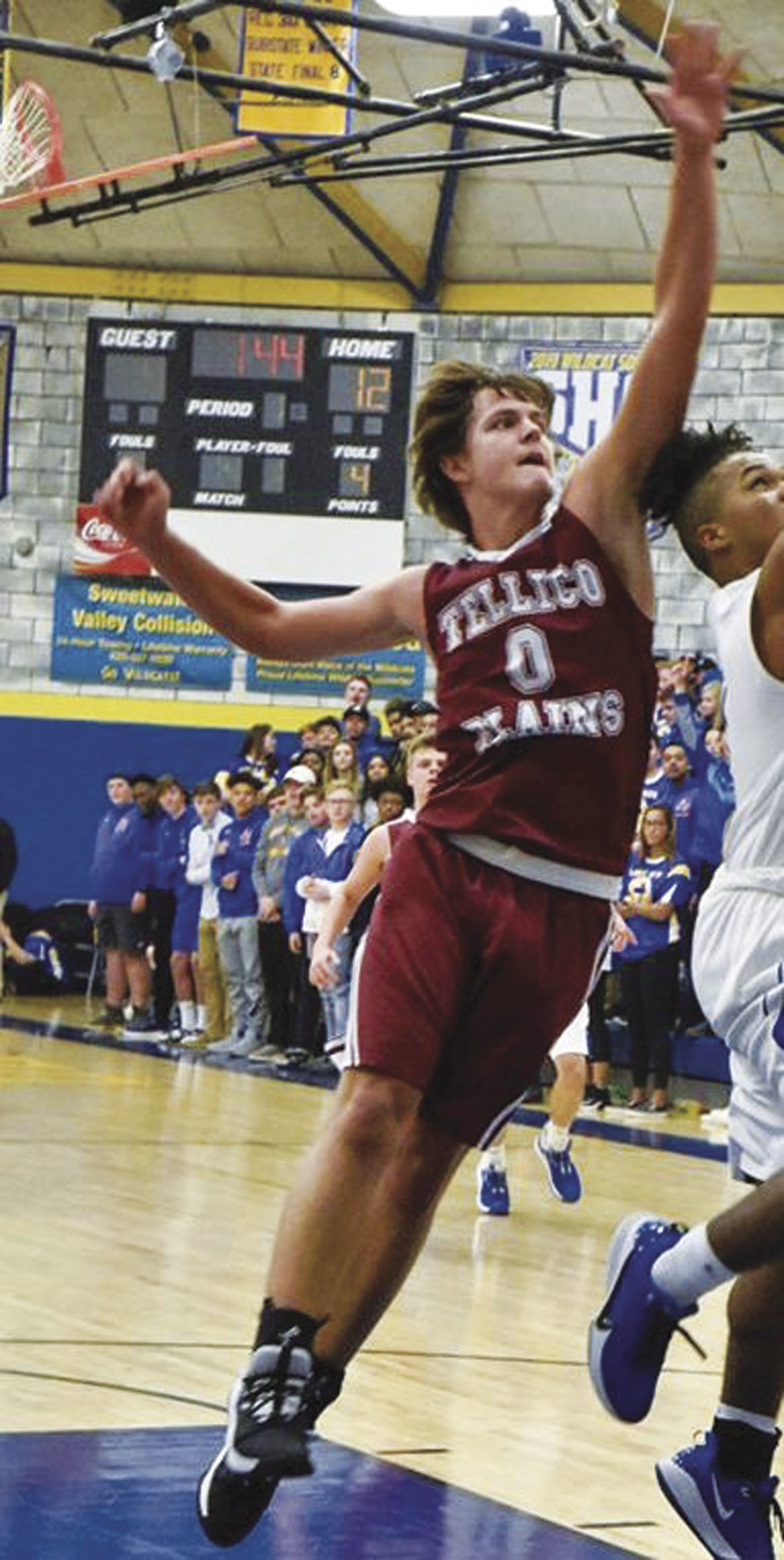 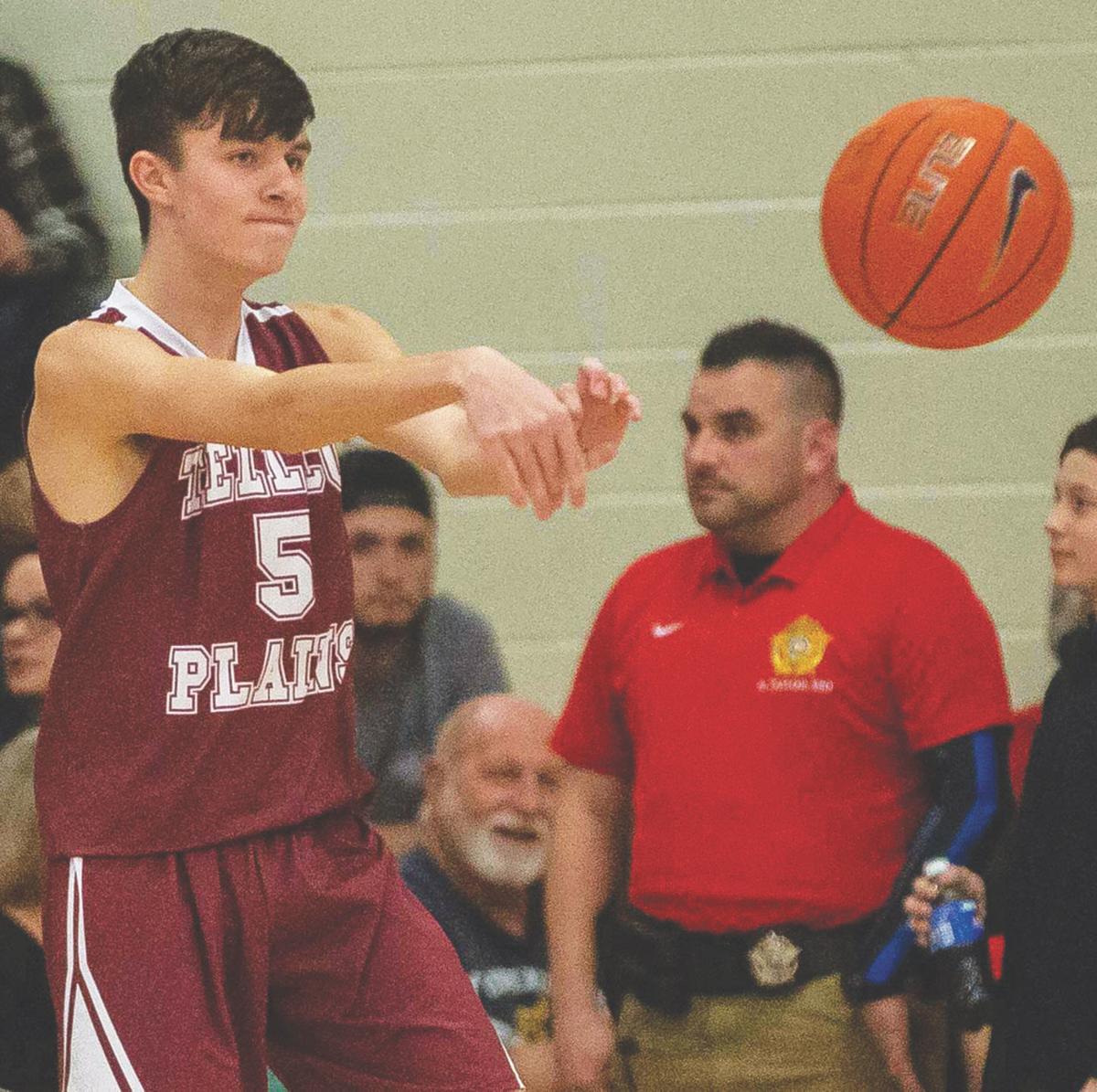 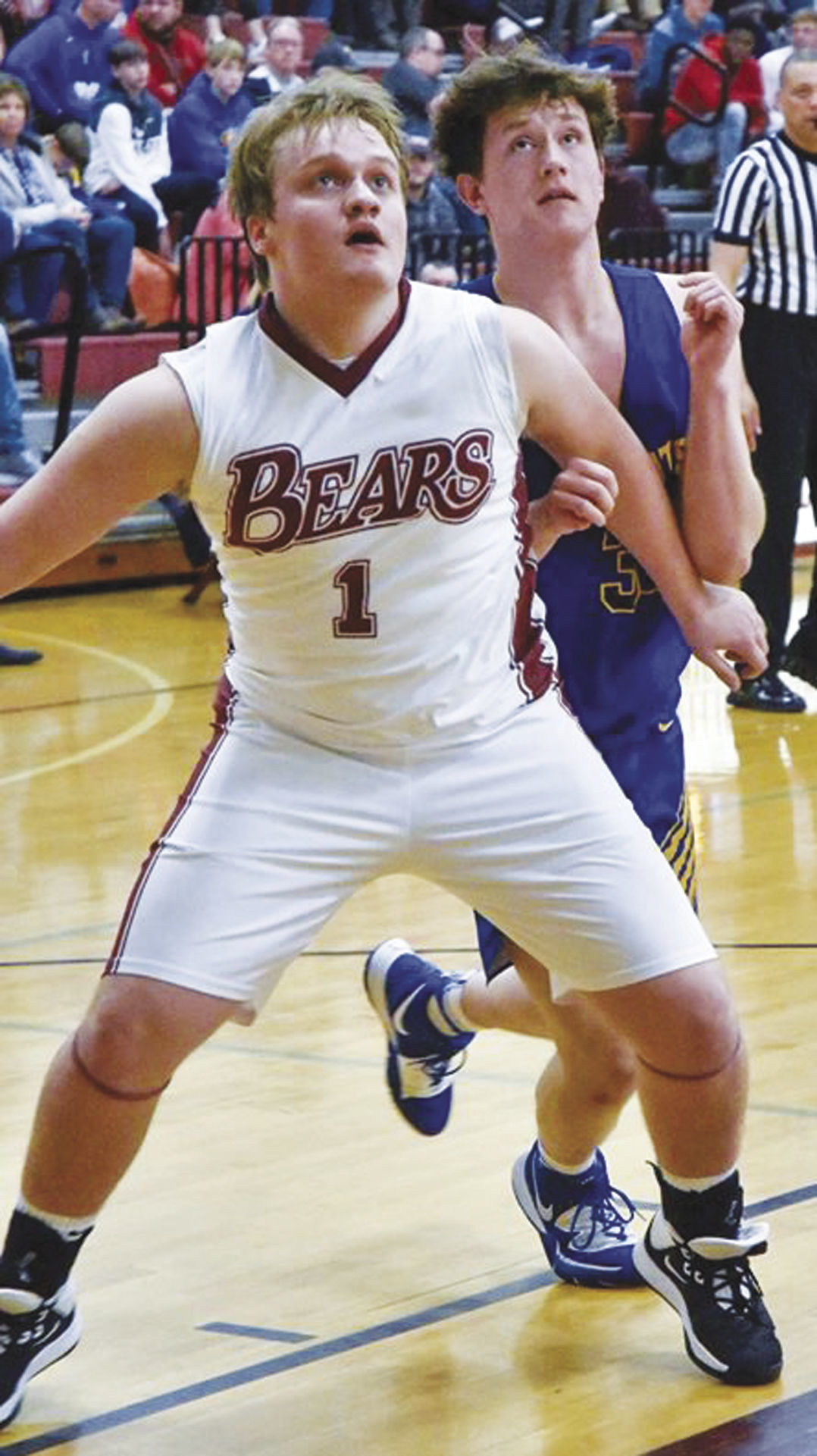 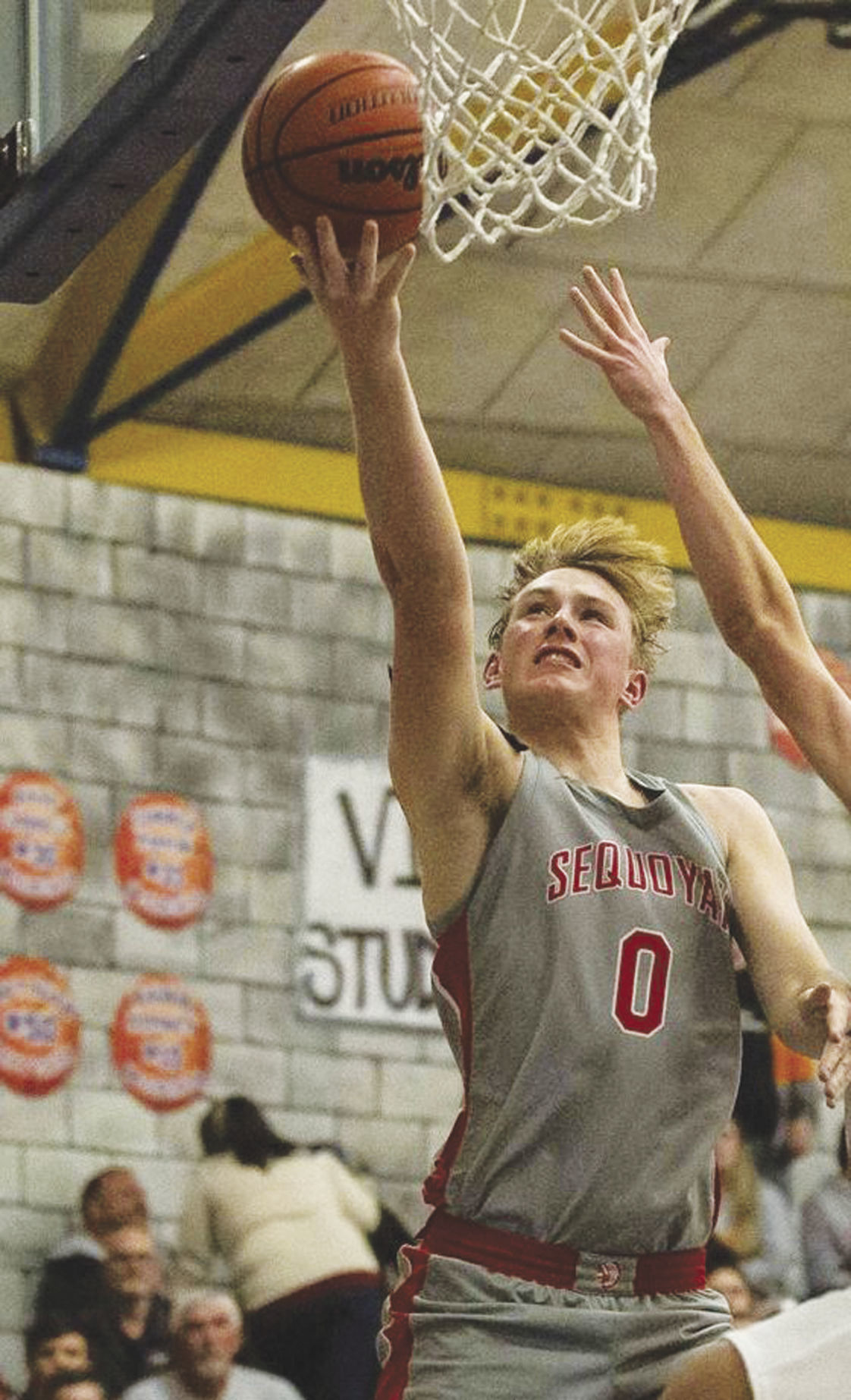 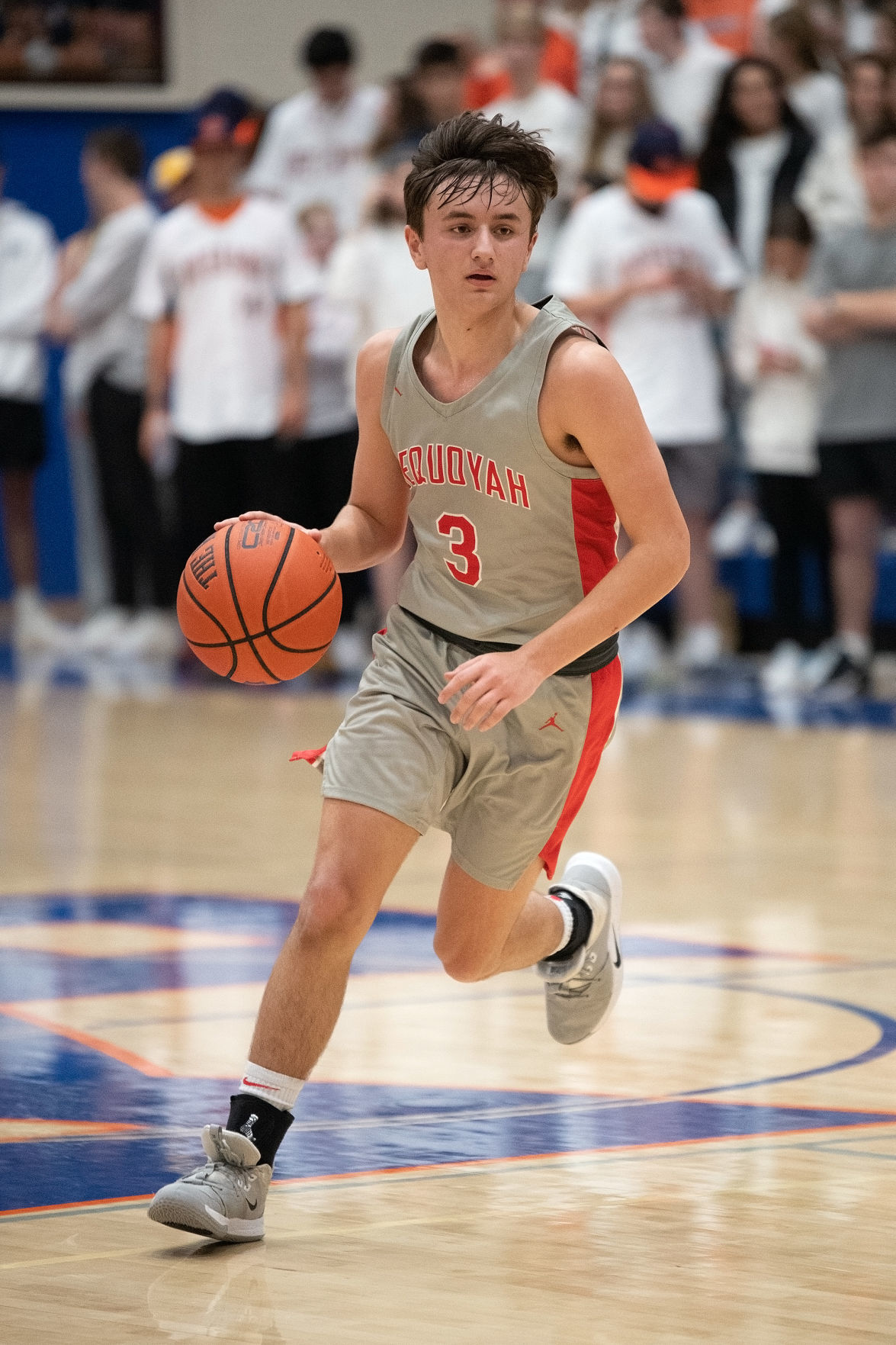 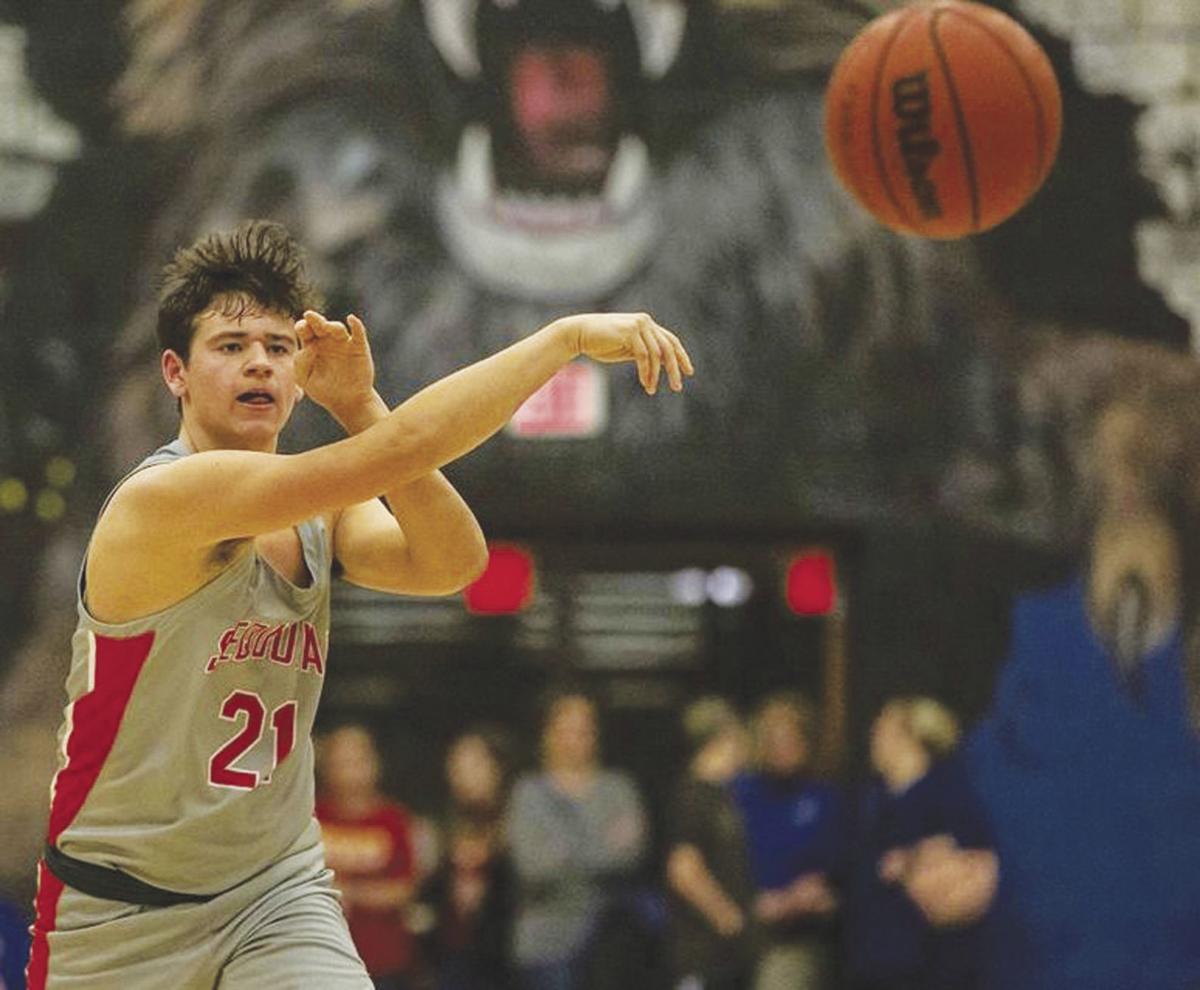 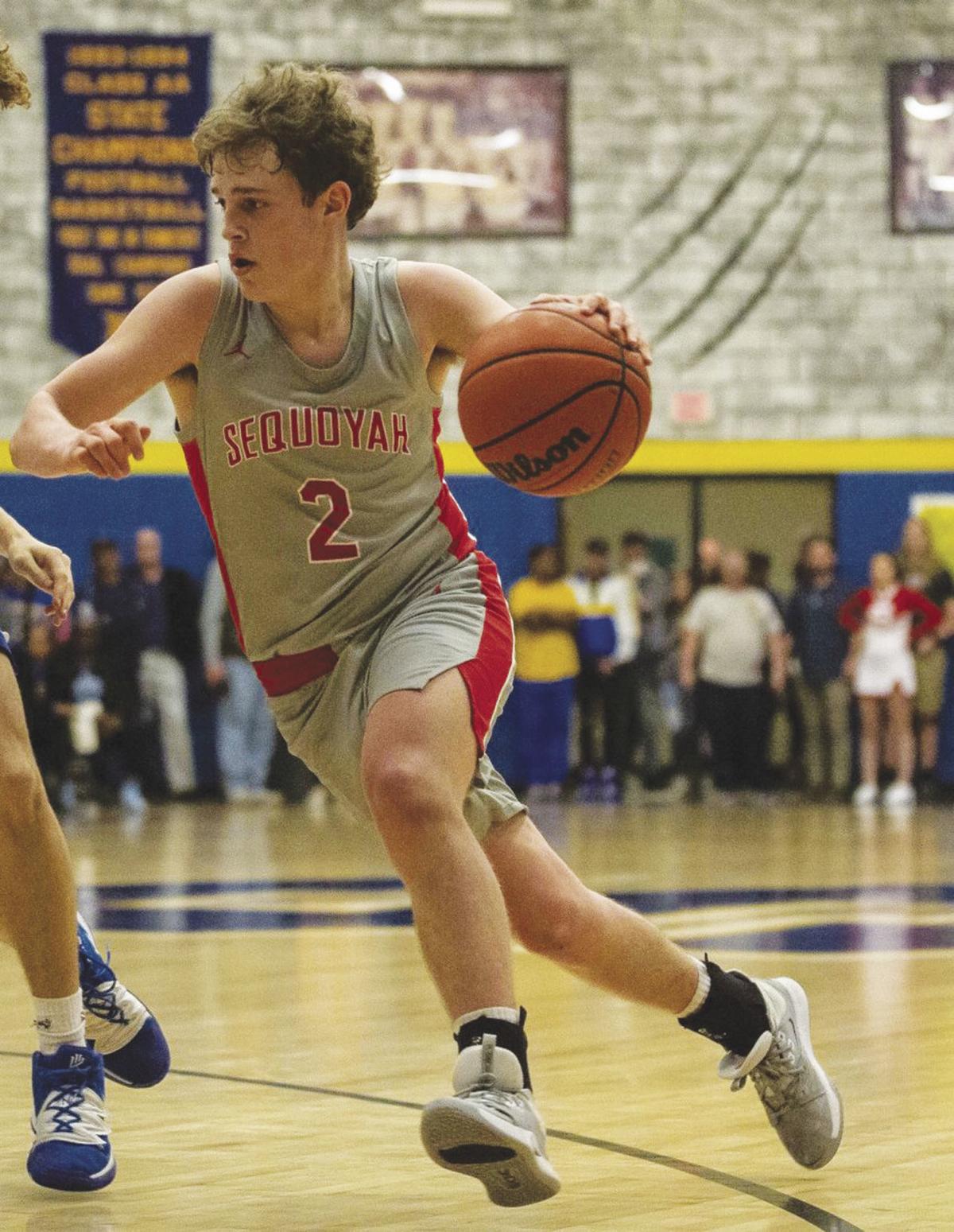 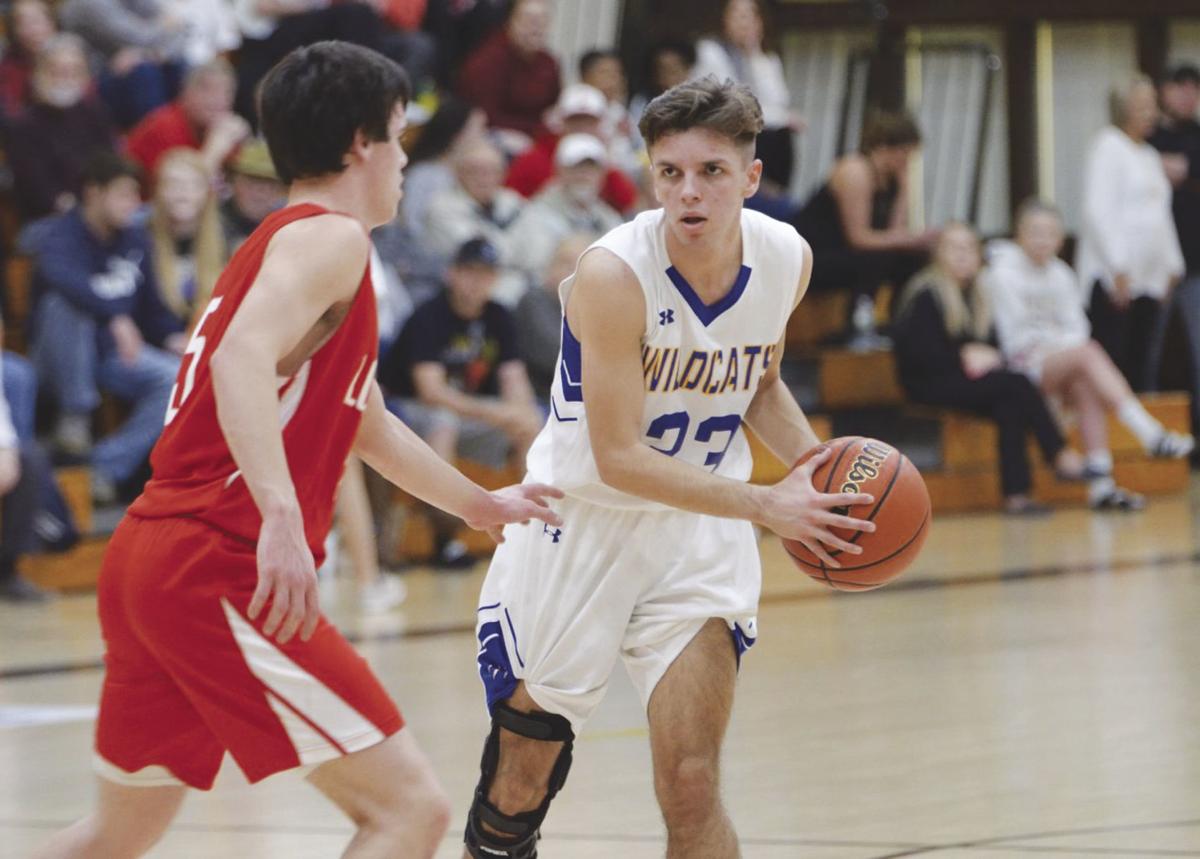 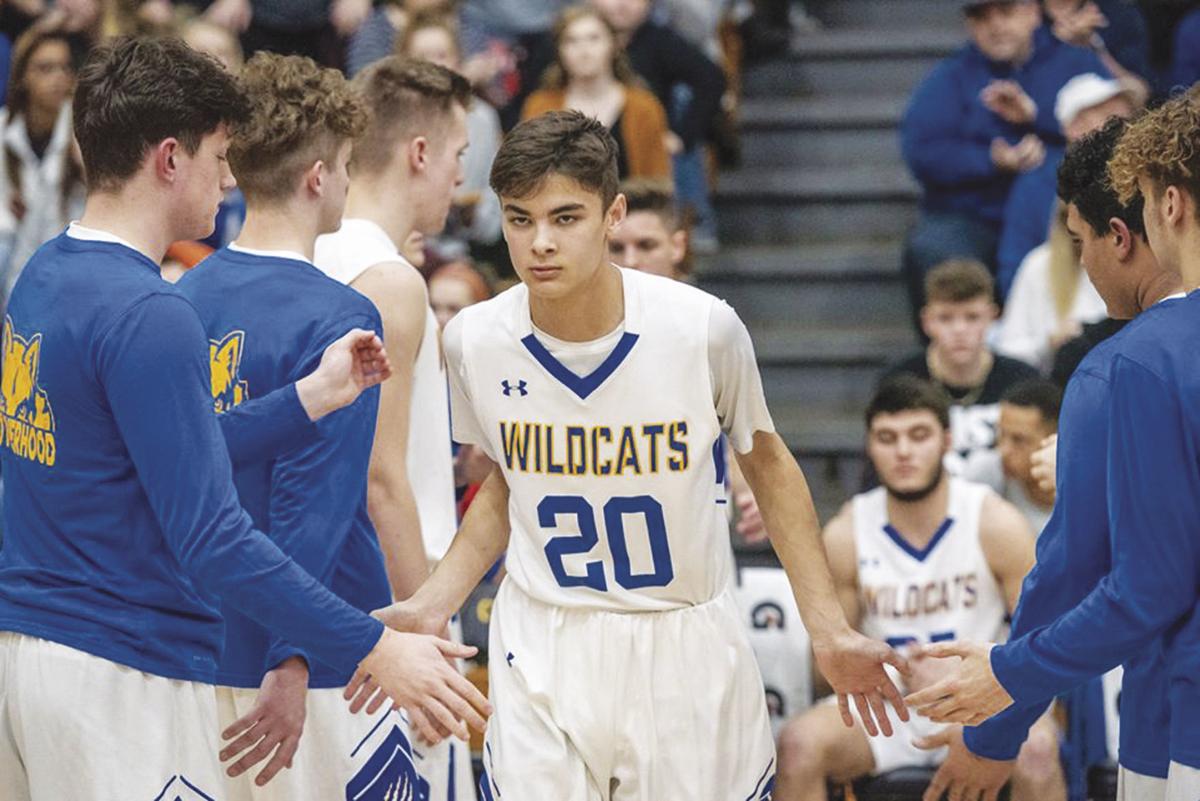 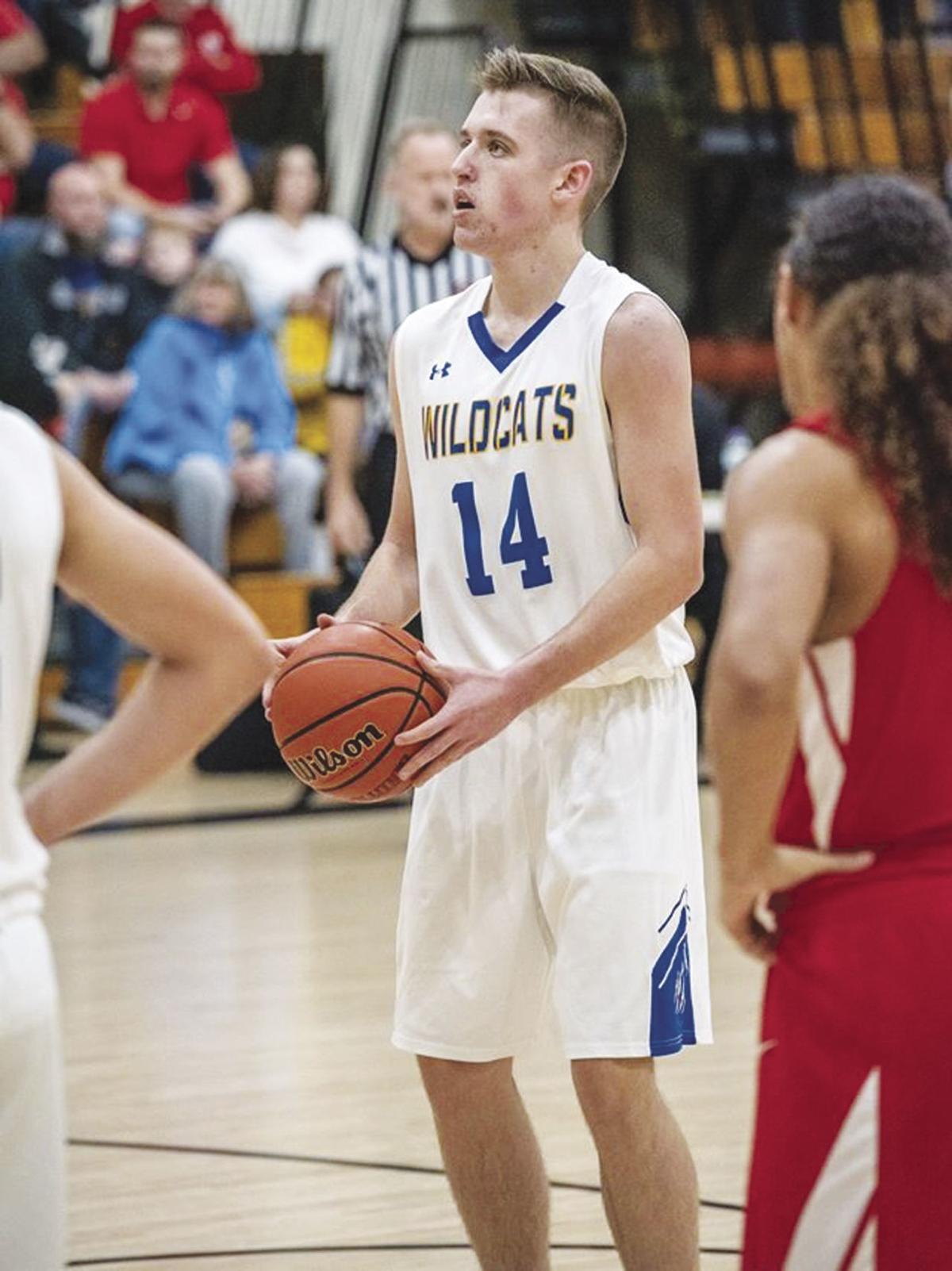 Editor’s Note: The 2020 All-County Boys Basketball Team was selected by the Advocate and Democrat sports staff through the use of coach nominations, statistics and experience through team coverage.

Dillon Stakely made headlines by scoring 46 points and hitting 14 total 3-pointers against Meigs County, but his impact stretched much farther than that. Just a sophomore, he was far-and-away the county’s best shooter, hitting 38.5% of his 3-pointers, averaging 17.8 points-per-game and knocking down buzzer-beating shots seemingly at whim. Head coach Andy Pennington and the Chiefs have to feel immensely grateful he’ll be around for two more seasons.

Although Gabe Leeper didn’t see the minutes he would have if Sweetwater didn’t have depth in front of him, he still made his mark on the season. He subbed in at valuable moments when needed and played a key role in the Wildcats’ two Harriman Christmas Classic wins. Expect to hear his name called a lot more in the coming years.

In his second season, Jeremy Henderson reaffirmed why he was a great hire for Sweetwater. In what was written off by many as a rebuilding year, his Wildcats finished at 21-6, repeating as District 5-AA champions with a title-game win over Loudon. Henderson has notched an incredible 49-9 record at Sweetwater, proving that last season’s success was no fluke and fans should be ready for much more winning in the future.

Taking over games became a habit for Evan Harris in 2019-2020. His knack for smooth shots and smart plays on the court pushed the Bears to numerous wins, and he consistently lit up the scoreboard with multiple high-scoring performances, averaging 16.2 points-per-game. That’s not something you find every day, and Harris is truly a special talent for Tellico.

Major Carter is quickly becoming one of Monroe County’s most standout athletes. The sophomore was named the 2019 All-County Football MVP, and his play on the basketball court left little to be desired as well, averaging 9.3 points and five assists-per-game. His ability to lead the Bears at the point and pace Tellico’s scoring will continue to be key for head coach David Tucker’s team in the future.

One of Tellico’s 2019-2020 seniors, Kobe Walker was vital for the Bears this season. His effective long-distance shooting was a key component of Tellico’s offense; he averaged 8.8 points-per-game. He’ll be tough for the Bears to replace next season, both in regard to on-court production and veteran standing.

Dale Rinehart has been one of Tellico’s most prominent multi-sport athletes during his prep career, and that was never more obvious than when he missed half of this season due to injury. His return greatly aided the Bears, as Rinehart could both battle in the paint and shoot the ball well. The senior will certainly be missed by multiple Tellico sports teams.

10 Missouri games to revisit while sports are canceled

Steven M. Sipple: Bootle comes off as a stabilizer, an important trait at the moment

Pennington wasn’t shy in saying that Jackson Kuberka could be the best player in District 5-AA if he consistently played up to his potential. Sequoyah’s big-man often dominated the boards and in the paint, snagging a team-high 210 rebounds and averaging 11.2 points-per-game. He’ll be more than key for Sequoyah in the next two seasons.

An important member of a strong Chiefs sophomore class, Cooper Strickland played like an upperclassman this season. He seemed to always be at the center of the on-court action, and his team-leading 65 assists showed leadership and poise well beyond his years. That gives the Chiefs a ton to be excited about for Strickland’s remaining two years.

Another key sophomore for Sequoyah, Asher Dalton scored 7.3 points-per-game and hit 24 total 3-pointers, the latter good for second on the roster. He also was incredibly efficient in free-throw shooting, connecting on 22 of his 24 attempts. Such effectiveness should only improve as Dalton gets more experience across the next two seasons.

Preston Abdulla holds lots of potential as a young multi-sport athlete. Also a promising baseball player, Abdulla performed well on the court this season, grabbing 91 rebounds and notching 55 assists. The sophomore also was very efficient from close-to-mid-range, shooting 51.6% on two-pointers.

Austin Long was arguably the most effective all-around player in the county in 2019-2020. Henderson cited him as the team’s best defender, and he led the Wildcats in scoring and rebounding. His impact was especially felt at the tail-end of the season, when he pushed Sweetwater through many of its postseason games and was named the District 5-AA Tournament MVP.

Sweetwater’s quiet leader, Carson Hicks took over as the Wildcats’ primary point guard this season and didn’t disappoint. He was a threat to knock down shots from anywhere on the floor, but it was his leadership and demeanor that had the biggest effect on his team. The Wildcats will hate having to replace him next season.

Jayce Upton might well boast the most potential of any young player in the county. The sophomore is incredibly athletic and made leaping above defenders, blocking shots and grabbing spectacular rebounds look like child’s play. He’s one to definitely keep your eyes on during the rest of his prep career.

One of multiple seniors who stepped up to fill the voids left from last year’s spectacular class, Aaron Littleton often did the dirty work, battling inside and grabbing tough rebounds. He didn’t always get the praise or have his name called, but Littleton’s contributions cannot be overlooked. His gritty work ethic and team-first mentality should prove as an example for future Wildcats.