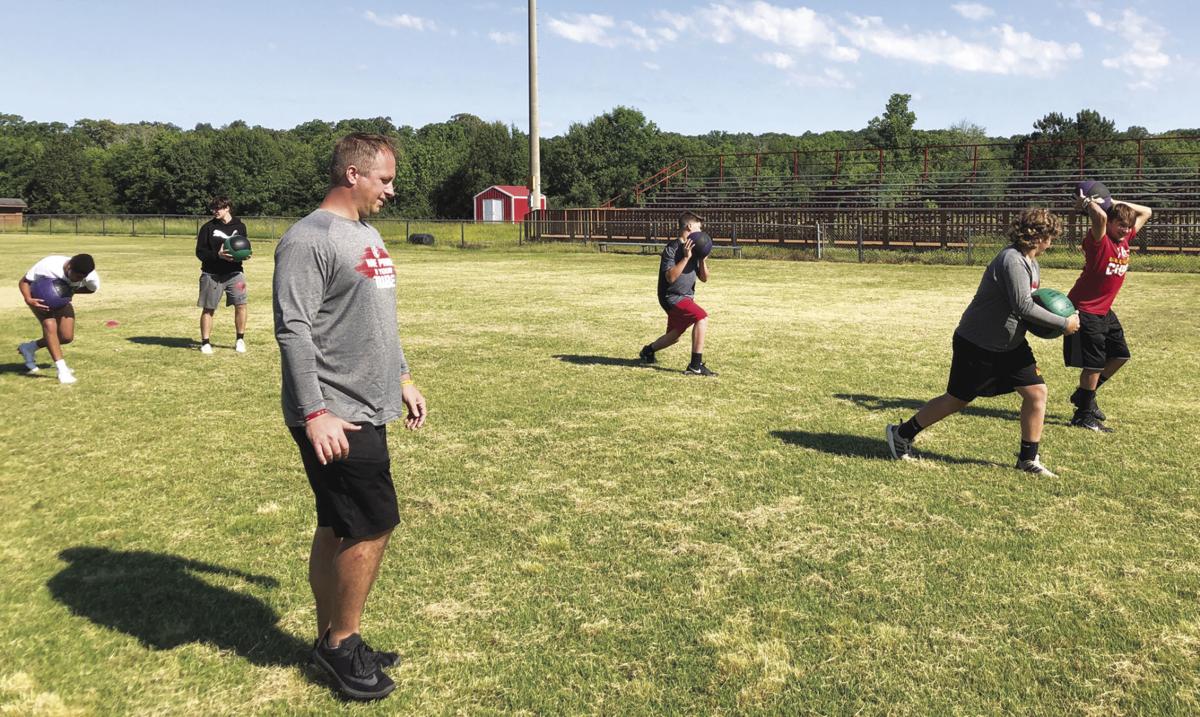 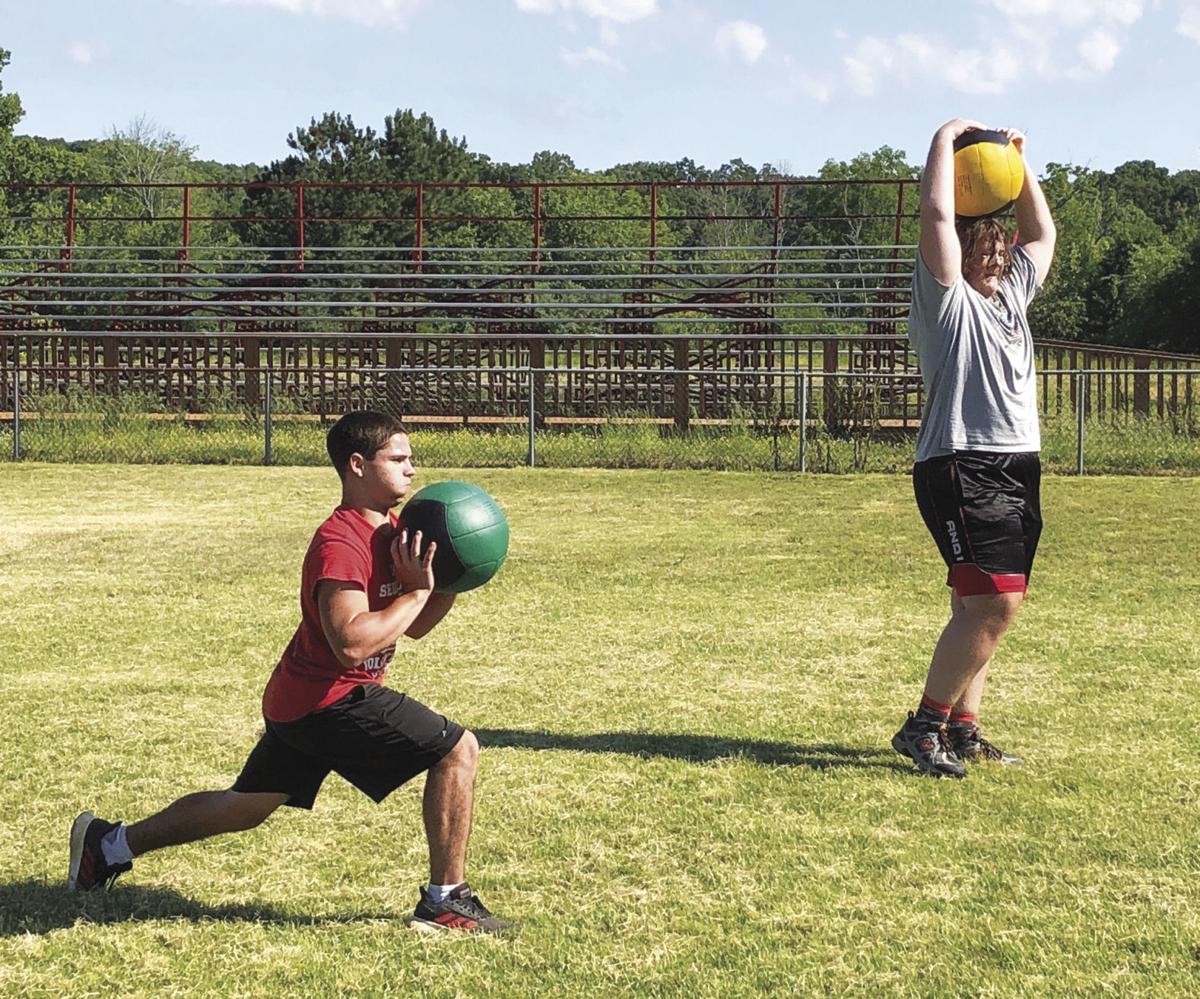 Sequoyah football players go through drills during the Chiefs’ practice session on Monday. 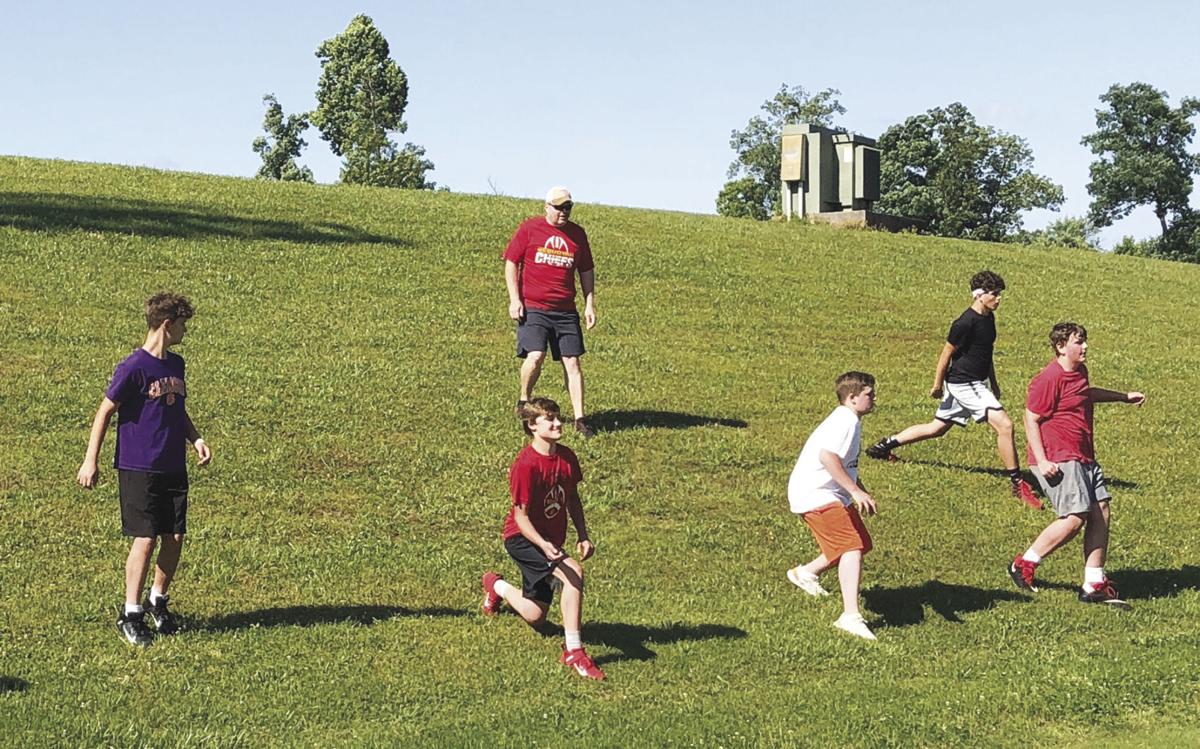 Sequoyah football players go through drills during the Chiefs’ practice session on Monday.

In a world that’s seemed so abnormal lately, there was some normalcy on Sequoyah’s football field Monday.

The Chiefs, just like the Sweetwater Wildcats and the Tellico Plains Bears, took the field for the first time this summer after being cleared for practice. Teams are finally able to work in-person while abiding by social distancing guidelines.

“We’re real excited,” Sequoyah head coach Ryan Bolinger said. “We got a good turnout today, about 50 kids. There’s a handful of them that we know aren’t here yet, out of town with their parents or they’ve got work stuff going on. We knew that was going to happen. They let us know.

“We’re just excited. Some of the freshmen coming up and just some of the growth that we’ve seen some of these kids have the two months they were off. A lot of them were working out on their own and some have just grown physically in height, which is nice.”

County teams are currently focusing on strength and conditioning, with players split into separate groups for workouts.

“(It changes) a lot of the team stuff, as far as just doing stuff together as a team,” Bolinger said. “Outside, we can do bigger groups, as long as we’re outside, which is nice. But that comradery in the weight room takes a little bit of an effect when you’re not (able to) have as many kids together as you want. You’ve got to split coaches up with players.

“It’s just a little different. I think that’s the biggest challenge is just (it’s) different. We’re not used to doing stuff like this. We’re used to having everyone together and doing agilities together, conditioning together, work out together.”

And how soon will Bolinger’s Chiefs get to start working in-person on offensive and defensive plays?

“I don’t know yet,” Bolinger said. “Not sure where we’re at with that. Other than that, we’re doing stuff online with them, video, stuff like that that we can do with them, that they can know what’s going on. That’s been the biggest thing is putting that into effect with those guys and just keeping guys at a distance, but still being able to go over some stuff.

“Luckily, a lot of these kids know already what we’re doing. We were kind of implementing that even before all of this happened with offseason workouts.”

The main priority for each county team, though, is apparent.

“Just keep kids safe,” Bolinger said. “Practice the things that they’ve been telling us, with the CDC stuff, just as far as social distancing. That’s what (the staff) met on last week is how can we do that with groups. Especially, some of our coaches can’t be here, so we’re limited with coaches, and some are in and out.

“So it’s just putting it together. But I think we’ve got a good system going. The biggest thing is keeping kids safe.”

The differences from normal practices are there. But so is the excitement and optimism for the future of Monroe County football, which seemed just a little clearer on Monday.

“We’re just excited to get back to work with them,” Bolinger said, “and getting ready for the season.”