A new option is available for women who seeking medical attention in Vonore.

“We had a really good turn out and the facility looked really nice for the event,” Harris said. “We gave away 25 prize bags to the first 25 people who came to the event. We also had several of our board of directors there, our CEO, and Rep. Lowell Russell.”

“The community reaction was very positive,” Harris expressed. “We had several people from across the county actually make appointments before they left. We are very excited for the new clinic to be open.”

SHA is currently working to regionalize their services to better suit those who live both in and outside of the county.

“We are reaching out to the community to make services available in other parts of our service area,” she stated. “We are also going to open an urgent care in Vonore within the coming months.”

“We hope this will allow individuals to receive care closer to where they live so they won’t have to travel so far,” Harris said. “Hopefully people will be more inclined to get the care that they need if it is right there closer to home. This makes care closer and accessible.”

SHA officials hope to increase the community’s awareness of their facilities as well.

“Hopefully these buildings will make people more aware of who we are and where we are located,” Harris expressed. “We are here to serve the people of Monroe County and surrounding counties. That is our mission, so the impact for us will hopefully be that more patients will be aware of our services.”

Looking ahead, they plan on adding urology and cardiology into the facility as well.

“We are going to be opening our new patient’s tower in the coming months as well that is going to have a more modern ICU,” she noted. “It will be a part of the Sweetwater campus and we hope it will help us provide more services for our community.”

State Reps. Lowell Russell (left) and Mark Cochran (center) and State Sen. Mike Bell (right) were all present and said a few words at the dedication of Memorial Park in Madisonville Friday.

An elected official who passed away earlier this year was recognized with a dedication ceremony in his honor last week.

The City of Madisonville held a Memorial Park dedication ceremony on Friday in honor of former Mayor Glenn Moser.

The ceremony was led by current Madisonville Mayor Gus Davis, who welcomed all in attendance.

“I’d like to welcome everyone to the grand opening of the Memorial Park in memory of Glenn Moser,” Davis said. “Mayor Moser loved Madisonville and he wanted nothing more than to see Madisonville prosper. He served the citizens of Madisonville over 28 years. He was elected Alderman in November of 1992 and served in the capacity until April of 2013 when he was sworn in as the mayor. He served in that role until his passing. This park is dedicated in his memory.”

Davis expressed his belief that the park will be a place where Moser’s memory will be honored moving forward.

One of the first guest speakers to take to the podium during the event was U.S. Rep. Chuck Fleischmann.

“Glenn Moser was a great man. He loved this city, he served this city long before I went to congress ... Mayor Moser was special, when he really wanted something he would come down to my office in Chattanooga and actually visit,” Fleischmann said. “He had Madisonville in his heart every moment of every day that he served and he got the job done. So to his family, I want to personally say thank you for Mayor Moser, for his legacy .... Mayor Moser’s place was a place of excellence and this park here will honor his legacy for generations to come.”

“I just want to thank you all as we gather here today to dedicate this park to Glenn Moser. We are also here to support his family,” Russell said. “I ask you to keep them in your prayers for the next few months.”

The officials then read the proclamation to honor Moser and extended their sympathy to his family.

Monroe County Mayor Mitch Ingram also expressed to the crowd his belief that Moser was “smiling down on them” during the ceremony.

“I believe he is looking down on us today with a smile on his face and not because this park is being dedicated to him, but because of people coming together,” Ingram stated. “Glenn was an outstanding mayor and over the last year and a half all of our mayors – both city and county – have been under great leadership from our governor. Today we are the number one state in the nation in fiscal responsibility, the third lowest in the nation in tax rate and one of the top destinations in the country to move in.” 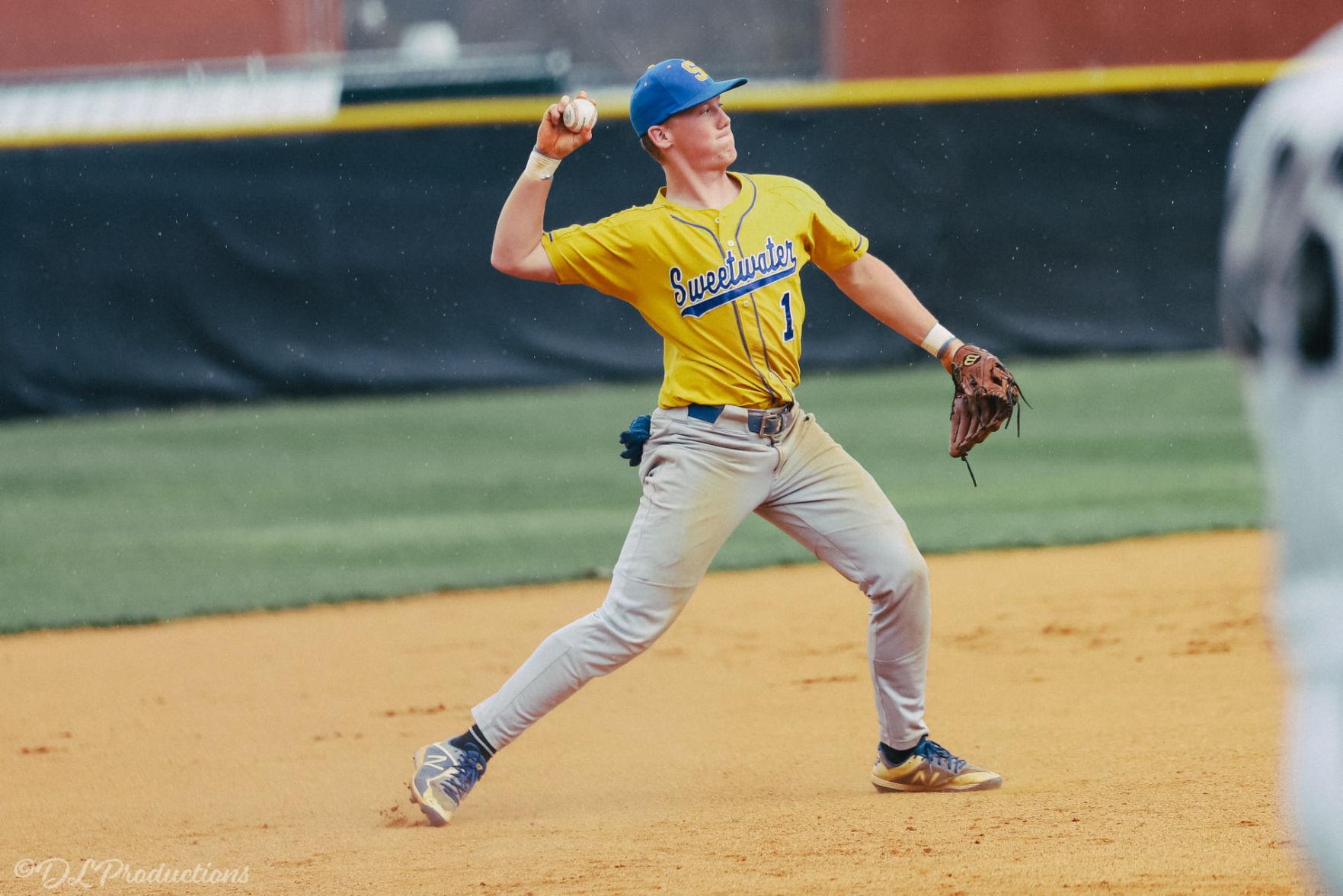 Lee was the keynote speaker during the dedication ceremony in Madisonville last Friday.

Lee spoke to those in attendance about the Moser family as well as about the State of Tennessee’s anniversary this year.

“I am very honored to be here and very excited to be here,” Lee said. “What a beautiful town and I am graced with the presence of leaders for this state .... but why we are here is because of you, the people of this community, and because of this family that we honor, Glenn Moser.”

Lee expressed that he, as well as those in attendance, were there to honor Moser’s leadership.

“We can never replace that man, but we certainly can remember him,” Lee expressed.

Lee also spoke about the history of Tennessee becoming a state.

“It is now the crown jewel of this country and we are celebrating this great state and its 225 years by traveling all over the state,” Lee announced. “The theme of our 225 is ‘Untold Tennessee.’ We are inviting people to submit the stories of the people and the places that may not be as famous as some of the famous Tennesseans that we have all known for the last 225 years,” Lee explained. “They are the real heart and soul of what makes this state the greatest in the country. Regular, everyday people who have loved their neighbor as themselves and serve them likewise. People like Glenn Moser.”

He noted people can submit their stories to Tenneessee225.com

“It is an interesting theme as these submissions come in and people talk about their communities and where they live and there is a pattern,” he noted. “When I look at this community in this county, this is God’s country. We are incredibly blessed to live in this remarkable state and the men and women who come before us, men like Glen Moser, have given us the privilege and the opportunity to live right here in Tennessee.”

Lee noted that part of his job is to protect the values, principles and rights of the state.

“It is an honor to be here and it is an honor to serve alongside these men and women and it is also the highest honor that I have to serve you,” Lee said to the community. “That is what we do ... It is the highest honor I have is to serve as your governor and, regardless of the decisions I make or the things we do that you may or may not agree with, I do want you to know something: I wake up every day and I ask God to give me wisdom and discernment to make decisions that are in the best interest of the people that live in the state that will make the life of every Tennesseean a better life.”

After more than 2-½ years, an Athens man pleaded guilty in the shooting death of a Madisonville man in 2018 and will now face two decades in prison.

The Tennessee Bureau of Investigation (TBI) said Strickland shot Garrett in the back of the head as they traveled down Highway 411 on the north end of Madisonville.

TBI investigator Colton Brown said Strickland was in the backseat and Garrett in the front passenger seat and the two began to argue. Brown said he interviewed the woman who was driving the car and she said as they entered Madisonville, she heard a popping sound and Garrett slumped forward in his seat.

The news release said the woman attempted to get Garrett to a hospital but she ended up colliding with another vehicle on the highway. Strickland then jumped out of the car and ran into a wooded area where he was eventually found and taken into custody.

No one was reported injured in the wreck that resulted from the alleged shooting.

Strickland pleaded to second degree murder, giving him 20 years at 100%. Strickland also pleaded guilty to a charge of aggravated assault for pulling a gun while someone was driving a car, putting them in fear for their life.

He received three years on that plea, but will receive credit for the two years and eight months he has already been in jail.