He believes Lee made a great presentation to inform the public of his agenda for 2021.

“I thought it was an excellent speech,” Bell said. “I think he laid out what his priorities were and the budget is going to address the needs that we have been wanting to address.”

One of the things on Lee’s agenda that stood out to Bell was the $200 million for broadband.

“On top of the announcement made (recently) by Comcast about the expansion in our area, that was due to a federal grant they had received ... now you have $200 million that the state is going to put in,” Bell stated. “We are going to make a huge dent in about 25% to 30% of Tennesseans that don’t have access to broadband, so that was a very important announcement.”

Another topic that caught Bell’s attention was the increase in teacher compensation.

“I think it was $120 million that is going to raises for our educators for everything they have had to deal with during the pandemic,” Bell noted. “The governor has set forth some money that will help compensate and increase compensation for teachers.”

He noted that many of the topics in Lee’s address this year were carried over from last year’s State of the State address.

“This address had a lot of the same elements in it that it did last year because we had to set aside so many initiatives because of the pandemic,” said Bell. “The focus on criminal justice reform, getting the constitutional carry permit passed, so some of them were some of the things that we had last year that we had to pick back up.”

Bell had a few items from last year that he is excited to see return as on of the governor’s initiatives this year.

Bell expects certain issues to become “hot and heavy” within the next few weeks. 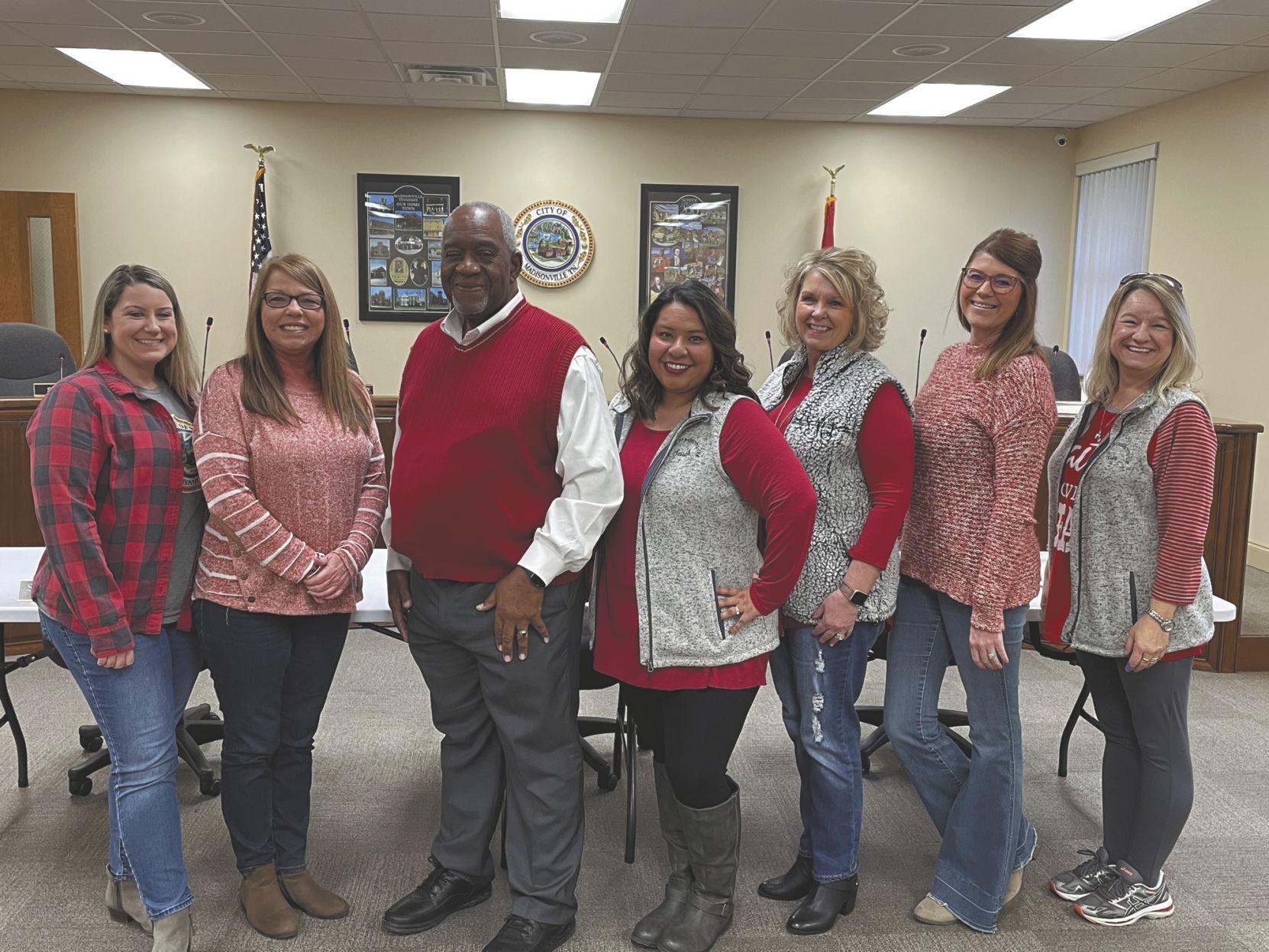 City of Madisonville employees joined Monroe County Government and other area businesses in wearing red on Friday, Feb. 5, for Wear Red Day to raise awareness for heart health. See more photos on Pages A3 and A4.

The City of Sweetwater was awarded a $75,000 tourism grant to renovate the train car in front of the town’s depot. City officials hope this will help draw people to the downtown area, including the local businesses.

Sweetwater City Recorder Jessica Morgan stated the businesses around Sweetwater are continuing to perform well during the current COVID-19 pandemic.

She believes part of the reason the businesses are weathering the pandemic so well is due to the citizens of the town.

“I think our local people are shopping local and supporting local businesses,” said Morgan. “I think that has helped a lot.”

One of the things she found interesting was the increase in local sales tax.

She believes there could be a few reasons for the increase in the sales tax.

“I think the stimulus checks had a little to do with it, but I also think that people are probably not going out of town to shop so they are spending their money here,” she noted. “There is not as much retail leakage as there normally would be.”

She hopes the trend of shopping local will continue after the pandemic.

“I hope they at least realize the impact that our small businesses have and continue to move that way,” she expressed.

She believes this trend should continue for the foreseeable future.

“I think our sales tax will stay stable. I don’t see anything that would cause it to dip drastically,” Morgan said. “We had a lot of businesses open last year and we expect that to continue with the RV and boat dealer, which will help get more sales tax.”

The new dealership “should be breaking ground soon” on Highway 68, according to Morgan.

“We expect something to be going into the Fred’s building, so we think those things are going to be a positive influx in our sales tax,” she noted.

The City of Sweetwater is able to help new businesses open and is also one of a few locations across Tennessee that is a certified SmartStart location to help and promote the creation of new businesses.

“A lot of our new businesses in the last year were grant funded either from us or from the state and I think that kind of help keeps them afloat during these times,” she said. “It is certainly fairly good that we have a state department of economic development that is focused and wants to concentrate on helping small businesses especially, so I think that has helped a lot of businesses survive the pandemic.”

She believes the local economy has recovered more quickly than what was initially expected.

“We had been real conservative with our revenue estimates for the current budget year once we realized the pandemic was going to affect it and small businesses,” she expressed. “Hotels and motels have been hit really hard, but even they have recovered more quickly than we thought they were going to so that is good news.”

State Rep. Mark Cochran (R-Englewood) believes Gov. Bill Lee’s State of the State address last week covered a lot of the areas that needed to be.

“He had a lot to go over after facing the pandemic for a year and so it is good to hear a lot of the positive economic numbers,” said Cochran. “The whole theme of the speech was strong. One thing in particular that I was happy to hear him talking about was the 10th Amendment and talking about, basically, any power not expressly given to the federal government is reserved for the states and that Tennessee would be pursuing policies that honor that and make sure that Tennessee is leading and that we are not taking our lead from the federal government.”

Cochran believes the “big headline” that came from the governor’s speech was the $200 million broadband expansion.

“It will basically be an expansion of the current program,” Cochran noted. “They feel that that would help get most of the rural area’s covered, but there will still be about 10% or so that we may not be able to help just yet.”

One of Cochran’s concerns pertains to the approach of broadband expansion.

“We definitely want to do things that incentivize the expansion of broadband,” he said. “I think we also want to look at wireless technology as far as satellite-provided and make sure that we are not investing all in fiber if that is becoming antiquated, so I think we should be careful.”

Cochran expects to see some initiatives from last year reappear due to last year’s session being cut short from the COVID-19 pandemic.

“One of the big items is the constitutional carry, that was one of the governor’s initiatives that was cut short last year, so I look forward to seeing what that bill looks like,” Cochran said. “I imagine that it would look pretty similar to the way it was written last year ... any measure that is expanding those Second Amendment rights and enabling people to carry safely, I think, is a good thing so I look forward to seeing his bill on that.”

Another issue that Cochran believes will be covered will be the transgender athlete bill.

“I think that is something that we need to address because we need to protect our female athletes,” he expressed.

The last topic that caught Cochran’s attention pertained to the governor’s initiative to make a sizable investment in local infrastructure.

“Tens of millions of dollars in local grants to local governments for capital investments, whether that be for bridges, roads, or buildings, is meaningful to any county,” Cochran said.