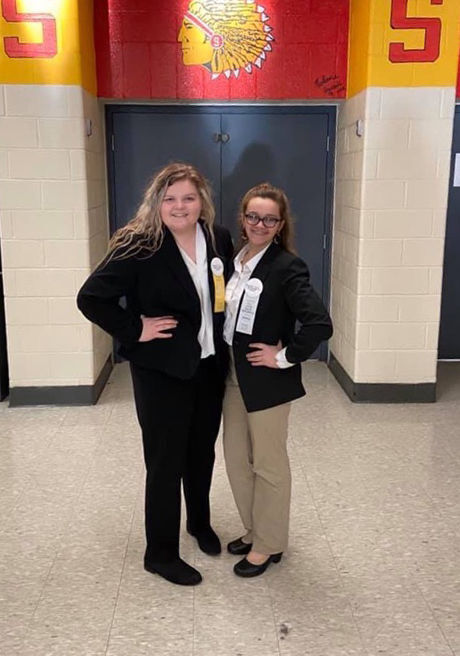 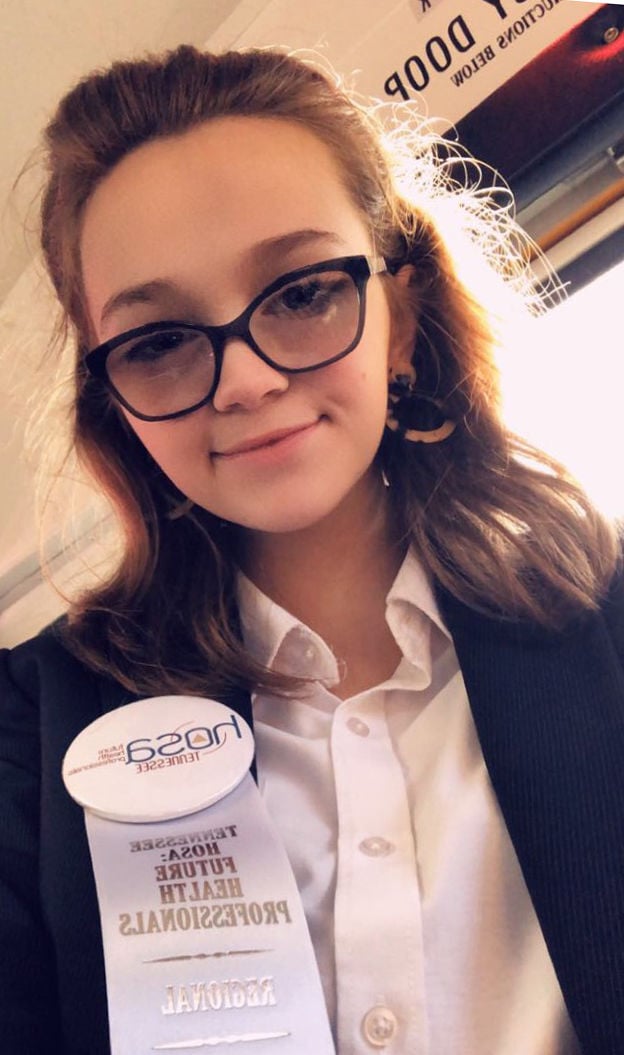 A student at Sequoyah High School, Emily “Nikki” Lawrence, is being recognized nationally as a Youth and Young Adult Ambassador by the Campaign for Tobacco-Free Kids.

Lawrence is one of three Tennessee students to be nationally recognized for her leadership in fighting against tobacco.

According to a press release submitted to The Advocate & Democrat, the three students were among 133 “youth and young adults” from 33 states who participated in the Campaign for Tobacco-Free Kids’ Digital Advocacy Symposium.

The symposium was a five-day online training session focused on building advocacy, communications and leadership skills. Ambassadors for the campaign will work to “advocate” effective policies to reduce youth tobacco use at the federal, state and local levels.

The policies include ending the sale of all flavored tobacco products, including flavored e-cigarettes that are “addicting” younger generations.

Lawrence has been involved with several groups, including 4-H, HOSA and Students Against Destructive Decisions (SADD) for several years. She joined 4-H in fourth grade, SADD in sixth grade and HOSA starting her freshman year of high school.

She stated that it was difficult to describe how she feels about becoming an ambassador against tobacco use.

“I was shocked when I got the e-mail saying that I was selected as an ambassador for the campaign,” said Lawrence. “I can’t think of a word to describe it — maybe jubilant — I’m just really excited.”

Her passion to pursue countering tobacco was brought about by seeing how it has effected some of her family and loved ones.

“When I started to get involved in this, that fire started to grow and continues to grow,” expressed Lawrence. “I’m meeting with legislators every year, doing conferences, being president of SADD, all of these things have helped me to keep growing and just keep wanting to change the world when there is so much out there that people don’t realize they are exposing themselves to.”

She has recently spoken with State Rep. Lowell Russell (R-Vonore) to draft legislation to ban smoking in drive-thrus.

“Personally, I work at a drive-thru so when people come through and they are smoking or vaping right there at the window, that is getting into my lungs and that is hurting me and everyone around me,” Lawrence stated. “I just want to continue to speak my voice and keep moving and doing all I can to keep my community tobacco free.”

What we can learn from Covid-19 for the climate crisis

Slum2School Africa wants to ensure every child has access to education

Other recent accomplishments for Lawrence consist of becoming one of two eastern regional public speaking champions in 4-H and regional meats judge champion in 4-H.

In HOSA this year she acquired third place in the region for the medical laws and ethics division competition. She is also heavily involved with the Monroe County Health and Wellness Coalition.

“Our work together has been focusing a lot on getting tobacco free parks, cleaning those up, and getting smoking areas stationed outside of the playground areas,” Lawrence said.

She also participates in leadership roles with two churches: Canvas Church in Lenoir City, where she teaches Pre-K students, and she is a part of overflow student ministries based out of the Englewood Church of God where she is also a student team leader to help mentor younger students.

“Church is definitely what pushes me to be my best,” expressed Lawrence. “My faith is something that I put as a priority, but everything else that I get to do is because of the faith ... Anything that I achieve I always say is credit to God because I’ve grown so much through my faith that it builds me to want to see a better world.”

“This just exemplifies what we know our students can accomplish,” said Evans. “Emily just shows that when a student can find their passion they blossom and I believe we can expect great things from her.”

Lawrence has also been “greatly” involved with the Monroe County Health Council with several different areas of the organization.

“The neat thing about Nikki, I think, is that she sees even more of an opportunity than just what she can do in school or in her county,” said Heather Rhymes, director of the Health Council. “She has taken it upon herself to be motivated and self driven at a state and national level. She has attended many conferences with us ... she is definitely a very outstanding young person that has a very promising future.”

Her mother, Nancy Dunsmore, also expressed her feelings for Lawrence, as well as sharing her current career plans.

“I am extremely proud of her,” Dunsmore said. “She plans to be an occupational therapist and she would like to add music therapy to that component to combine both her loves. She’s very active in church and leadership and she is just an all around great kid. We are very proud of her.”