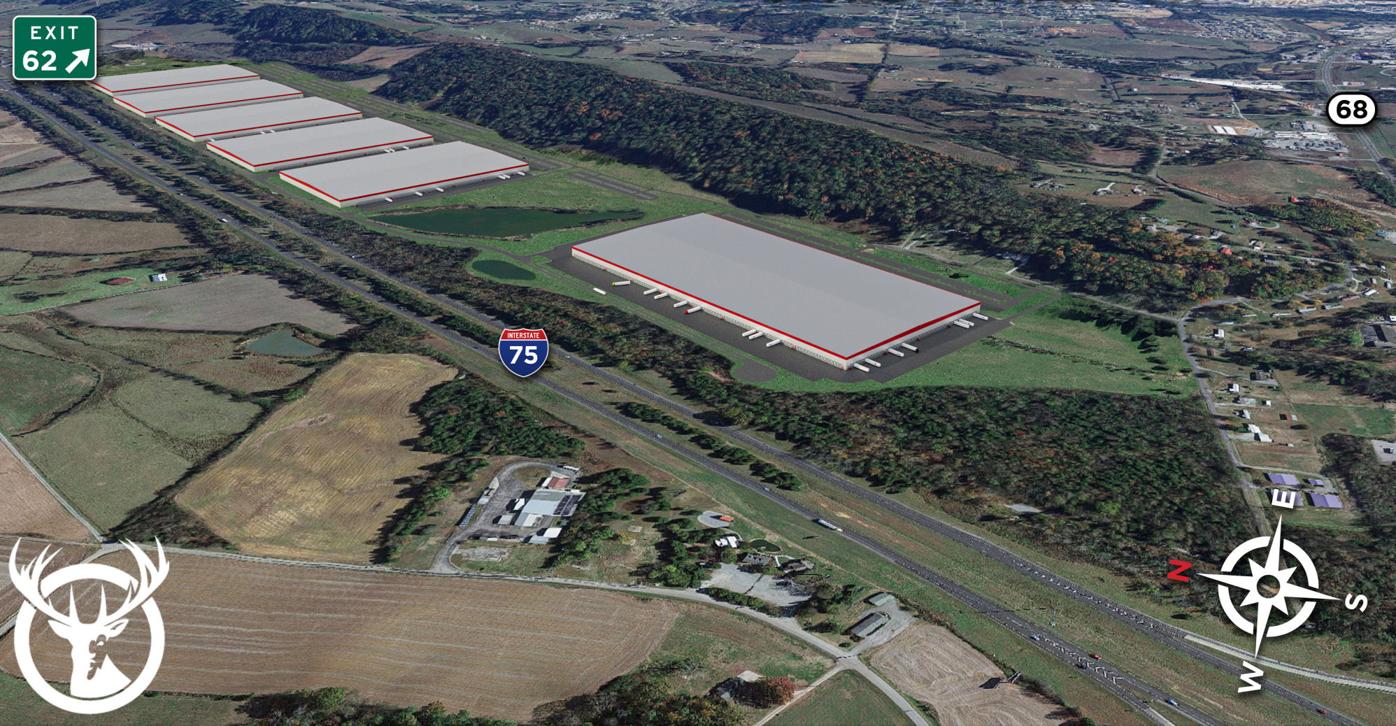 Shown here is an aerial concept of the new Red Stag Fulfillment site in Sweetwater.

Shown here is the tentative concept plan for the Red Stag Fulfillment site in Sweetwater.

Shown here is an aerial concept of the new Red Stag Fulfillment site in Sweetwater.

Shown here is the tentative concept plan for the Red Stag Fulfillment site in Sweetwater.

A 420-acre site has been assembled in Sweetwater to host a campus of distribution centers to be operated by Red Stag as it expands its capacity to store, package and ship products that range widely from furniture to pet food to electronics.

While Red Stag participates in complex global supply chains and has clients from all over the world, it was started in East Tennessee.

“I am so excited to welcome Red Stag Fulfillment Distribution Campus and their leadership team of Dustin Gross and Jordan Mollenhour to Monroe County. Without question the economic impact to our county and community will be immense,” Monroe County Mayor Mitch Ingram said. “eCommerce is certainly the niche market and the way of the future and Monroe County wants to contribute to this cutting edge technology. A huge congratulations and thank you to the City of Sweetwater and Sweetwater Utilities Board for leading and securing this partnership.”

With direct access to State Route 322 at I-75 Exit 62, the site will have minimal impact on traffic in the area, but is expected to bring an estimated 3,500 jobs and millions of dollars of additional tax revenue, once fully developed.

Red Stag is evaluating other sites in the East Tennessee region but has selected the Sweetwater site due to what officials said was “a welcoming atmosphere and collaboration with the community.”

“If the people of Sweetwater are supportive of this project, our goal as the developer will be to waste no time, break ground this spring, and deliver Building A to Red Stag as soon as possible,” Mollenhour said.

The Sweetwater site is being designed to become the largest of Red Stag’s campuses with up to 4.5 million square feet of space.

“Red Stag is part eCommerce, part logistics, part software, and part distribution center,” explained Eric McCollom, president since 2013. “Our team is dedicated to being a model place to work and to serving our clients with excellence — the two go hand-in-hand.”

Construction will commence with Building A, followed by the development of subsequent buildings as space is required.

“Our business continues to grow and our clients will soon need more space,” McCollom explained. “Our team is excited at the prospect of a distribution campus this close to I-75 and situated so nicely within the surrounding community.”

The 420-acre site has been assembled from six separate tracts and will be tucked between a ridgeline and the interstate. The preliminary plan calls for the site to be accessed by a private road that will intersect State Route 322 only a few hundred feet from the interstate ramp.

“It’s hard to imagine a better or safer means of supporting the traffic that will be generated by these jobs,” Mollenhour noted. “The site will be easily accessible and it will have almost no impact on surrounding traffic patterns.”

The buildings will consist of both office space and warehouse space as well as other amenities to encourage a safe, healthy work environment. The design concept involves pre-engineered steel structures with high-efficiency LED lighting, energy-efficient insulation, engineered automatic fire suppression systems, and many other features that have become best practices in modern, large-scale distribution centers.

“We put a lot of thought into making sure that our team has the support and atmosphere they need to facilitate rapid growth while maintaining our brand promises to our clients,” McCollom added. “These buildings will be state-of-the-art.”

Van Jones: This is a make or break issue for Democrats

Sen. Coons: Dems will have other chances to raise minimum wage

There could still be logistical changes to the site, officials noted.

“It is important to remember that a project this size involves a great deal of planning that can be impacted by topography, traffic studies, soil studies, surveys, environmental regulations, building codes, and input from dozens of stakeholders, ranging from engineers to public officials,” Mollenhour said. “Please keep in mind that the project is still under evaluation pending collaboration with local officials and the plans are subject to change. We are providing useful information as it becomes available.”

Once complete, the project is expected to increase Sweetwater’s annual tax revenue by an estimated 33%.

• $3.3 million annual tax contributions to the State of Tennessee

“These estimates do not include additional benefits that will arise from increased patronage of local restaurants, retailers and other businesses within the Sweetwater community that will generate income and further increase the tax base,” stated a news release about the project. “A portion of the project’s economic impact will be realized almost immediately when construction begins on Building A and the balance will be realized over time as additional buildings are completed. The estimates are based on the entire project, after all of the proposed buildings are completed and operational. No tax credits or other incentives have been requested, though some may later apply and impact the estimates shown. The actual rate of development will depend on Red Stag’s growth and capacity requirements at the Sweetwater campus.”

The Mollenhour Gross development team is working on site design and coordination with Sweetwater officials to obtain the required zoning and permitting approval.

“Mayor Doyle Lowe and Planning and Development Department Director Chuck Whited have both been very helpful in coordinating this effort. I look forward to working with them, the City of Sweetwater staff members, and everyone on the Planning Commission and Board of Commissioners,” Mollenhour said. “This is a fantastic opportunity for all involved and we will need their help to get it done in time.”

Over the coming weeks, the site will remain under evaluation by Red Stag while due diligence is conducted by the development company and while Sweetwater officials vote to approve or disapprove the plans that are presented.

“It is important to us that an investment of this size is complementary to and welcomed by a community and its leaders,” said Gross.

“Having grown up in East Tennessee, we are committed to maintaining an open line of communication and to helping this region become home to firms like Red Stag,” Mollenhour added. “Updates will be announced periodically as new information becomes available. We simply ask that everyone take the time to understand the project and what it means for the community – it really is an incredible opportunity for Sweetwater and for our native East Tennessee.”