Shown here is the current outdoor housing for dogs at the Monroe County Animal Shelter. 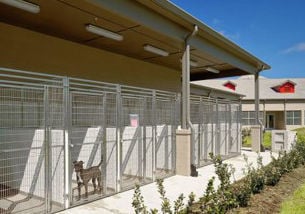 Shown here is a rendering of what the new outdoor dog housing at the Monroe County Animal Shelter would look like under the current proposal. 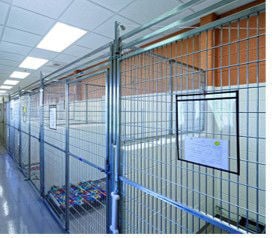 Shown here is a rendering of what the new indoor dog housing at the Monroe County Animal Shelter would look like under the current proposal.

Shown here is the current outdoor housing for dogs at the Monroe County Animal Shelter.

Shown here is a rendering of what the new outdoor dog housing at the Monroe County Animal Shelter would look like under the current proposal.

Shown here is a rendering of what the new indoor dog housing at the Monroe County Animal Shelter would look like under the current proposal.

The proposal was for MCFA to privately fund a new facility and it asked the county if they would make a 50-50 split of direct operating costs of a new shelter.

The release stated that the commissioners agreed to take the “next step” and examine the proposal in detail in the financial management committee.

By the parameters of the proposal, MCFA would build the new facility within four years and would manage it as well as incur all the additional costs of the new shelter and hire a shelter director and a staff of employees.

“The county would agree to contract with MCFA in an amount that is essentially what they are spending now,” the release stated. “This public-private arrangement would, by MCFA’s best estimates, result in a 50-50 split of the direct costs of operation.”

MCFA started the county’s first and current shelter in 2004 and has contributed to the shelter’s cost since the beginning.

“Currently the county funds two-thirds of the shelter’s operating costs, paying for staff salaries, rent and utilities,” according to the release. “MCFA contributes one-third of the current shelter’s costs, funding the animals food, medicine and medical treatment.”

Jon Ossoff defends claim that GOP senator is a 'crook'

Ripple effect of trauma: A violent encounter in 2013 still has an impact today

Plans for a new shelter started years ago, with the organization setting aside money where officials could to pay for the new building.

Land has already been purchased in Madisonville and has had preliminary design work done for the shelter.

“Before the group begins its fundraising efforts to privately fund a new shelter, it wants the county to agree to sharing the operational costs,” the release continued.

The current shelter is a former vet clinic that the county leases and is not designed to be used as a permanent animal shelter.

“It was only intended to be a temporary solution for the county’s shelter needs,” said MCFA President Jim Barrett in the release. “The facility is now old and deteriorating. Floor coatings and ventilation were never provided, dogs are housed outside in small kennels and must endure the harsh summer heat, rain and cold winters.”

He also noted the kennels do not have individual waste drains and staff must work in “cramped, unproductive conditions” due to the rooms being too small.

“We were in dire need for a shelter when we partnered with the county to open the shelter more than 15 years ago,” said Barrett. “At the time, the county didn’t have a shelter and we literally had thousands of homeless animals out on the streets. We were fortunate to find the former vet office ... now it is time for us to replace the temporary facility with a new facility and to assure its future funding.”