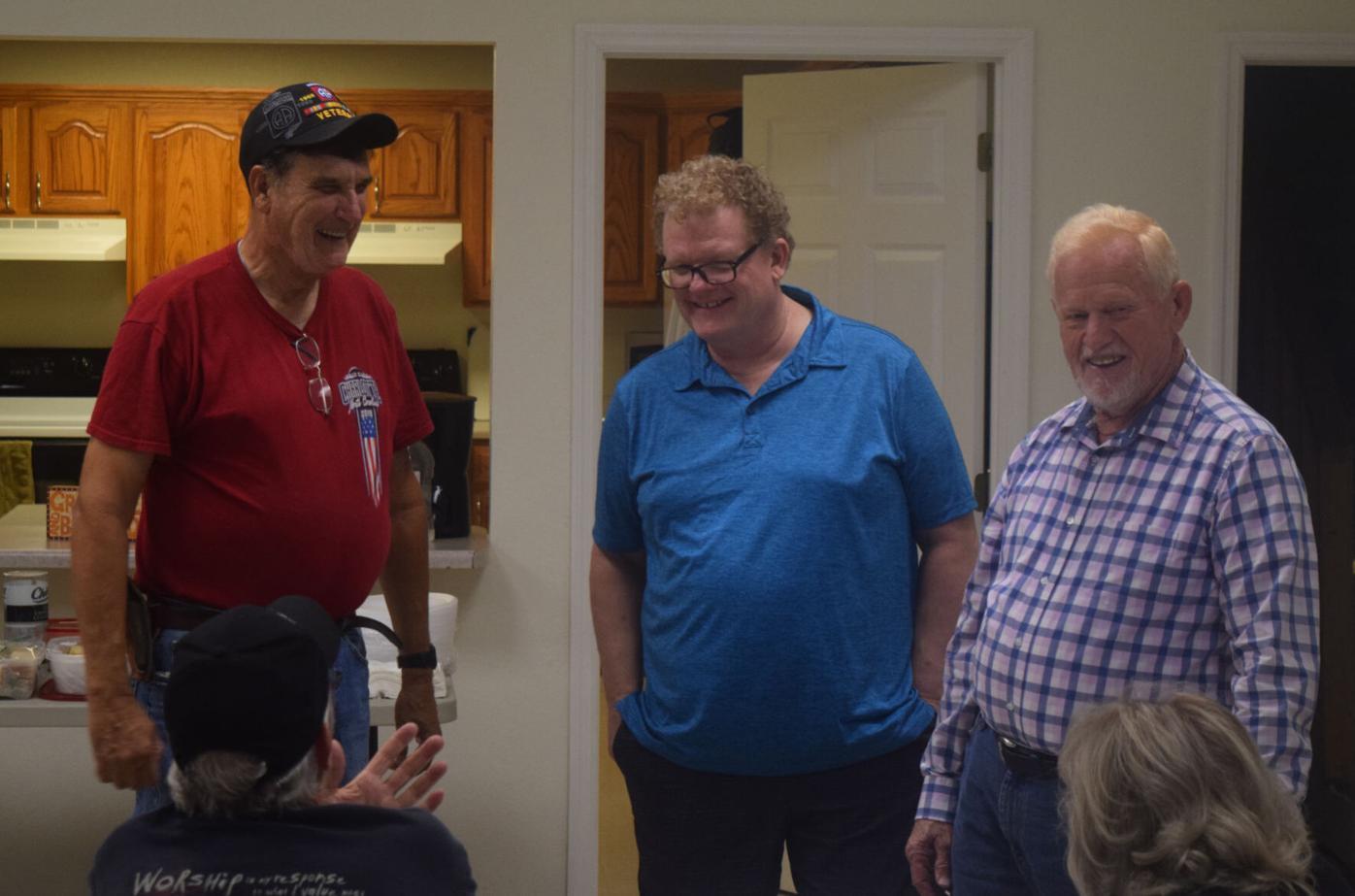 Tommy Pearce (center) and his biological father, Bobby McDowell (right), met face-to-face for the first time last week after Pearce was able to track his father down using a DNA test. The two held a celebration in the McMinn County portion of Sweetwater with members of the family. 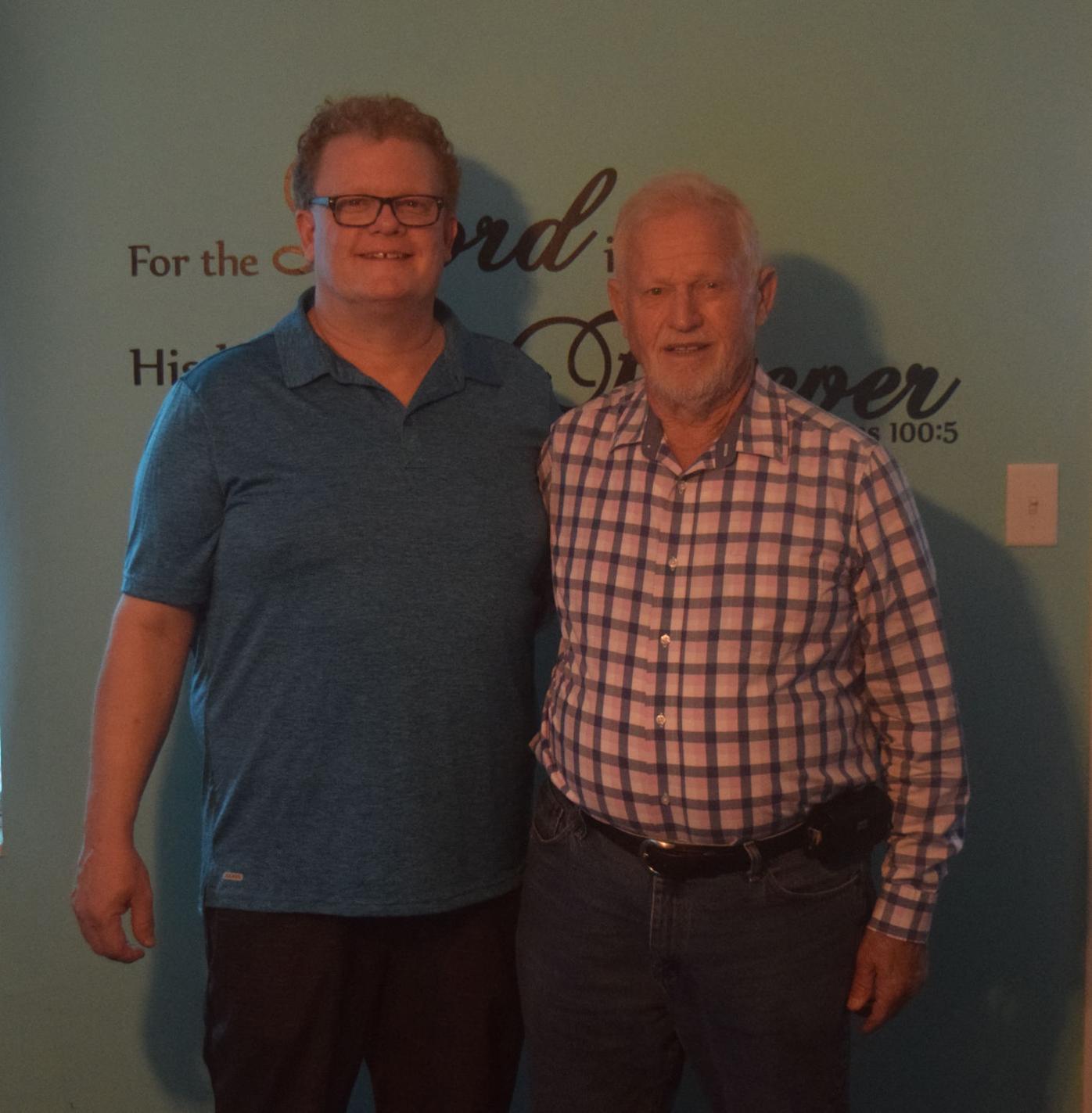 Tommy Pearce (center) and his biological father, Bobby McDowell (right), met face-to-face for the first time last week after Pearce was able to track his father down using a DNA test. The two held a celebration in the McMinn County portion of Sweetwater with members of the family.

A father and son met each other for the first time last week after years of not knowing the other existed.

Tommy Pearce, a resident of New York City, contacted a local man of the McMinn-Monroe county area, Bobby McDowell, after learning that McDowell was his father.

“I always had a suspicion that the guy who raised me wasn’t my biological father so I caught my mother at a vulnerable moment when her mother passed away and I asked her if there was a chance that Tom Pearce isn’t my biological father and she said ‘yeah,’” Pearce said. “That was in 2014 or 2015 and just to make sure, my brother and I did a DNA test and it came back that we were half brothers, so I knew it was for real.”

Pearce said his mother couldn’t remember the name of his biological father because the relationship had been short term.

“I was kind of left hanging for a long time so I signed up for ancestry.com, they take your DNA as well, and they show you what parts of the world your family is from,” Pearce noted. “It is a big database and they compare them, so immediately there were third and fourth cousins that came up and some of them had family trees, which some of them belonged to my mother and others were like 10 generations back, so it was like a puzzle.”

Pearce stated a friend was able to help him pinpoint a specific person through her sister, who is a genealogist.

“Within an hour she said ‘I think it’s this guy, does Tennessee have any meaning to you?’ I told her no and she said that Tennessee comes up a lot,” he expressed. “She was able to pull up his family tree and a lot of other information, which I kept for about a year but I didn’t know what to do so I just did nothing. And then out of the blue his nephew came onto ancestry.com and immediately popped up as a first cousin which was the first time somebody that close had come up.”

After communicating to his first cousin through the website he eventually worked up the courage to call McDowell.

“I actually got the nerve to call him and I spoke to his wife, we spoke for like an hour, but I didn’t exactly tell her what I was looking for. I just told her that I was doing some family research,” Pearce said. “I called back and there he was (McDowell). We talked and at first, he had heard from her conversation (his wife) so he started talking about his uncles and his parents and then I started walking him through saying, ‘did you use to live to Pennsylvania?’ ... We talked and I told him that I think there was a chance that he met my mother there and that I think that he might be my dad and then there was a silence there and it was very hard to get that out because I didn’t know how he would react.”

McDowell, who currently lives in the Sweetwater portion of McMinn County, stated after speaking with Pearce and going over specific circumstances of his time living in Pennsylvania and about his mother he knew “right off” who and what Pearce was talking about.

Simulations Plus celebrates 25-year anniversary with $25,000 gift to nonprofit Dispensary of Hope

“I told my wife that we wouldn’t need to have a DNA test if he looks anything like me because I know that I was there,” McDowell expressed. “When he first called my wife and said that William McDowell was his first cousin my thoughts were, My dad’s name is William, he had a son named William, and he had a son called William, which was the one that Pearce was talking to, but I was trying to go backwards because I didn’t know what he had called about or anything. Then when he said William McDowell is your nephew and that he and William were first cousins and then when he told me about the situation and that he thought I was his dad I realized it because I could remember the times.”

Pearce and McDowell united in person last Wednesday for the first time and held a family reunion on McDowell’s side to introduce his son to the rest of his family.

“It was a joy to me to be able to meet him,” McDowell said. “If I had known that he was out there I would have been looking for him much sooner because it was before I had ever met my wife and she has accepted it and is glad to be his stepmother. It has all been good.”

Pearce stated his journey searching for his dad had taken a dark turn several years ago.

“I had gone down a different avenue about five or six years ago that went kind of bad because there was somebody in the area (where he lives) that I thought was my dad and I looked a lot like him,” Pearce recalled. “Turned out that it wasn’t him and there are some bad feelings there, due to his reaction of not being very reciprocating, so I was hesitant to do this again but I am glad that I took the chance. Even if he would have said ‘I don’t care’ or ‘what do you want me to do about it?’ I was prepared for that but at least I would have known because the wondering was killing me, so for me this has changed my life.”

He would like to encourage anyone facing similar situations to pursue information to find their birth parents.

“I had convinced myself, pessimistically, that he had probably already passed away or at this stage in his life he could have told me to just leave him alone or something like that but I would have been better off knowing that I had contacted him,” Pearce expressed. “Keep trying, try any avenue. More and more people are taking the DNA test and the database just keeps getting bigger and bigger so you are definitely going to find some relatives, so I am glad that I did. On one hand I wish that it had happened earlier but on the other hand everything happened so perfectly that I wouldn’t even change it at this point.”

McDowell would also like to encourage others to search for their biological parents as well.

“If the parent is anything like me then they would want to know,” he exclaimed. “If I had known that I had a son I would have been looking for him, so I would just encourage people be cautious on how you handle it but a half decent guy will accept the situation and if he doesn’t accept it then at least you would know how they are.”

Pearce and McDowell hope to get together as often as they can now that they have been reunited.