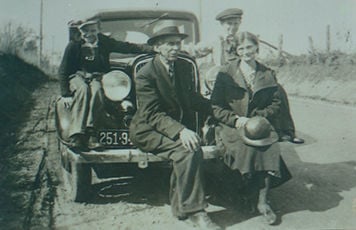 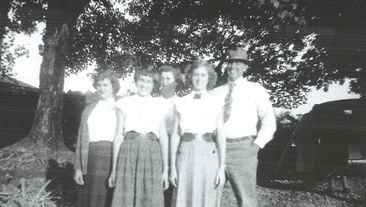 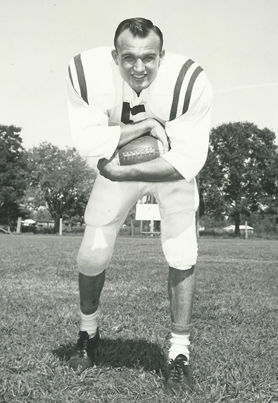 Shown here is an image of Austin Miller.

Shown here is an image of Austin Miller.

Today, under the cloud of COVID-19, many Monroe Countians may long for the good old days.

Whether you claim Madisonville, Tellico or Sweetwater, “People of Vonore 2020” just might scratch your itch for heartwarming hometown fun.

Readers can enjoy the inside scoop on former VHS Principal Mike Lowry’s romance with wife Jan Henson. First meeting at the Hiwassee library, “Allan Benton later mused at how radiant Mike was as he described the beautiful Georgia girl … The two youth had both miles and time against them as they pursued their education and early careers. On his visits to Jan’s Georgia home, he would sing to her the lyrics of Bob Seger, ‘Someday lady you’ll accompany me.’ One day, she did.”

If you’re in need of a sports laugh, try Tom Steele’s account of the 1956 Vonore vs. Meigs County football game. It “was going badly, and in the third quarter a huge fight broke out. The bleachers on both sides emptied onto the field, and fists were flying everywhere. Coach Gregory tried to stop it. He would break up one fight, turn around and pull the same guy off another man, and then another. After the game Coach said, ‘That’s the fightingest man I’ve ever seen!’ He didn’t know it was two fans, identical twins, Reese and Reed Strickland fighting that day. Meigs won the football game, but we won the fight.”

To relive simpler, happier times, consider Marlene Sloan Willhite’s childhood memories of night fishing with her parents, of making (and enjoying) strawberry preserves, or of sneaking through a garden plot to visit her friend Barbara, “thinking that if I didn’t go on the road, I wouldn’t be in trouble … wrong!”

Or Nancy Proffitt’s first trip to Snyder’s Store. “I climbed the old steps to the wooden porch and went into the dry goods part of the store first … surprised to see the tables covered with bolts of cloth which were so pretty … You will not find a small privately owned store like this today.”

Donté Stallworth on NFL's Black anthem issue: They have to do a lot more

If your local roots aren’t as deep the Willhite or Steele families’, no worries —Vonoreans are a welcoming bunch, as captured in Carole Deaton’s story of how she discovered the community as a girl. “‘My aunt and uncle have a cabin in the mountains — they’ve asked us to come and stay a week with them.’ ‘That’s great!’ I squealed. ‘Where is it?’ ‘I dunno,’ she replied. ‘She’ was Susie Trotter, a friend, neighbor and schoolmate in the Knox County community of Powell. It was the 1950s, and we were both 10. We sat in the back seat of her uncle’s Chevy Impala and travelled what seemed like forever down a very straight two-lane highway. Before turning toward the mountains we stopped in a little town named Vonore. It had a 1st through 12th grade school, gas station, motel and a small store. We got supplies there and went on up to the cabin in what I now known as Citico. We had a wonderful time floating down the creek, going to church with the locals and eating her aunt’s wonderful cooking. It was a great time. Little did I know that 20 years later I would be living near that little town. We raised our family there and my children went to that little school.”

Whether your family’s been here for generations or just moved in last week, “People of Vonore” is sure to warm the heart of anyone who shares a love for small town America, and especially anyone who loves Monroe County. This year more than a dozen new entries have been added to the original 2016 submissions, including retired Army Colonel James Paul Graves; Vonore Heritage Museum pioneers Barbara Wolfe and Charles “Bud” Barnby; and former Vonore Police Chief Reid Lindsey.

To see the full list, use the “Look Inside” feature at Amazon or drop by the Vonore Museum (downtown, by the library) to pick up your copy. They’re $20, with all proceeds benefitting the Vonore Heritage Museum – call 423-884-2989 to confirm hours of operation.

“We at the Vonore Historical Society hope you enjoy and offer our thanks to the families and individuals who took the time to make ‘People of Vonore 2020’ the local gem that it is,” stated officials.