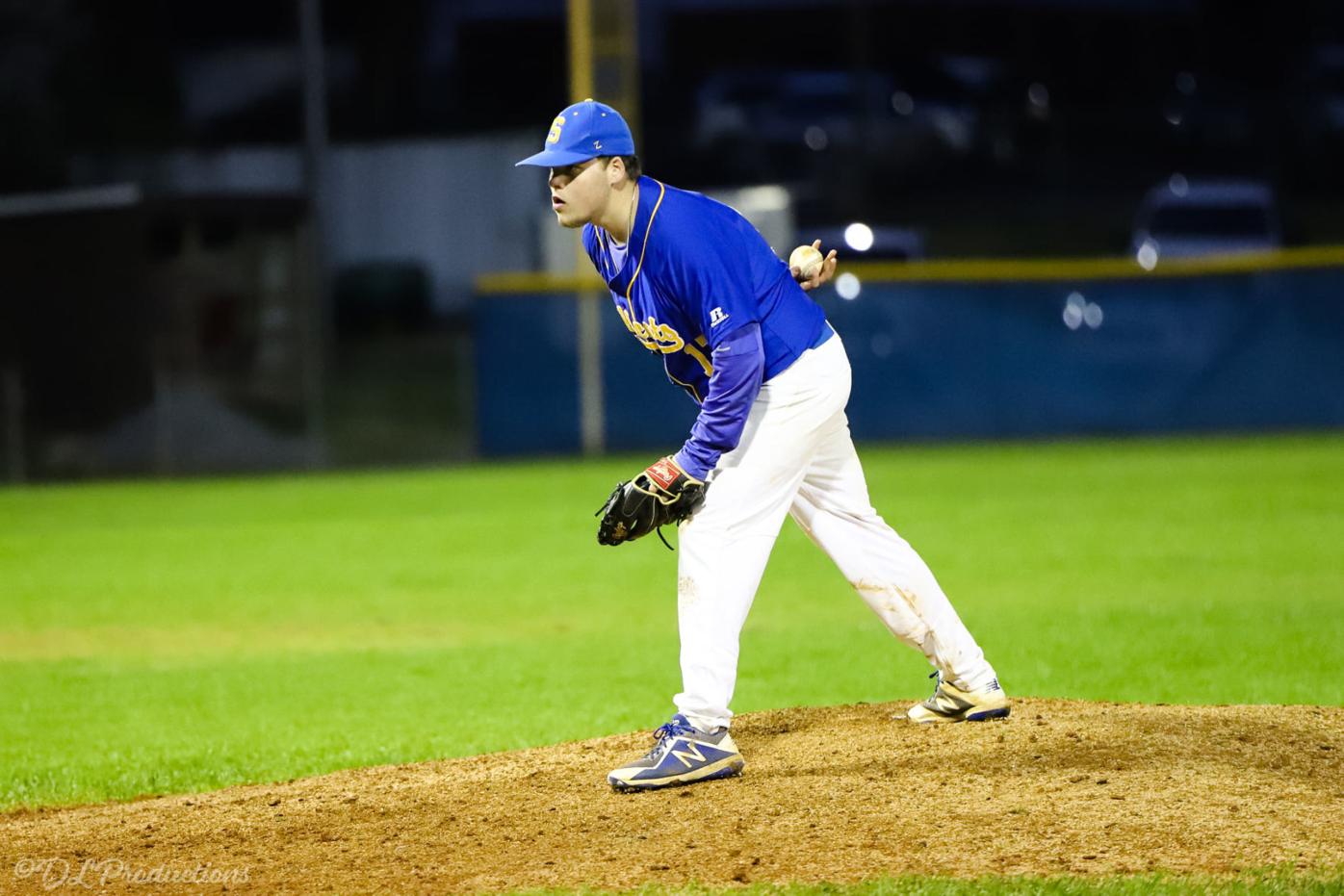 Zach Ezell gets ready to throw a pitch for the Wildcats in their game with Alcoa on March 19 in Sweetwater. 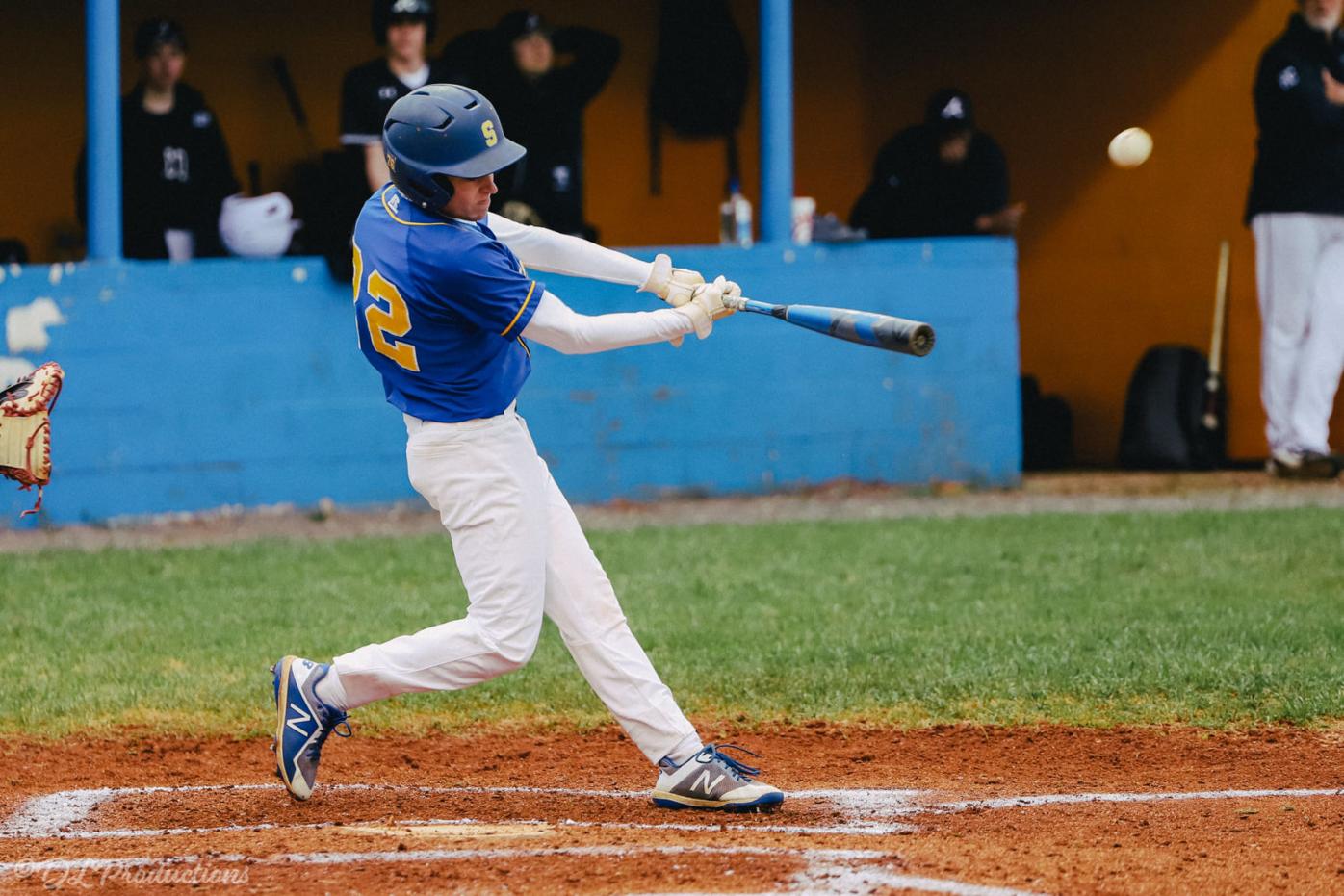 Kade Correll makes contact with the ball for the Wildcats in their game with Alcoa on March 19 in Sweetwater. 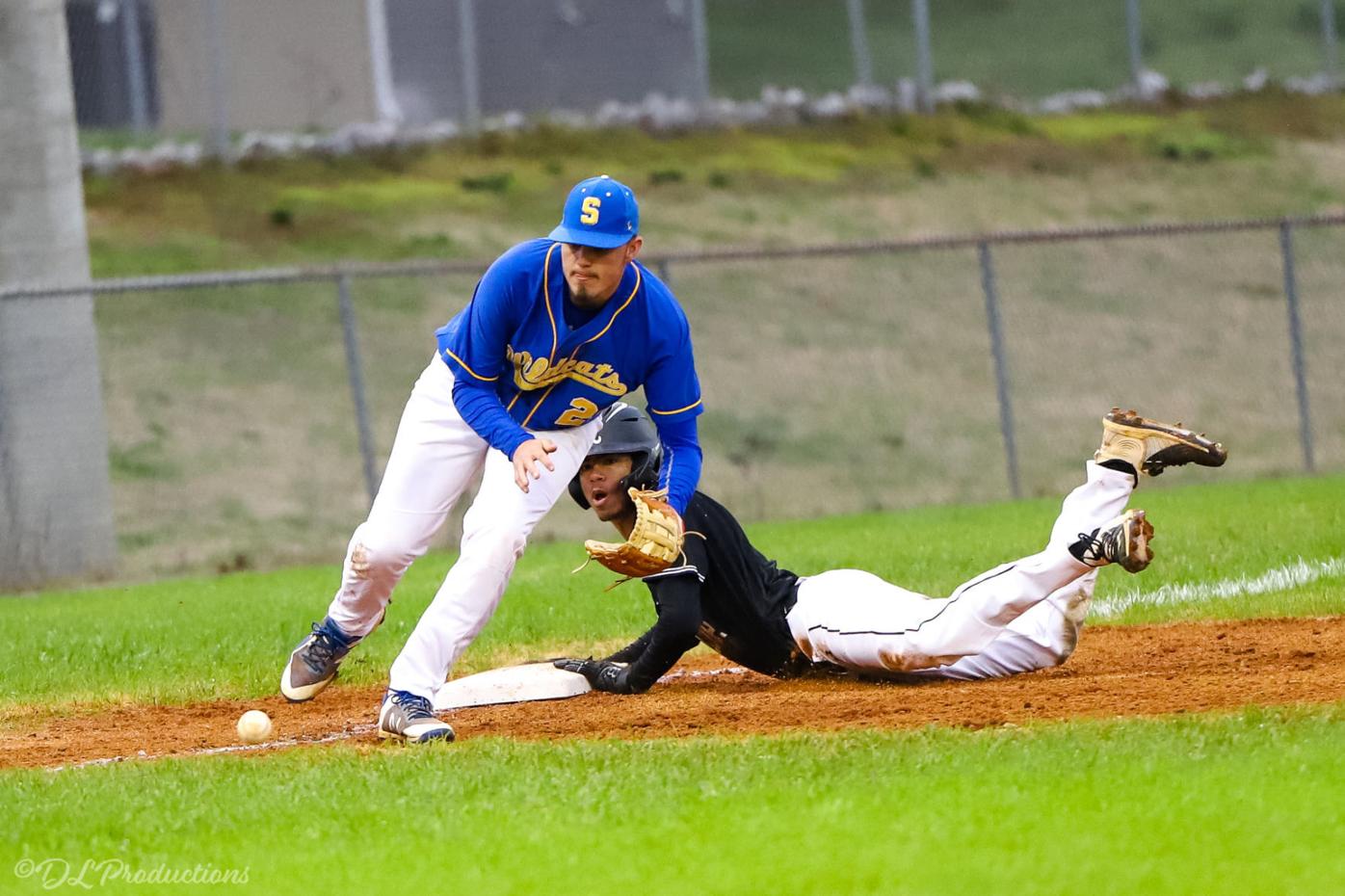 Daleb Gibby (left) fields the ball for the Wildcats in their game with Alcoa on March 19 in Sweetwater.

Zach Ezell gets ready to throw a pitch for the Wildcats in their game with Alcoa on March 19 in Sweetwater.

Kade Correll makes contact with the ball for the Wildcats in their game with Alcoa on March 19 in Sweetwater.

Daleb Gibby (left) fields the ball for the Wildcats in their game with Alcoa on March 19 in Sweetwater.

SWEETWATER — Eight games into the regular season the Sweetwater Wildcats are still looking for the right mix of players that can go onto the diamond and battle.

With the score at 6-2 in the bottom of the sixth inning the Wildcats had their best chance of the night to get runs across the plate. The bases were loaded with no outs for Kai Correll, who popped out.

Jake Presley followed up with an RBI groundout, scoring Ty Ezell. Sweetwater still had the opportunity at its disposal with two outs to make some noise and bring the score within two runs when Meigs County’s sophomore pitcher Payton Armour struck out Jayce Upton.

The Wildcats were only able to add one run in the frame.

The Wildcats have had an issue throughout the season with getting their bats going — especially early. Entering the night, Sweetwater had only scored three runs in the first three innings of their last two home games — those ending as a 3-2 win over Sequoyah on March 22 and a 9-5 loss to Alcoa on March 19.

“It is early season and a lot of times the hitting is your slowest thing to catch up,” Watson said. “It is going to be a day-to-day thing of trying to find the right guys and find the right mix. We’ve got to get hot at the right time, so obviously I would rather peak late then early. The ones that count the most are the ones at the end.”

The Wildcats also trailed Tellico Plains 7-0 before their bats started to do damage in the early parts of the season. Their last outing was a 14-2 loss at Karns where it took until the third inning for a run to score.

“The offense is probably lacking in a lot of areas,” Watson said. “I think the potential is there, but it is very tough. We had to take some pitches during the game — I don’t like to take a lot of pitches, but when you are down six to nothing you have to take pitches which gets your hitters in the hole. It is really difficult on a hitter to always be down in the count when he is hitting.”

The outlier in Sweetwater’s season so far was a 9-3 win at Sequoyah on March 23 where the Wildcats scored four runs in the top of the first.

Similar to that start, Meigs County put five runs on in the top of the first for the visiting Tigers against Dalen Gibby.

Matthew Boshears was hit by a pitch to bring the first run across before Armour hit a two RBI double with the bases loaded and no outs to make the score 3-0.

Luke Pendergrass’ RBI single added another run for the Tigers, though Sweetwater managed to tag out an advancing Jackson Shaver. One batter later, Ethan Meadows brought in the fifth run of the inning with a single of his own.

Preview: Missouri baseball looks toward Florida and the future

Arrest made in case of slain Wyoming football recruit

Meigs County cycled through their lineup in the top of the first while Sweetwater was only able to get one out.

Moving into the top of the second, Watson brought Zach Ezell to the mound to slow down chances for Meigs County. Stepping into a tough situation, already down five runs, Ezell stepped up. He struck out two batters and allowed one run through four innings.

“I think he did good,” Watson said. “He came in and pounded his own strikes and kept us in the game to have a chance in the end — I think they scored one run on him. We were just one or two hits away from being right back in it, but we just got so down in the game that we needed a few more baserunners here and there.”

The Wildcats weren’t able to break up Will Meadows’ potential shutout until the bottom of the fifth.

Kai Correll’s leadoff double put him into scoring position and then Levi Presley drew a walk to put two runners on.

Upton then singled, but Correll was tagged out attempting to reach third.

Kade Correll’s single then advanced pinch runner Cole Houser to third, but Upton was tagged out trying to take second.

After a pick off attempt from Meadows at first base went awry, Houser came home for the Wildcats’ first run of the game.

Sweetwater seemingly had Meigs County finally on their heels in the next inning with two on and no outs, but Meigs County Coach Tyler Roberts brought on Armour to take over on the mound.

“I think they went to more of their number one bullpen guy and it looked like his stuff was a little firmer — that is their go-to guy,” Watson said. “He threw 24 pitches, they were trying to get him out so he would be fresh for the next game.”

Armour inherited the previously mentioned jam in the bottom of the sixth, but worked his way out of it with a popup, groundout and strikeout.

Armour struck out the first batter of the bottom of the seventh, Kade Correll, before the Tigers brought on Logan Carroll to preserve Armour’s availability for the rematch. Carroll forced Smith and Levi Presley into groundouts to give Sweetwater their second straight defeat.

After Tuesday’s rematch at Meigs County, the Wildcats will not take the field again until April 5 against McMinn Central. First pitch is scheduled for 6 p.m.