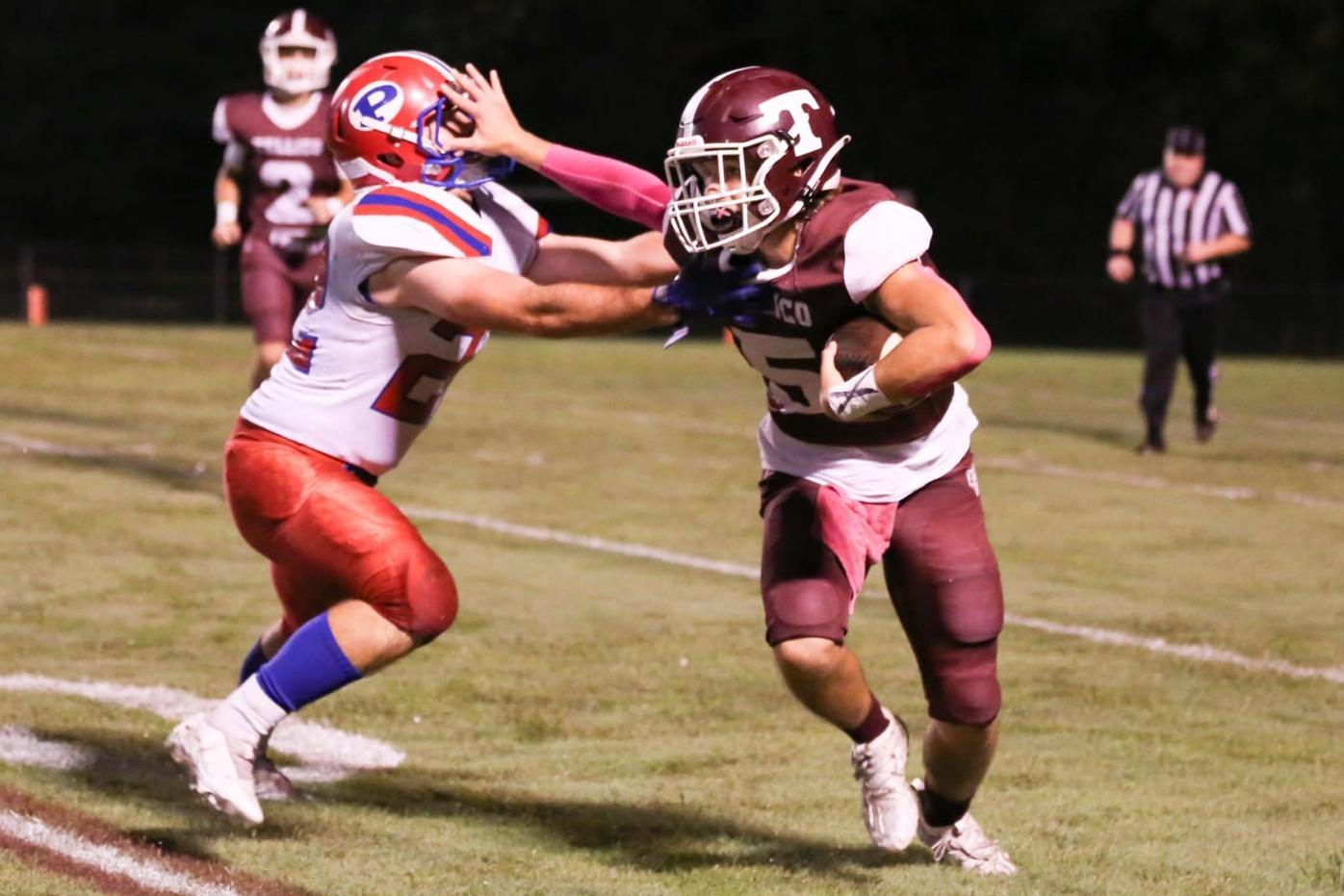 Tellico Plains’ Major Carter delivers a stiff arm during the Bears’ 10-6 loss to Polk County on Oct. 8 in Tellico Plains. 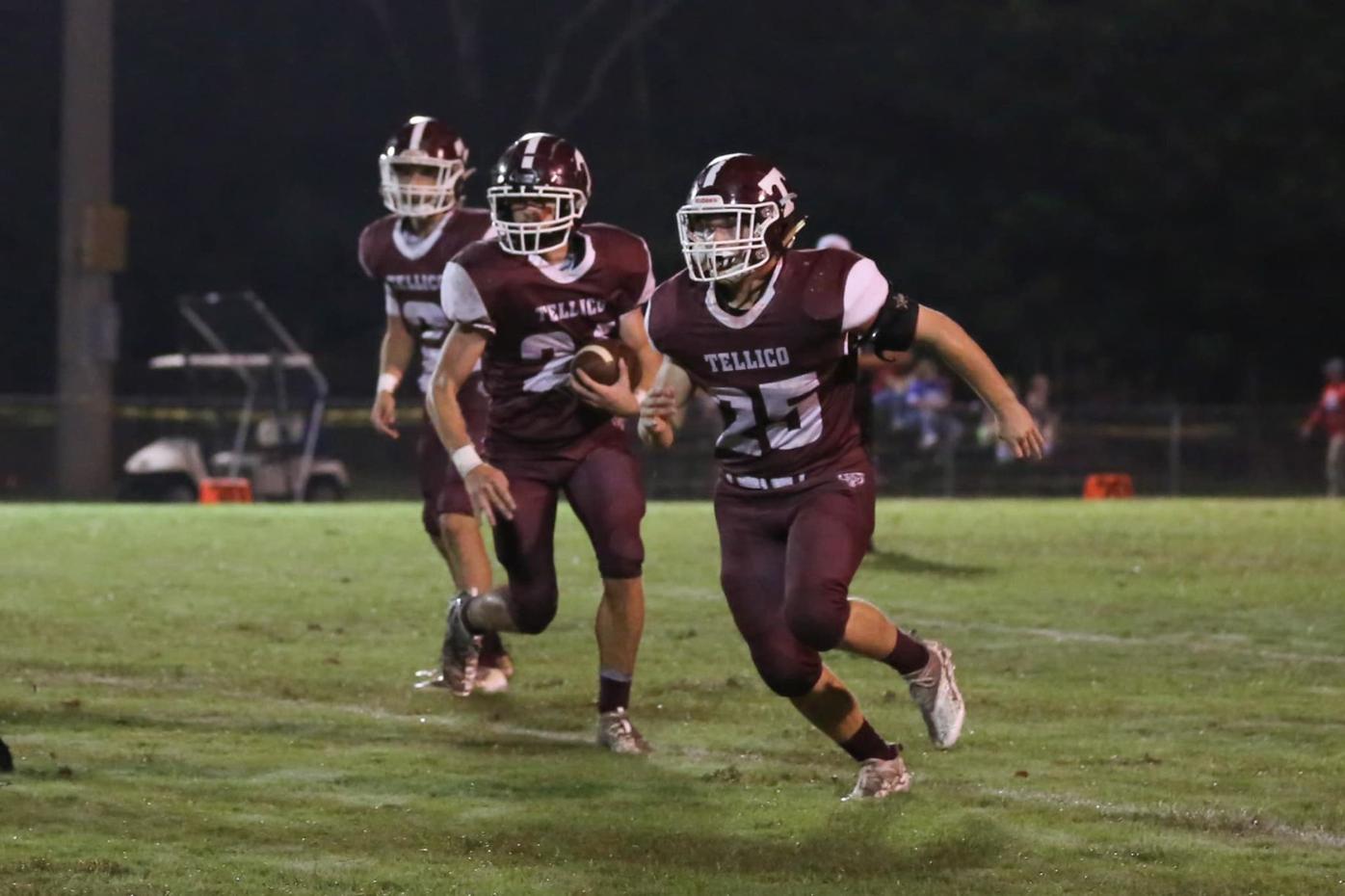 Tellico Plains’ Kaleb Moore (25) creates a lane for Logan Cox (center) during the Bears’ 10-6 loss to Polk County on Oct. 8 in Tellico Plains. 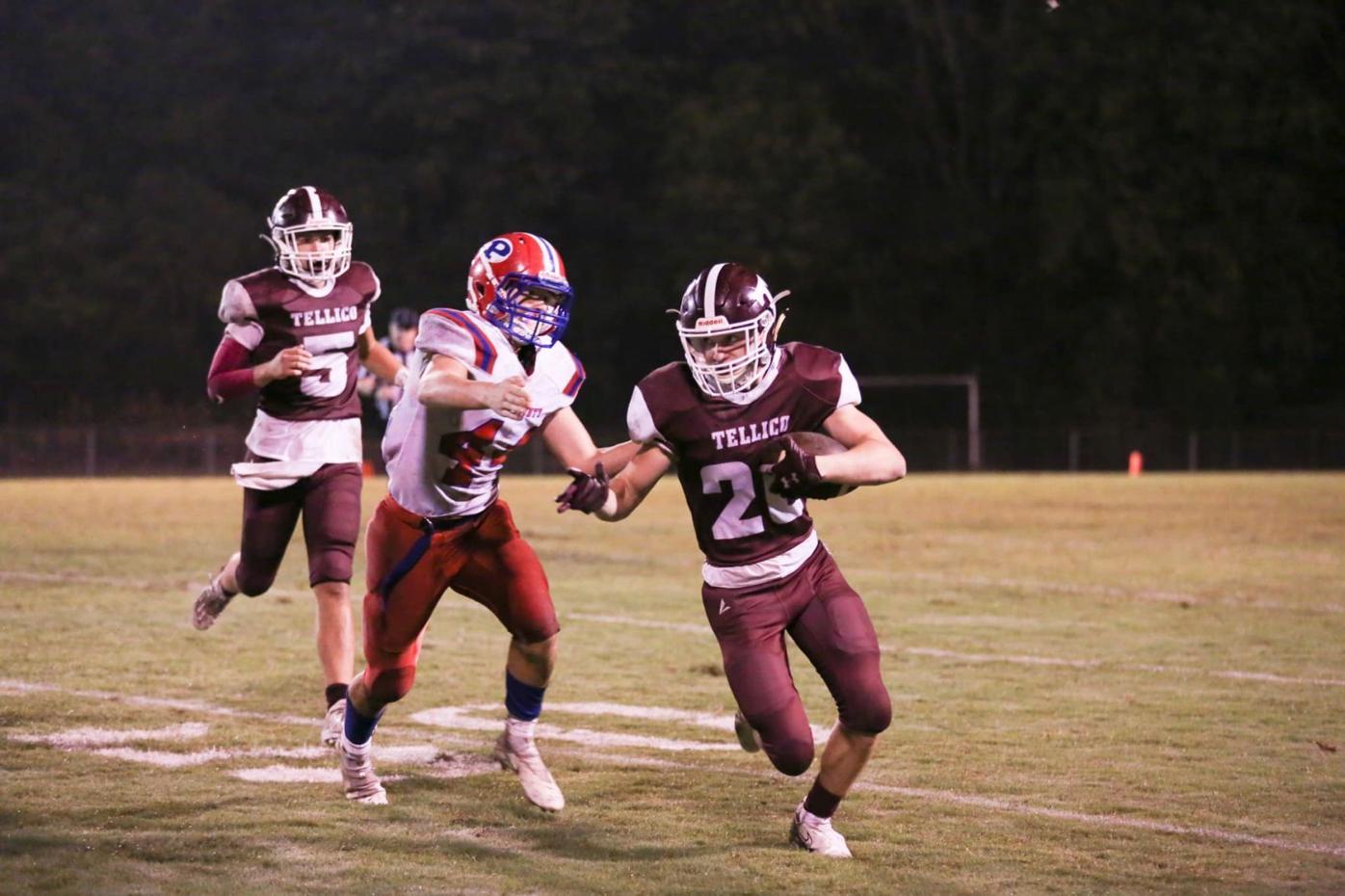 Tellico Plains’ Damian Webb runs the ball during the Bears’ 10-6 loss to Polk County on Oct. 8 in Tellico Plains.

Tellico Plains’ Major Carter delivers a stiff arm during the Bears’ 10-6 loss to Polk County on Oct. 8 in Tellico Plains.

Tellico Plains’ Kaleb Moore (25) creates a lane for Logan Cox (center) during the Bears’ 10-6 loss to Polk County on Oct. 8 in Tellico Plains.

Tellico Plains’ Damian Webb runs the ball during the Bears’ 10-6 loss to Polk County on Oct. 8 in Tellico Plains.

Ethan Thomas hauled in a pass in the end zone.

As the game clock expired, and the score went final, the 5-foot-9 senior snagged his first touchdown of the season. Tellico Plains was put in good field position to create the play.

A blocked punt gave them little ground to cover in the little time left, but the Bears needed more time, falling 10-6 to Polk County and to 0-3 in Region 3-2A on Friday.

With the loss, Tellico Plains’ (3-4, 0-3) hopes of a third consecutive postseason berth are slipping quickly. The Bears are fifth in the region, behind their upcoming opponent on Friday, Bledsoe County (2-3, 0-2).

Hopes for making the playoffs would require a win over Bledsoe County and Tyner Academy (6-1, 2-1) in the last week of the season. Polk County would also have to lose out in the league for the Bears to climb to fourth.

Tellico Plains showed their defensive capabilities again — forcing three turnovers and holding the Wildcats to below their season average. Major Carter snagged two interceptions followed by one from Ethan Teague.

The defense held Polk County in check for most of the night, but had issues in containing Polk County’s Damian McWilliams.

“We tried to take away the run and limit (McWilliams) — the all-around athlete that they had — (we wanted) to limit his touches. We did a pretty good job of that, but we gave up one long touchdown pass,” Tellico Plains Coach Jon Rechtorovic said. “They moved the ball, but we stopped them and bowed our necks inside the 30. Defensively, most of our kids played really well.”

Polk County managed to keep the Bears off balance by shifting between the ground and the air — a different approach compared to the 26 run plays and seven pass plays against Sequoyah in Week 2.

Help is on the way: Saints may return three injured stars following the bye week

The guests broke through late in the first quarter. Facing 3rd-and-17, Tanner Goodman hit a receiver on a fade route who then beat a man, picked up the first down and outran the Bears into the endzone.

“They kept us off balance. They probably threw it 20 times, I’m not sure. They threw it enough to keep up off balance,” Rechtorovic said.

The Bears’ offensive approach was a lot of Logan Cox and Damian Webb. The two backs helped move the ball down the field and into dangerous situations, but Tellico Plains hit a wall before they could capitalize on them.

“We moved the ball well. We had our shots inside the 20, but we shot ourselves in the foot. We had two interceptions and a fumble. You cannot win a close ball game if you are going to keep making mistakes,” Rechtorovic said. “We were able to run and pass the ball, but we would get a penalty or take a negative loss … we were not at our best in the passing game.”

Keeping with the trend of making the Bears unbalanced, Polk County threw in occasional blitzes at the Tellico offensive line that kept them uneven, and limited chances to create things through the air.

The Wildcats’ win on Friday is their first region win since beating Marion County 21-6 on Oct. 26, 2018. Polk County went through a pair of winless seasons in 2019 and 2020 before starting this year out 2-0 with wins over Copper Basin and Sequoyah.

“Each high school runs through cycles. They were not in a very good cycle for a little while, but they have come out of it,” Rechtorovic said. “You’re going to have good years and bad years; you don’t get to recruit in high school. You have to take what you have and go.”

Mathematically, the Bears are still playoff hopeful, though things are out of their control. A loss come Friday night would likely cement missing out on the postseason. Kickoff is set for 8 p.m. EST in Pikeville with the Warriors.