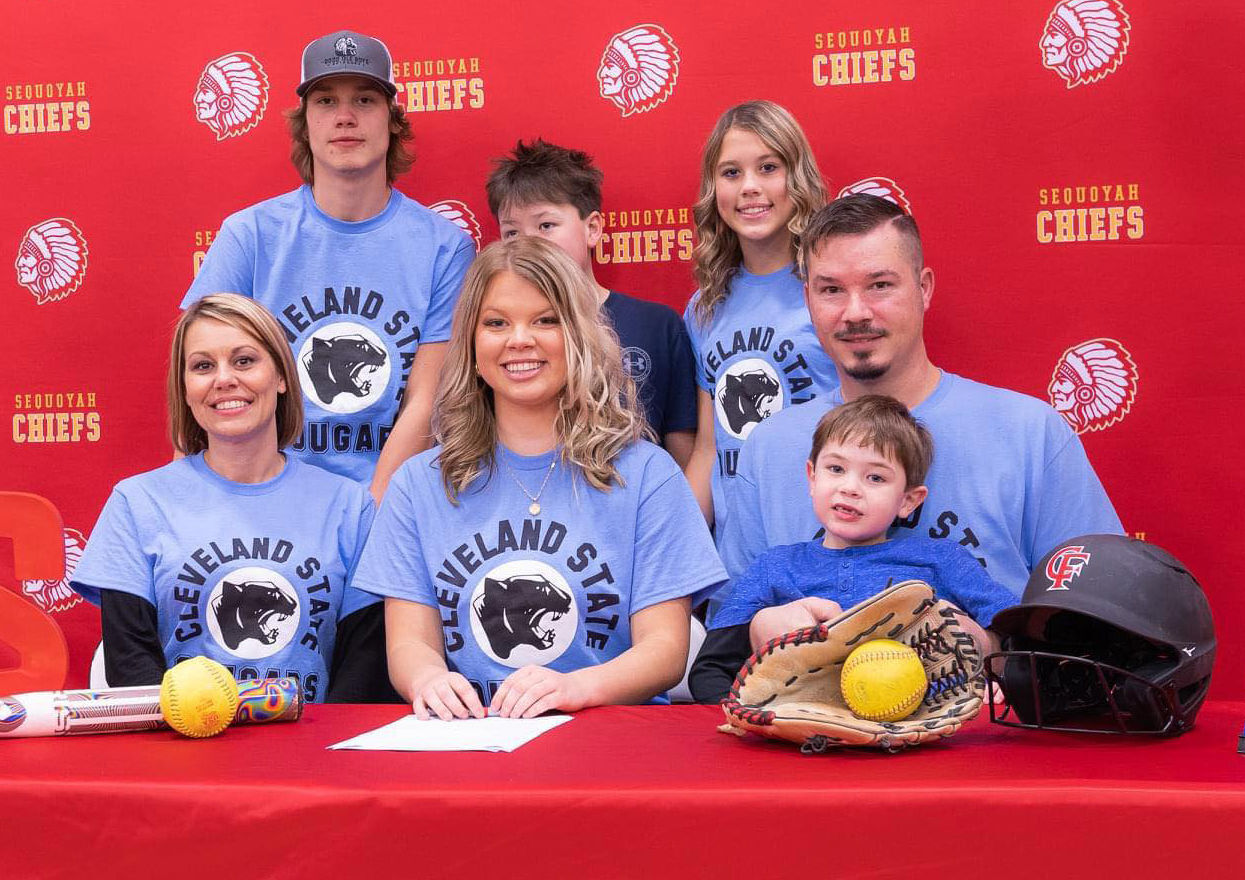 Sequoyah’s Kadence Brewer poses for a photo with her family while signing to play softball with Cleveland State. 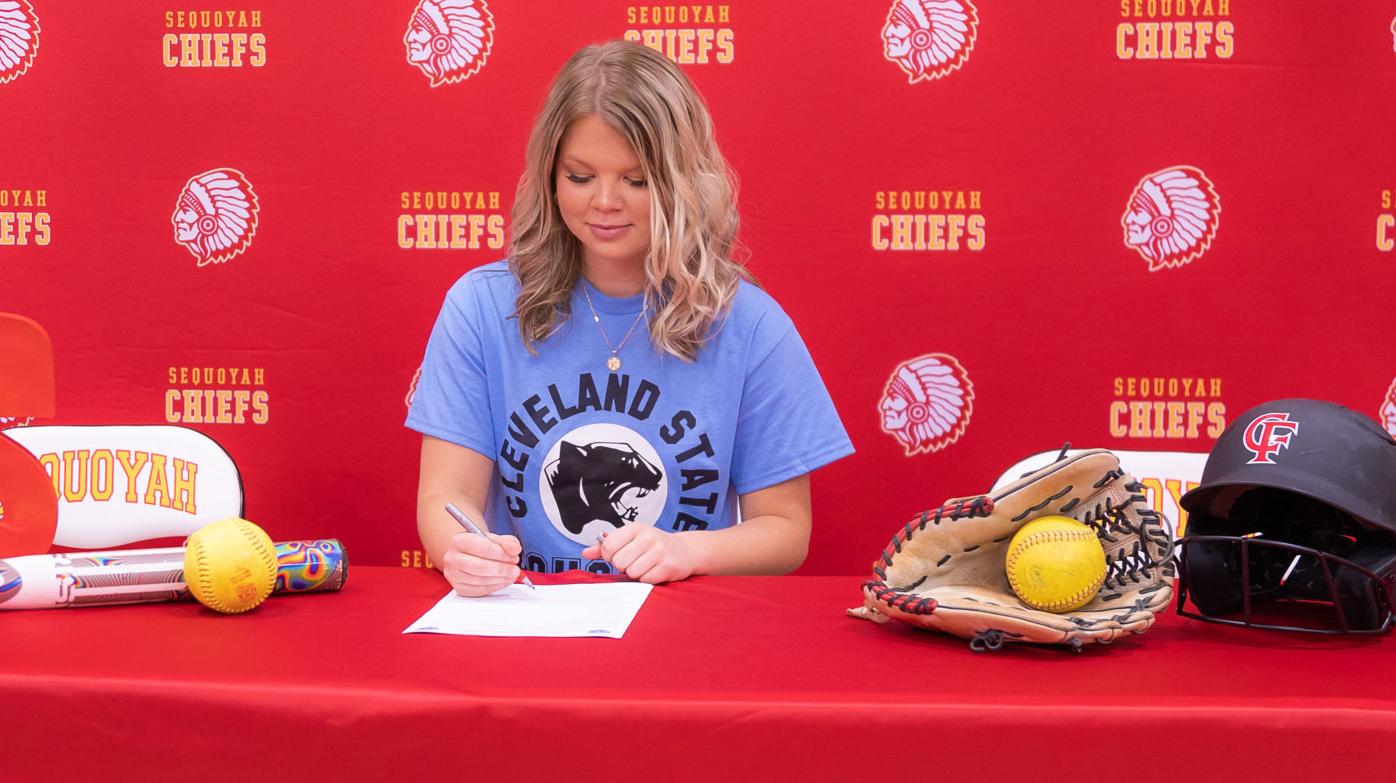 Sequoyah’s Kadence Brewer poses for a photo with her family while signing to play softball with Cleveland State.

Kadence Brewer won’t have to travel far to reach the next step in her playing career.

The Sequoyah senior’s ink has dried and she’ll be taking the mound with Cleveland State Community College.

Brewer, who has been playing softball since she was 5 years old, has always had her mind on extending her playing career. When she set foot on the campus in Cleveland, she knew the small-town aspect of it made her feel at home.

During her visit, Brewer met with Cleveland State’s Steve Jaecks. Jaecks’ demeanor and ability to have fun with the game and to take the pressure off caught Brewer’s attention.

“I had a lot of colleges offer me visits and stuff. I went to Cleveland State and it just felt like home to me,” Brewer said. “I really liked Coach (Steve) Jaecks. He was awesome and is my coaching type. I just felt home there and it was the best pick for me.”

But before Brewer makes the trek, she still has a senior season ahead of her at Sequoyah.

A standout on the mound and at shortstop, she was named team captain for the 2022 season.

“She is a good, solid all around ballplayer. She is a really good pitcher and a very, very good shortstop. She does things the right way and has a great attitude,” Sequoyah Coach Allen Roberts said. “She has all those attributes about her and she makes people around her better. She is a great teammate and has been a joy to coach. She is a great athlete to have on your team and a good, positive role model for our younger players.”

Brewer threw a perfect game for the Lady Chiefs against Polk County last season — striking out 12 batters. But her ability to continue that competitiveness around the diamond is a key strength to Roberts’ program.

Vets Folk, Gronk again led the way among ex-Wildcats, Tucsonans in the NFL

When asked about memories made in two seasons at Sequoyah, both Brewer and Roberts have the same one come to mind.

Sequoyah bested Sweetwater 10-6 on May 9, 2019, their second game of that day to pick up a district championship.

As a freshman, Brewer pitched that day. A spot in the region tournament was already secured, but with a title on the line against their biggest rivals, the moments still matter.

“She has pitched in some big games for us. Her freshman year, she came out and did a fantastic job and helped lead us to a district title,” Roberts said.

“Winning the district championship and going to substate — that was something I won’t ever forget,” Brewer added.

Roberts has seen a number of his players extend their playing careers past high school. Despite the years gone by and the number of signings held, he still gets just as excited for the kids.

“Seeing them be able to achieve that dream — it is a big deal to them. And it shows them that all their hard work has paid off also. It is just a great thing,” Roberts said. “They’re excited and their families are happy. They have put in the hard work and the hard work pays off.”

Sequoyah softball will compete in a new classification this spring. Though Brewer will be on campus and a Cleveland State Cougar in a year, she has her eyes set on another successful season with Sequoyah — and maybe a District 5-3A championship.