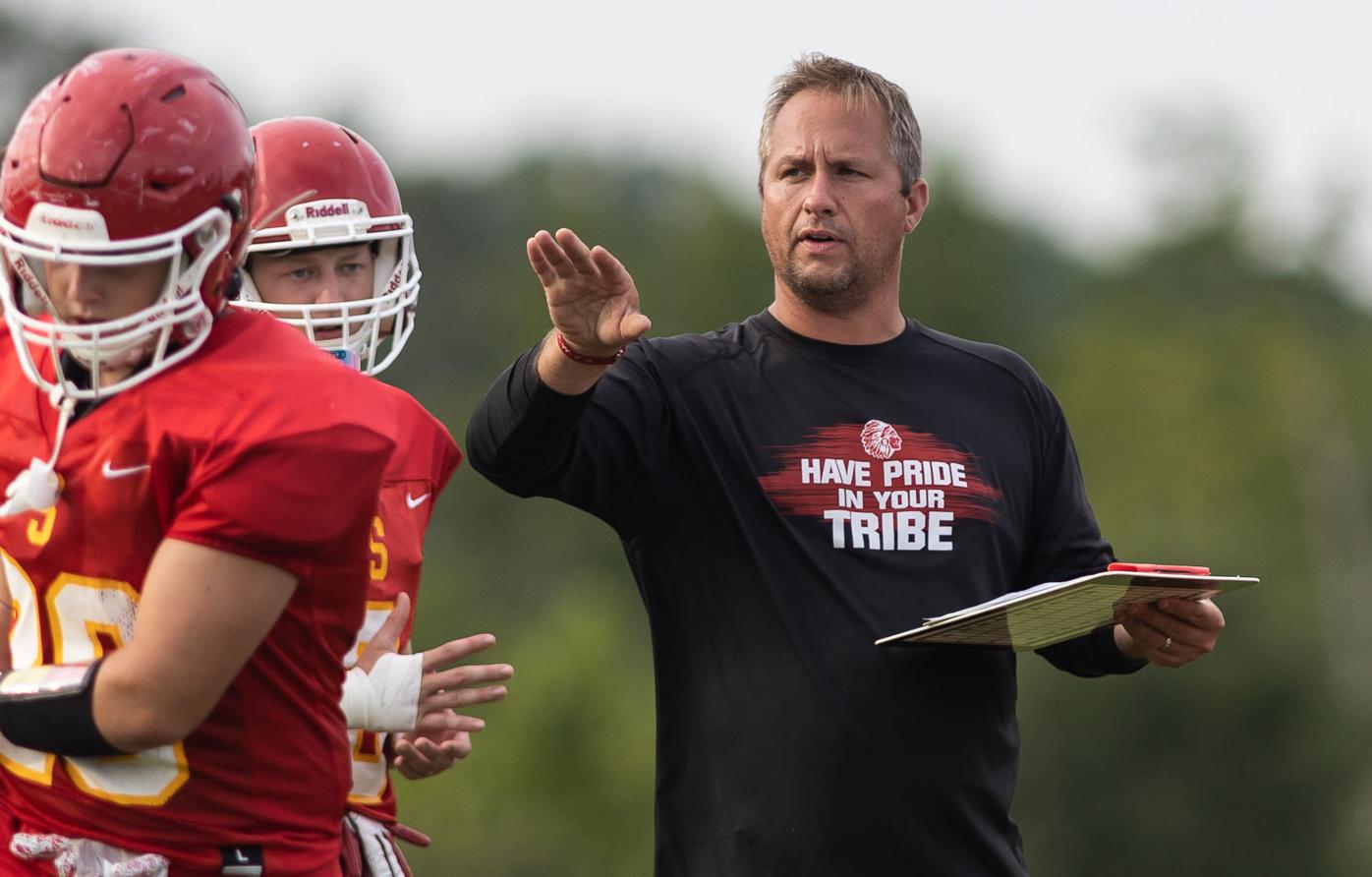 Former Sequoyah head coach Ryan Bolinger readies the offense during a preseason scrimmage. Bolinger resigned from his position on Sept. 14 midway through his third season. 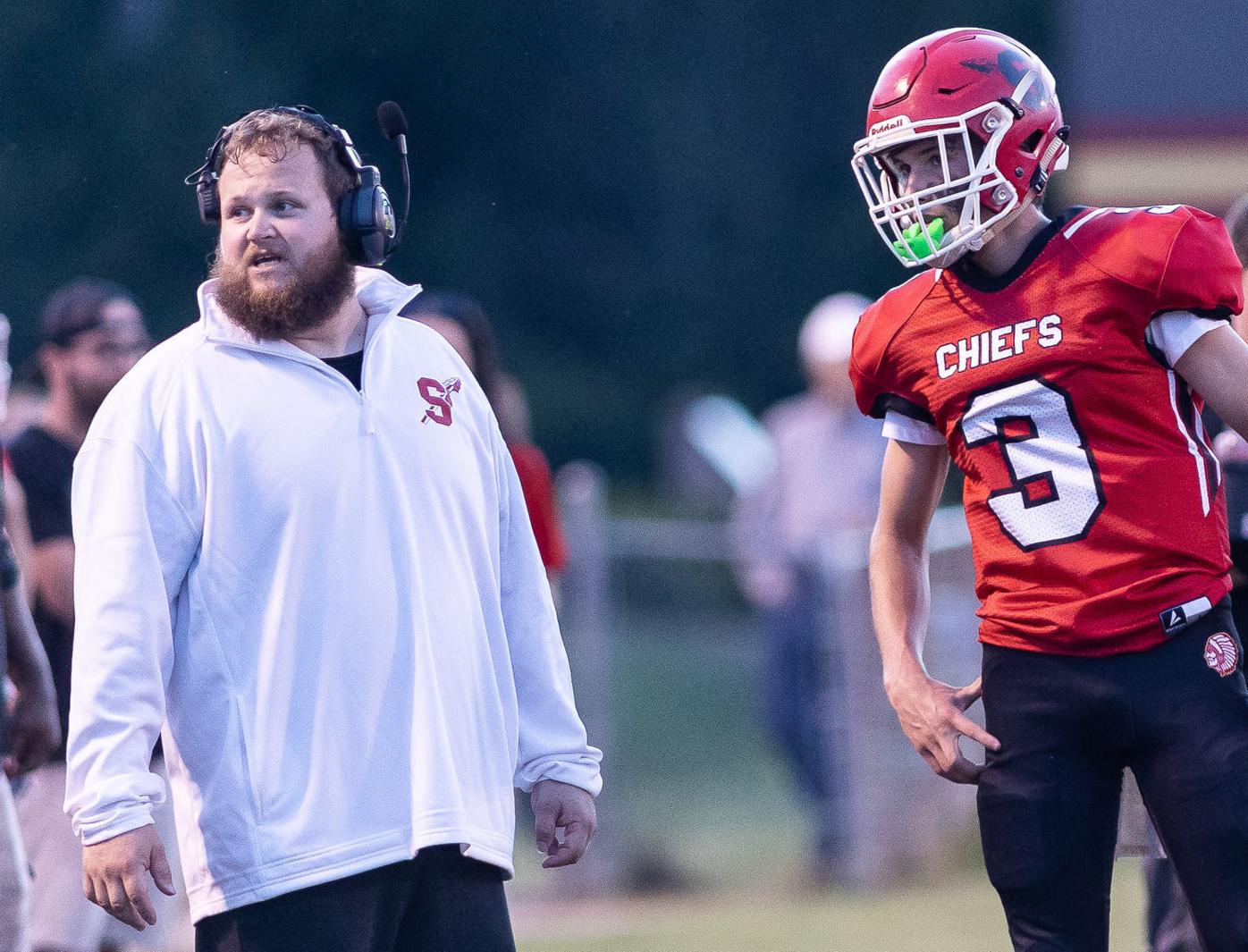 Sequoyah’s interim head coach Dustin Peels and quarterback Cooper Self stand on the sideline during the Chiefs’ 46-12 loss to Soddy-Daisy on Sept. 17 in Madisonville.

Former Sequoyah head coach Ryan Bolinger readies the offense during a preseason scrimmage. Bolinger resigned from his position on Sept. 14 midway through his third season.

Sequoyah’s interim head coach Dustin Peels and quarterback Cooper Self stand on the sideline during the Chiefs’ 46-12 loss to Soddy-Daisy on Sept. 17 in Madisonville.

Sequoyah head football coach Ryan Bolinger has confirmed to The Advocate & Democrat that he has resigned from his position.

Bolinger was 0-23 during his nearly two and a half year stint with the Chiefs, with his final performance being a 70-0 loss to East Hamilton on Sept. 10.

“At the end of the day, we did not do what I set out to do. I had higher aspirations for what I wanted to accomplish there. If you don’t get everybody on board there that makes it much harder,” Bolinger said. “I used to think that changing a culture was all based on the coach and what he does, but you have to get everyone on board. It’s other coaches, teachers, administration, parents, players … if you do not have everyone on board then you are in for a long, long, difficult road.”

Offensive coordinator Dustin Peels and former lineman coach Lance McConkey have been named interim head coaches for the program. Peels will serve as both coordinators while McConkey will work mainly with administration issues.

Bolinger, 36, came to Sequoyah following a 5-5 season in 2018. During his tenure with the county’s largest school, the team’s losing streak grew to 27 games — one of the longest in the state.

“I think from a responsibility standpoint I was given the (freedom). There were a lot of things that I would have liked to do … (such as) bring coaches in, but I was shot down a lot.

4 observations after rewatching the Badgers' win against Army

There were a lot of obstacles in the way, eliminating me from doing what I had envisioned to do, who I would be and what I was trying to build,” Bolinger said. “It’s hard when you know what you want to do, you know the right way to do it, but not everyone is on board with that.”

Bolinger had brought a number of coordinators and assistants — some who have left the program along with the coach and others who are helming it through the remaining six games.

The preseason brought optimism to the Chiefs’ program with the number of players returning with varsity experience, but a combination of COVID-19 issues, injuries and penalties have hindered growth in those moments.

Sequoyah fell 46-12 in their first outing since Bolinger’s resignation. The Chiefs scored their first points of the season, but the losing streak has climbed to 28 games.

Bolinger started at Sequoyah in 2019