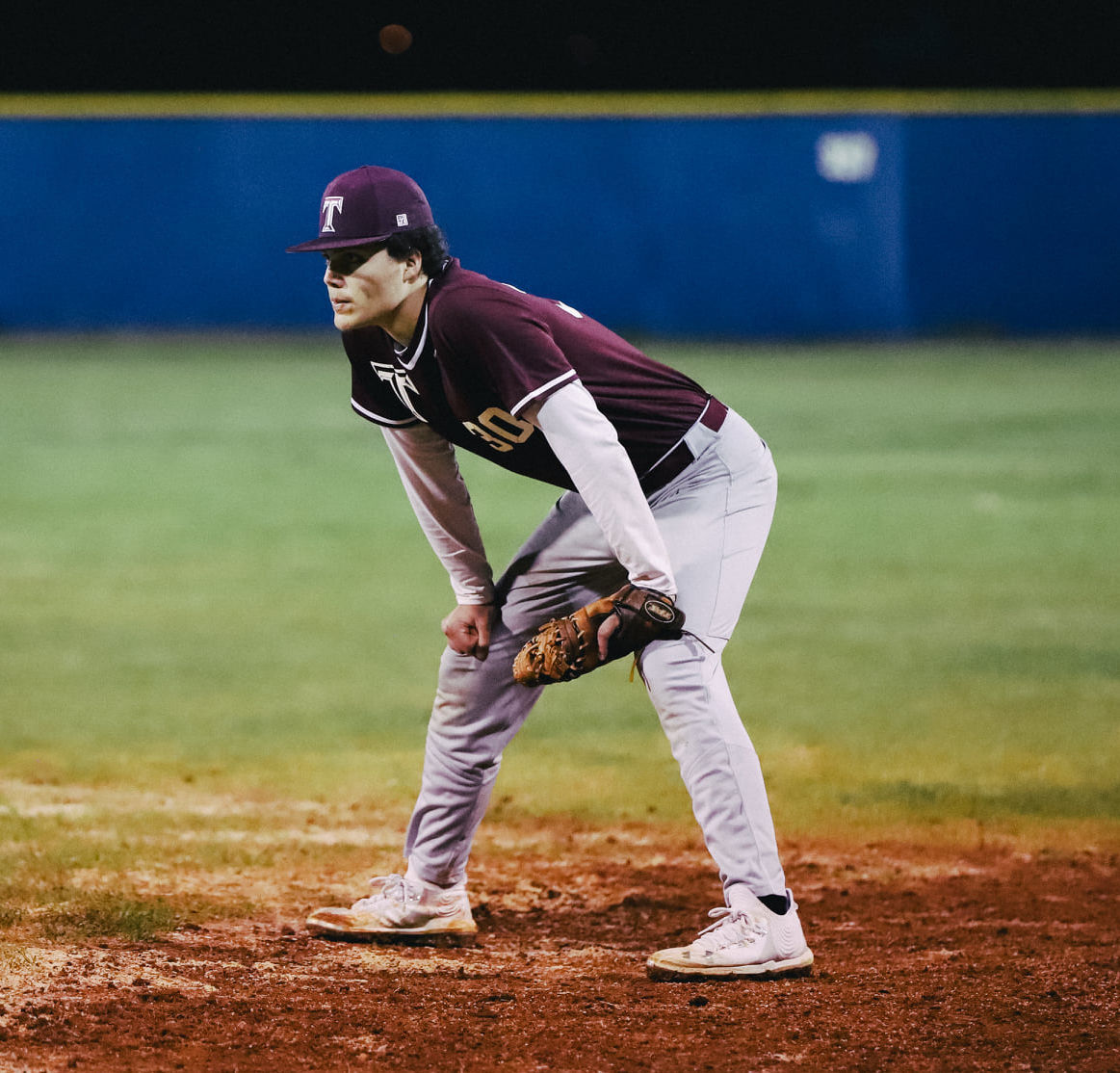 Cameron Coleman waits for the ball to go in play for Tellico Plains during the Bears’ 7-6 win over Sweetwater on March 16 in Sweetwater. 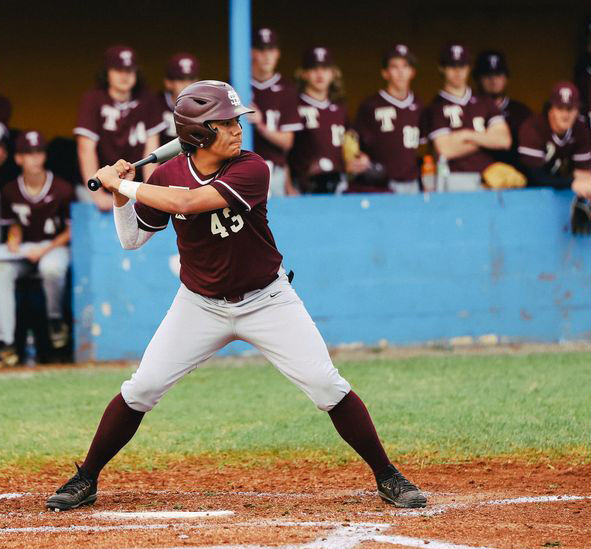 Clifton Cruz bats for the Bears during Tellico Plains' 7-6 win over Sweetwater on March 16 in Sweetwater.

Cameron Coleman waits for the ball to go in play for Tellico Plains during the Bears’ 7-6 win over Sweetwater on March 16 in Sweetwater.

Clifton Cruz bats for the Bears during Tellico Plains' 7-6 win over Sweetwater on March 16 in Sweetwater.

With a pair of wins in Region 2-A competition, Tellico Plains baseball (11-2) extended their winning streak to six games and inched closer to the school’s record of 18 wins in one season.

The Bears topped Midway 4-3 on the road on April 1 before traveling to Wartburg Central on April 2 and leaving with a 9-6 win.

With the victory, the Bears moved to 4-0 against Region 2-A opposition on the year.

Tellico Plains 4, Midway 3: In the bottom of the fifth inning, Ethan Fairbanks reached on a one-out bunt and he was driven home to tie the game by a Ben Edwards double. One batter later, Bo Elliot singled to right to drive home Edwards and give the Bears the lead.

Edwards’ hit tied the score for the first time since the start of the game and Elliot gave the Bears their first lead of the night.

Midway (6-3) came in aggressive after winning four of their last fives games. Braden Buckner’s lead off single against Tyler Harris put the Green Wave in a good position before Ethan Melton’s two-run home run started the scoring in the top of the first.

Harris struck out the batter in between Buckner and Melton as well as striking out the side in the top of the second — allowing only Cameron Ellison on via a walk.

A line drive double in the top of the third scored Buckner, who got a hit to get on board and advanced on an error, to put Midway ahead 3-0.

Jace Lynn’s speed came into play to get the Bears their first run of the contest. Fairbanks’ bunt back to the mound allowed the junior to score on the throw.

In the next at bat, Fairbanks advanced to third on a single before being brought in to make the score 3-2 on an Edwards single to Connor Johnson. That led to the fifth inning heroics that won the game for the Bears.

Edwards, Fairbanks and Kaiden Hicks all finished with two hits.

Harris started the game and struck out seven batters — allowing three hits, but the win went to senior Kent Wiseman.

Wiseman allowed one hit through four full innings and struck out five batters. Wiseman had two 1-2-3 innings and threw less than 13 pitches in all four innings.

The last time Tellico Plains visited the Bulldogs things did not go as planned. The Bears lost 5-3 on May 13, 2019, in the Region 2-A semifinals — ending their season one win and two runs shy of a Class A Sectional berth.

However, at 2-7 through the first three weeks, Wartburg Central is not off to the same level they were two years ago, allowing the Bears the chance to extend their winning streak and notch their ninth win of the season.

Where each Husker quarterback stands at midpoint of spring ball, according to Scott Frost

Wartburg has lost four of their last five.

Fairbanks doubled with one on and one out in the top of the fifth, bringing in the winning run in the person of Clifton Cruz. Lynn’s RBI single one batter later padded the lead against Tyler Burgess, who went 2.2 innings allowing six hits and four runs for the Bulldogs.

Tellico Plains’ first two batters grounding out and striking out did not create an optimistic start to the game, but they were followed by a single from Edwards. Elliot was walked and Ethan Teague was hit by pitch to turn no on and two outs into a bases loaded situation for the Bears.

Samuel McCarty walked back to back batters in Cameron Coleman and Cruz to make the score 2-0 Tellico Plains early before Hicks’ single to the shortstop scored Teague.

Fairbanks popped out with the bases loaded to end the first half of the opening frame.

Andrew McPeters’ RBI single in the bottom of the first made the score 3-1.

Teague’s lead off single in the top of the third got the Bears started early. Coleman’s sacrifice bunt pushed the junior to second base — setting up an RBI single for Cruz to get Tellico Plains back to a three-run advantage.

Hicks grounded into the second out of the inning, but was followed up by a RBI single from Fairbanks to right field to give the Bears their largest lead of the game at 5-1.

Moving into the bottom of the third, things looked as if the Bears could have cruised to a win, but the Bulldogs added five runs on two hits in the frame off a series of self-imposed mistakes from Tellico Plains.

A Cruz error at shortstop scored two more runs, making the score 6-5 Wartburg and giving the hosts their first lead of the contest.

The Bears quickly responded next time up, however, with a two out double on a 3-0 count from Elliot to get a man into scoring position. Teague singled on a line drive to left field in the next at bat to score Elliot and tie the score at 6-6.

Fairbanks came off the bench and got the win with four strikeouts, while allowing zero runs and zero hits through two innings.

Fairbanks struck out two batters in the bottom of the fifth before a pickoff attempt at first base secured the victory for the Bears.