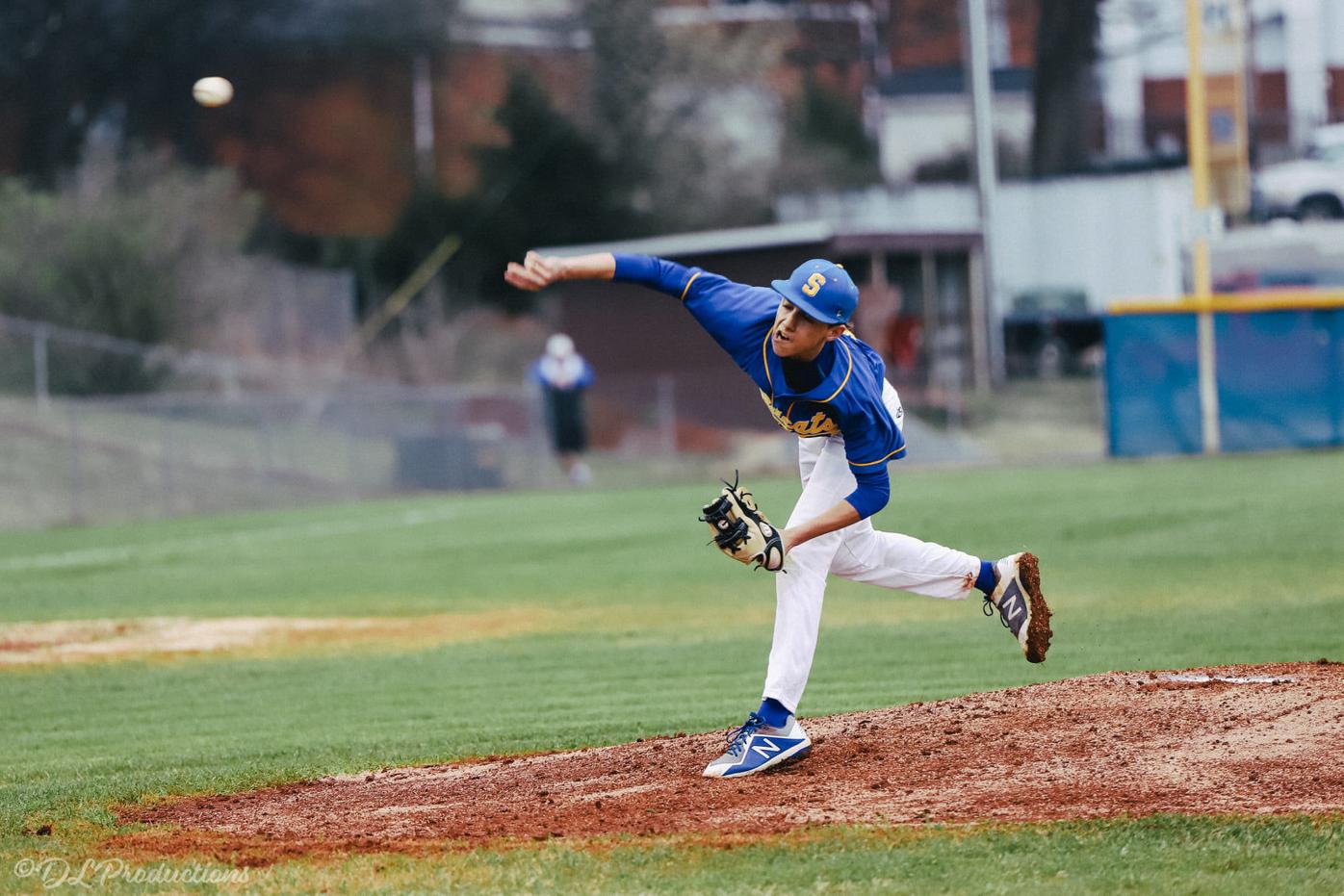 Blaine Watson pitches for Sweetwater on March 16 in Sweetwater. 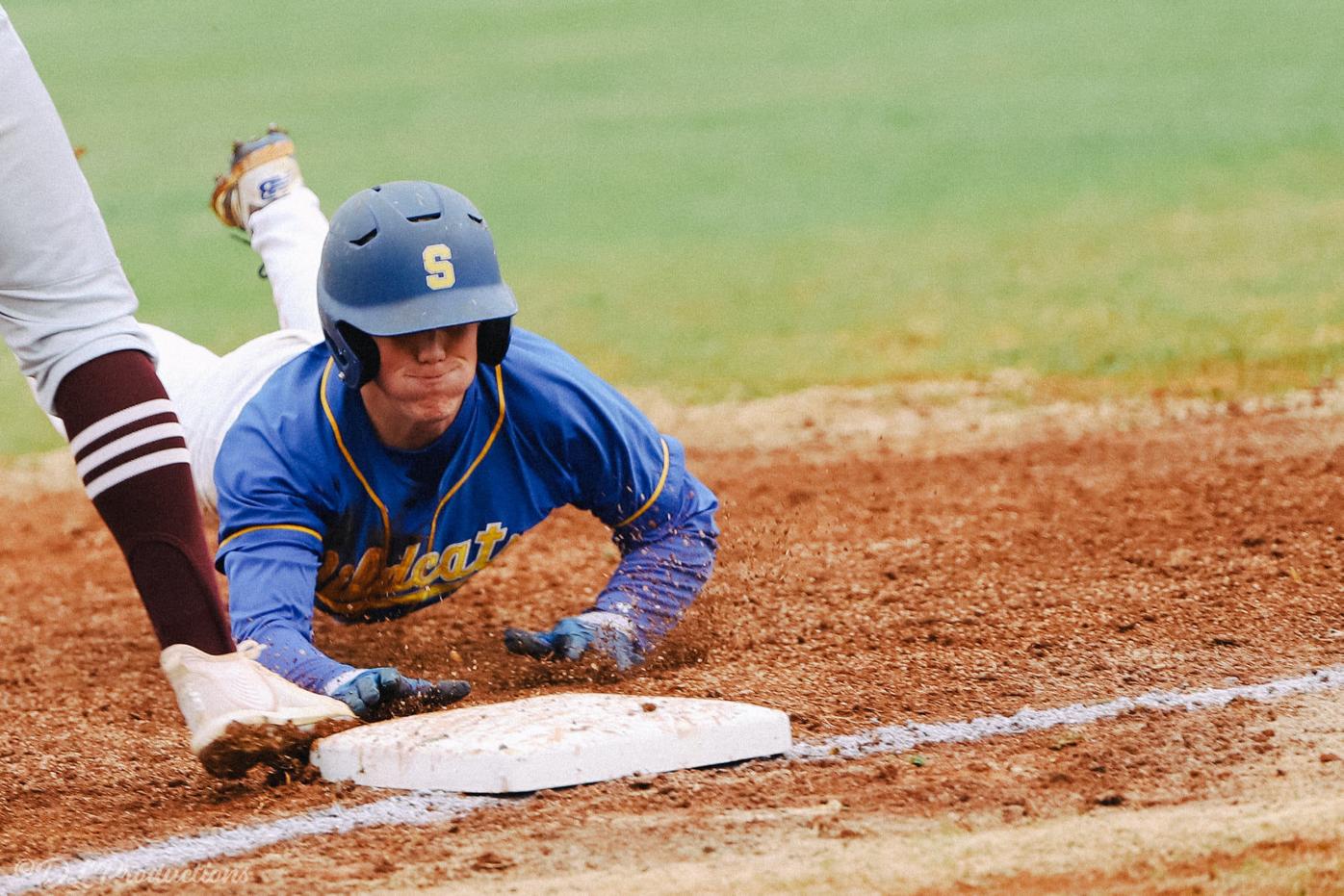 Ty Ezell slides into first after avoiding a tag for Sweetwater in their game on March 16 in Sweetwater. 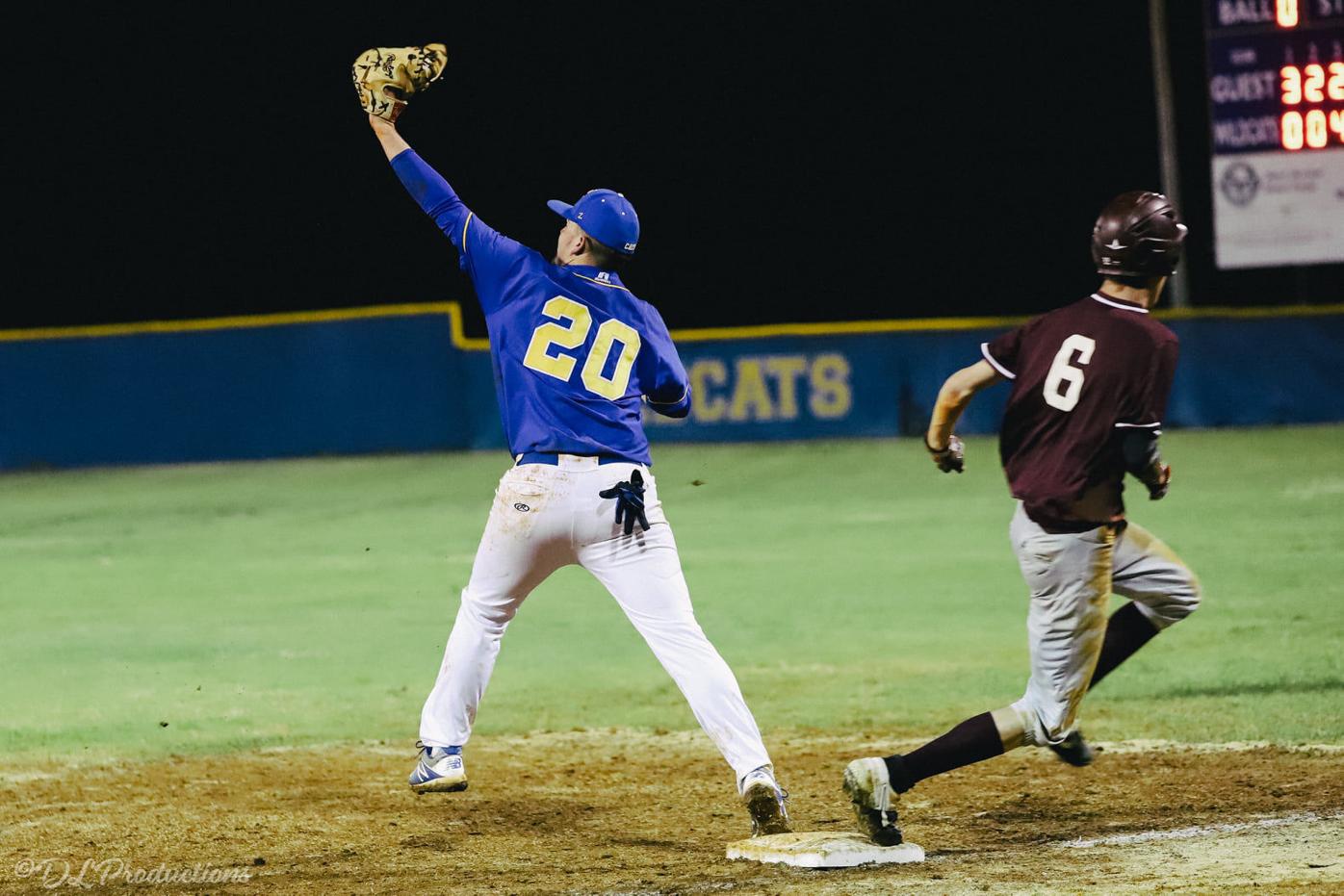 Dalen Gibby (left) catches the ball for a play at first for Sweetwater as Tellico Plains’s Jace Lynn runs through the bag. 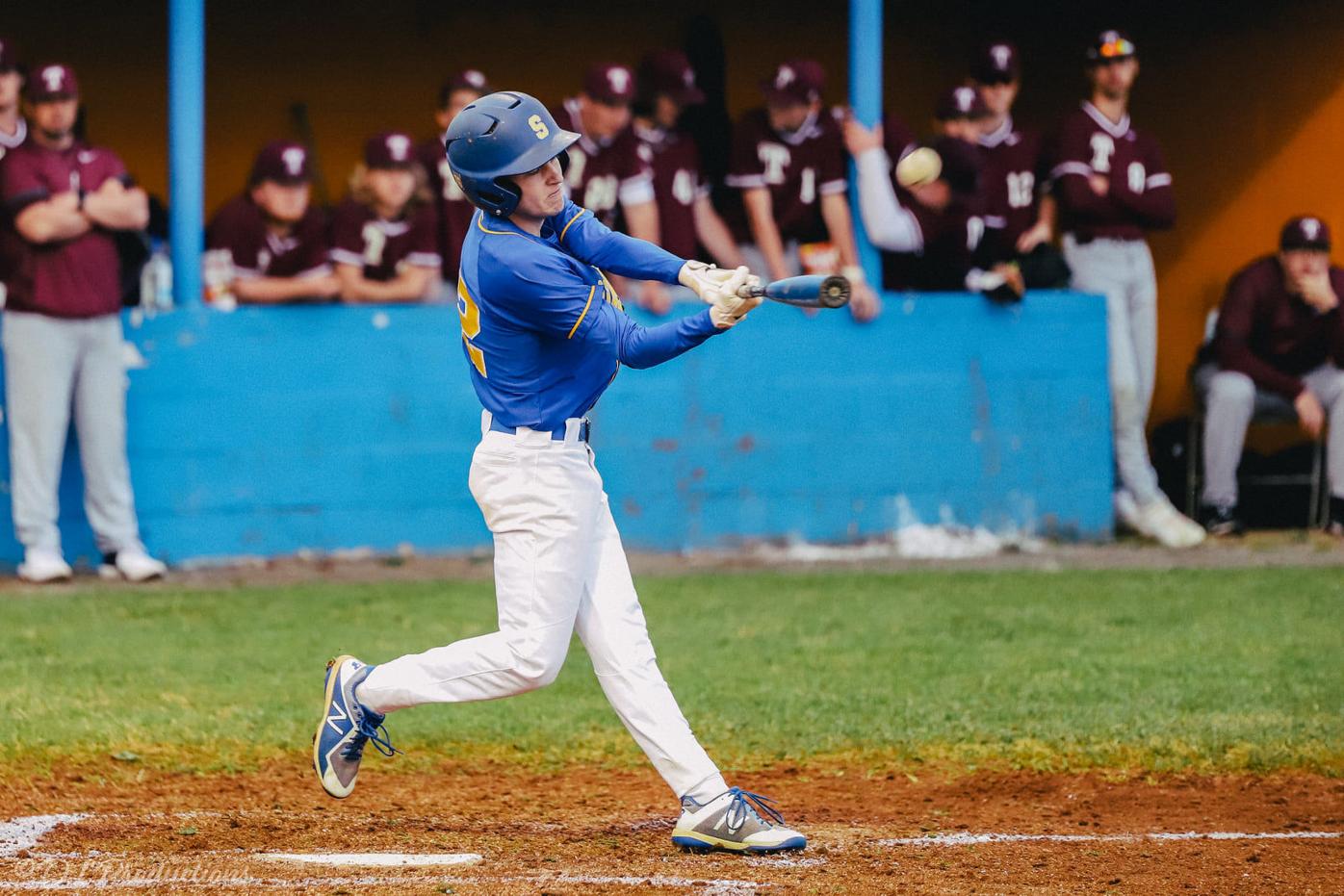 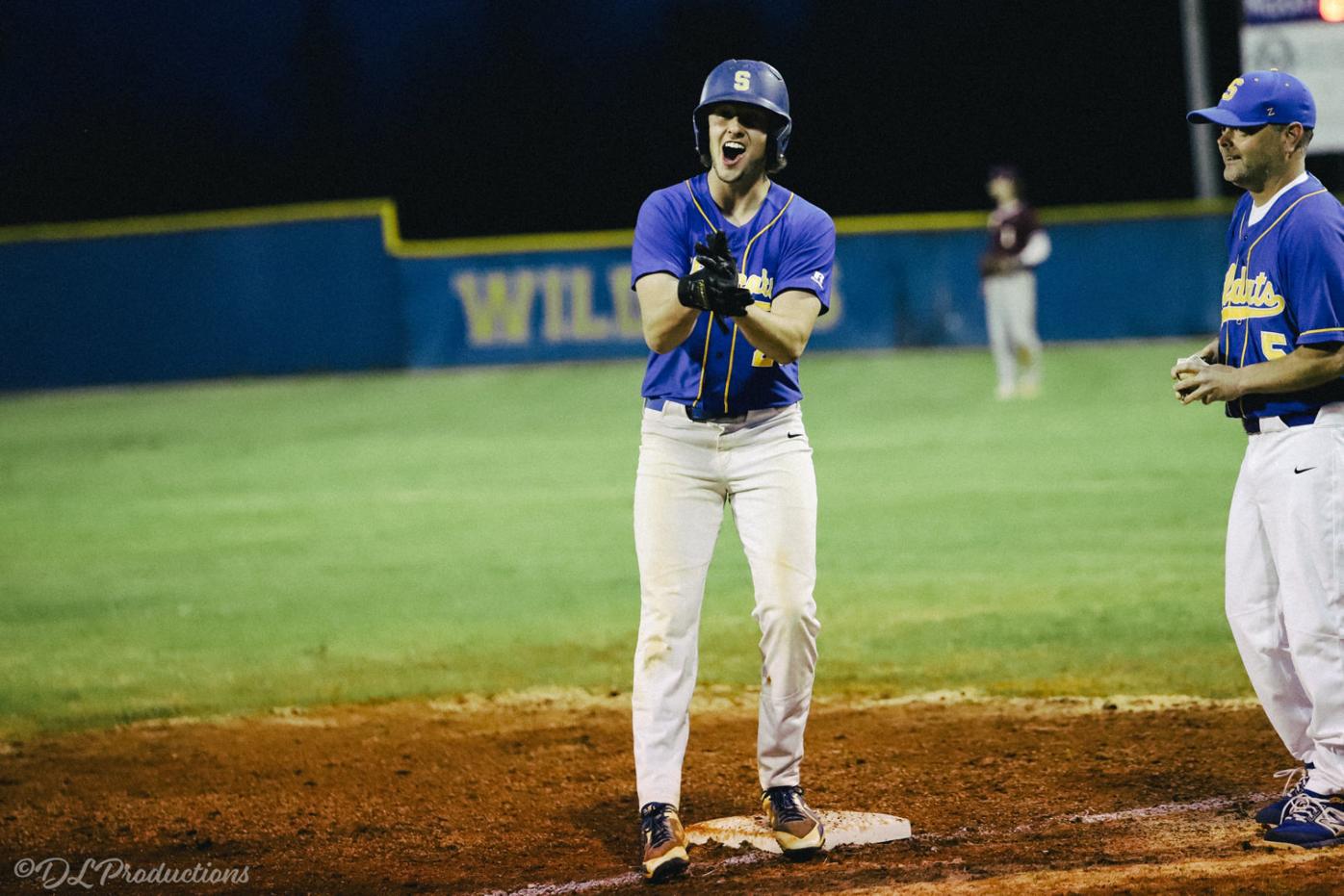 Levi Presley celebrates at first base for Sweetwater in the Wildcats game on March 16 in Sweetwater. 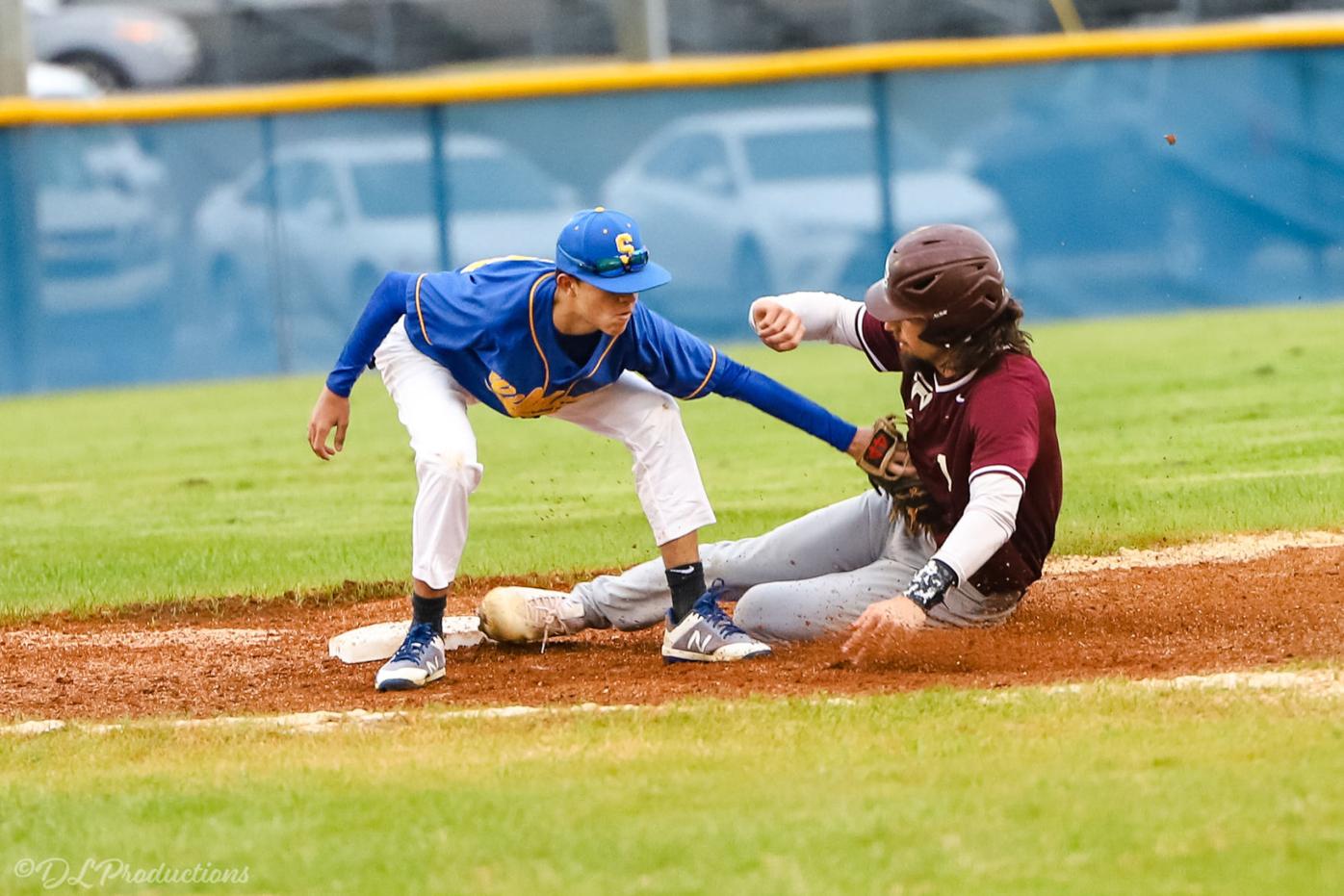 Blaine Watson pitches for Sweetwater on March 16 in Sweetwater.

Ty Ezell slides into first after avoiding a tag for Sweetwater in their game on March 16 in Sweetwater.

Dalen Gibby (left) catches the ball for a play at first for Sweetwater as Tellico Plains’s Jace Lynn runs through the bag.

Levi Presley celebrates at first base for Sweetwater in the Wildcats game on March 16 in Sweetwater.

While some programs across Tennessee might be feeling behind going into their 2021 season, Sweetwater baseball is not one of them.

The Wildcats played a summer league in Knoxville that made up for lost time, but the team is still working through those preseason issues.

“I think just getting back (is big),” Sweetwater Coach Travis Watson said. “TSSAA does not allow a fall season, so it is really tough, especially with these small schools where a lot of these kids play different sports. It’s just been getting the rust off and the fundamentals back. We’ve been trying to get some soreness out in their legs.”

The Wildcats were 4-0 into Watson’s first season in charge before the 2020 spring sports schedule was canceled due to concerns with the spread of COVID-19.

While last year’s decision may lead to some issues with rebuilding skill sets, the athletes on the Wildcats are ready to go.

“It is amazing. This is the best game ever, we have had good weather and it is great to get out here with the guys to play and compete together,” Ty Ezell said. “(We’ve been) staying healthy and getting into shape with our arms and everything. We have been trying to get back into the rhythm of playing.”

Ezell, a senior, plays primarily at third base, but is capable of moving around the field and adds an experienced bat to the lineup.

“I feel pretty good about it. It is another chance to play baseball and have some fun and play the sport I love,” senior Levi Presley said. “Our pitching and hitting is really good, I think we are going to excel in everything.”

Presley will provide a presence on the mound along with Briley Duggan.

“We work hard as a team. We get along with each other pretty well and joke around a lot of the time. We have some pretty good freshmen and sophomores coming up,” Duggan said. “It looks pretty good. We don’t have as many hot bats as we normally do, but we will be up there.”

For the Wildcats, Loudon jumps out immediately. The Redskins reached the state tournament in 2019 while Meigs County (16-15 in 2019) topped the district with a 9-4 record.

Though in only his second year in Sweetwater, Watson is familiar with the competition in the league. Watson played his high school baseball at Loudon before going to Roane State Community College and UT-Martin.

Meigs County Coach Tyler Roberts and McMinn Central Coach Chris Shepard will recognize Watson. He recruited them both to play at Lee University when he was with the Flames.

Watson was an associate head coach at Faulkner University in Montgomery, Alabama, and has coached at Hiwassee College and Middle Tennessee State. Most recently, he coached Tennessee Wesleyan.

For Sweetwater, things start on the mound with Dalen Gibby. The junior was a factor in the previous season for the Wildcats and will return to that starting pitching role.

'We're about where we should be': At spring's midpoints, Husker coordinators see progress

Martin speaks to media about portal, prospects and his next group

“A lot is going to be on Dalen Gibby,” Watson said. “We felt like he was our leader last year. I think it starts with him. He is a junior this year. He had some arm soreness in the summer, but we hope that is gone and he can kind of carry the load.”

Following Gibby, Watson has a few other guys he is counting on to do work on the bump.

The Sweetwater bullpen will play with all right handed pitchers and also has underclassmen to pad the depth coming in from the field.

Ryan Littleton and Kai Correll are a couple of players who could fill that role along with Blaine Watson, who Watson thinks has a chance to start as a freshman.

Cody Myers, a sophomore transfer from Florida, has a chance to win the starting job behind the plate while Levi Presley will add some depth. Sweetwater also has options with Jake Presley and Landen Boyd.

“We have some depth back there; it’s just getting everybody and giving them a shot,” Watson said.

Sweetwater’s pitching core features a pair of guys from their starting infield that leaves a concern with being thin on the left side. Watson expects to have to do some shuffling around to find the right fit early on.

“It depends on how long the starting pitcher can go at this level, and do we have to bring in the shortstop to pitch — then that changes the whole defense,” Watson said. “Maybe not quite as much depth, but I think the guys that will be there the most we have a lot of confidence in.

At the plate Sweetwater will rely on their speed. Centerfielder Jayce Upton will start the lineup, followed by Ezell — both from the left side.

“We feel like at the top of the line up we have some speed. It may be a bunt and run type team — we will see how it all works out,” Watson said. “Whatever it takes to get the job done, whether we bunt and run or we swing for doubles. I think time will tell for that and we will make adjustments for whatever we need to.”

Depthwise, Sweetwater has young players that Watson is waiting to see how they prove themselves. Tucker Lorenz, James Smith and Baylor Duggan will come in under that aspect.

Kade Correll, a senior, brings a scrappy, focused work ethic that Watson thinks will lead to a big year.

“There is some depth there, but the experience is probably not there from where it has been in the past. And it is almost go time,” Watson said. “Sometimes you just have to put them out there and get their feet wet. Learn as you go.”