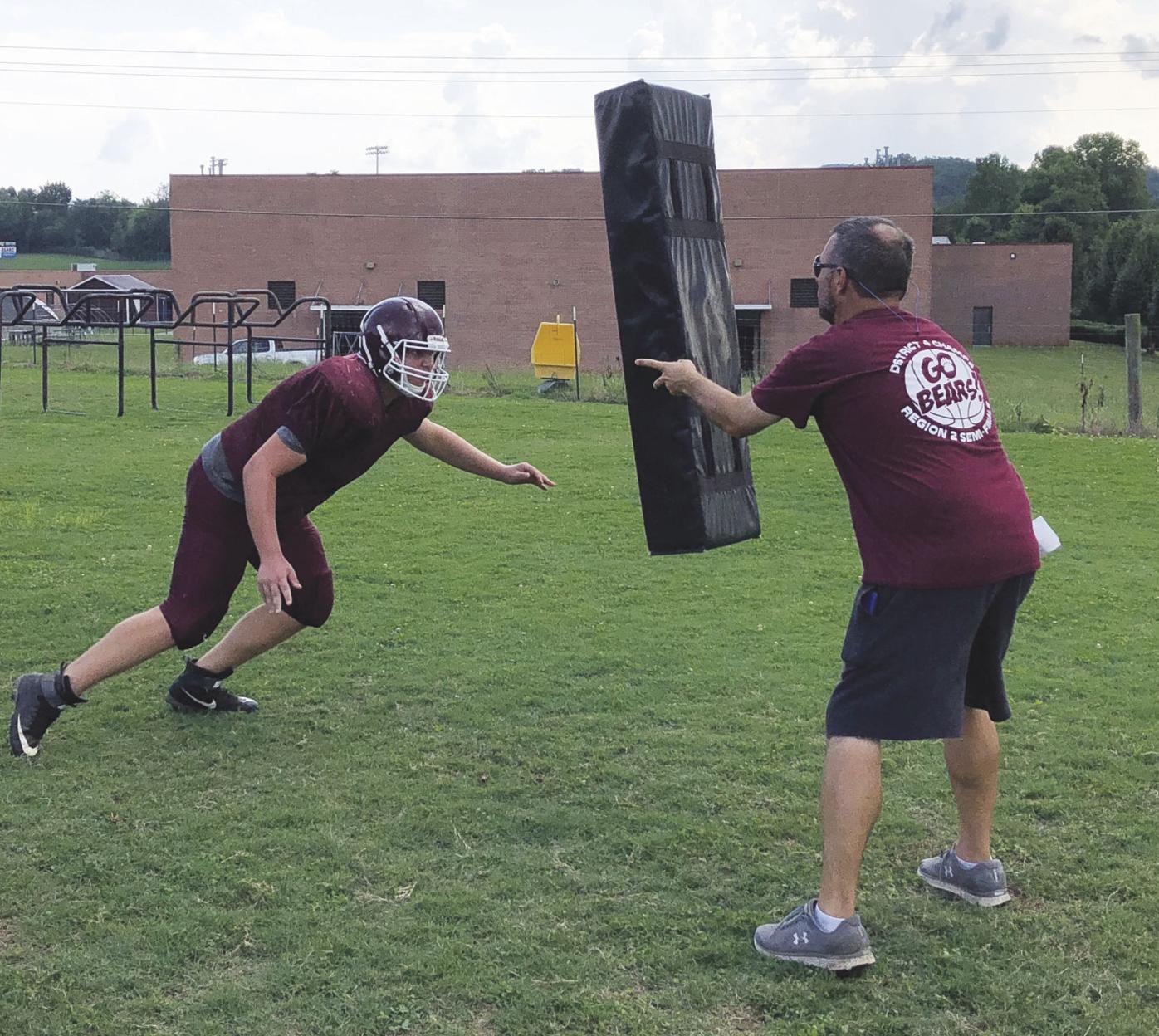 A Tellico Plains football player goes through a drill with an assistant coach during the Bears’ practice on Wednesday. 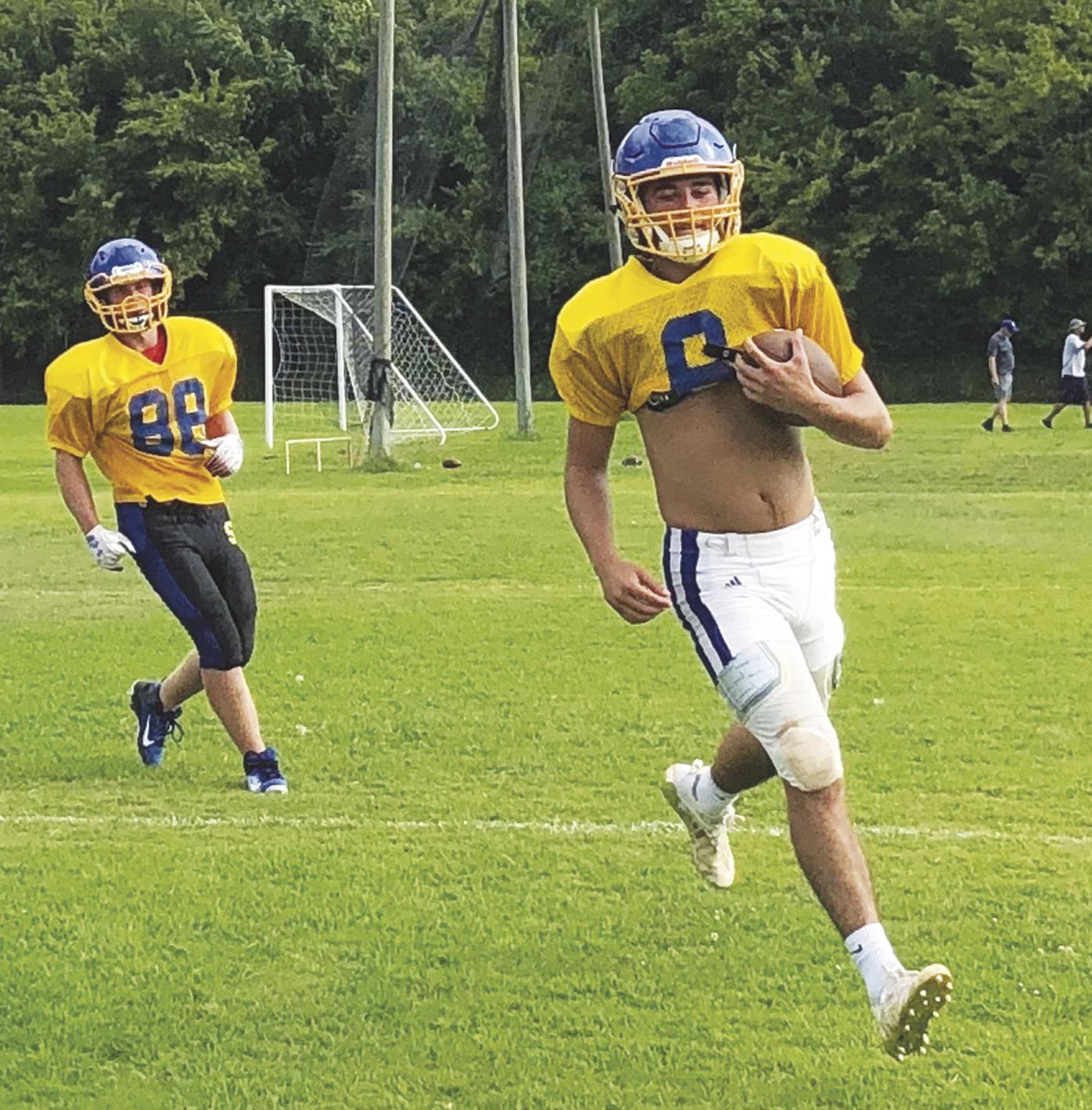 Sweetwater quarterback Austin Long and a teammate during the Wildcats’ football practice on Wednesday.

A Tellico Plains football player goes through a drill with an assistant coach during the Bears’ practice on Wednesday.

Sweetwater quarterback Austin Long and a teammate during the Wildcats’ football practice on Wednesday.

It was a sight that some feared would never come, yet all yearned for.

“There was a lot of mixed emotions (when the order was announced),” Sweetwater head coach Mike Martin told The Advocate & Democrat. “To be honest with you, I was a little numb because I didn’t think there was a chance we’d get it. I was really planning on an eight or seven-game schedule …

“And then immediately, I wasn’t excited; I was panicked, because I thought, ‘In three weeks, we’ve got to go to No. 4-ranked Meigs County.’ Then it hit me. I thought, ‘At least we get to play some football.’ So the excitement came. But it was a little of mixed emotions.”

Each county head coach enters their second season with their respective team, looking to further cement the building blocks they laid last year.

“After the ruling, I told (the team), I was passing out shoulder pads, that was something that I didn’t think I’d get to do this year,” Rechtorovic said. “So it was pretty exciting for us just to get the shoulder pads out. And then today, being able to go in full gear.”

Random run-ins: You never know where you might come across a Husker

Rapid testing ensures 'a clean field,' and a ticket to a Big Ten football season

Later that evening, Martin, as well as Sequoyah’s Ryan Bolinger, did the same. After a strong first season leading the Wildcats, one that featured the program’s return to the playoffs after missing out in 2018, Martin’s team is loaded with veteran talent and experience.

Teams are in a tougher position this preseason than in years past. With the COVID-19 crisis having deeply cut into practice time and the TSSAA’s prohibition of jamborees and multi-team scrimmages, the Wildcats, Bears and Chiefs will have to prep in a hurry.

“We’ve been talking as a staff for the past month or half or however long we’ve been able to just condition,” Martin said. “We felt like we were ahead of the game, but as soon as they said, ‘You’re good to go,’ because I think most people were anticipating us not going to be able to get the first week or two in, and then you’re like, ‘Oh, I’m not prepared. We’re not ready.’

“Me, personally, kind of feel like we’re a little behind, with the challenge we face in two and a half weeks, now.”

Tellico and Sequoyah will face off in each team’s season opener, raising the stakes even more for players and coaches to be ready for Week One.

“Still keeping my fingers crossed because I’m not sure,” Rechtorovic said. “Every time I turn around, the NCAA is coming up, somebody’s not playing, somebody’s not doing this. So if they’re thinking that, I don’t know what the TSSAA is going to say.