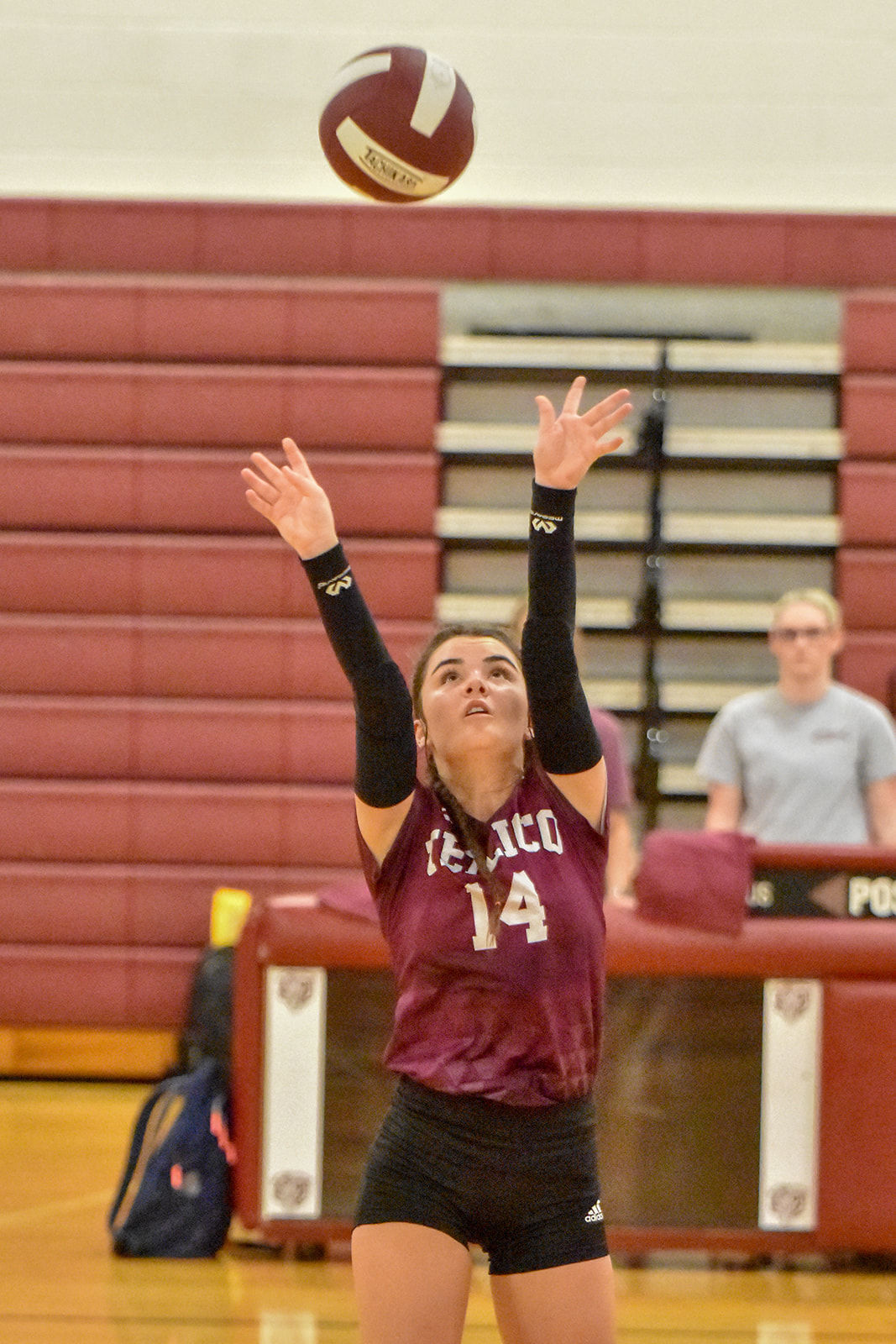 Bailey Dalton sets up a play in Tellico’s 3-1 win over Copper Basin on Tuesday. 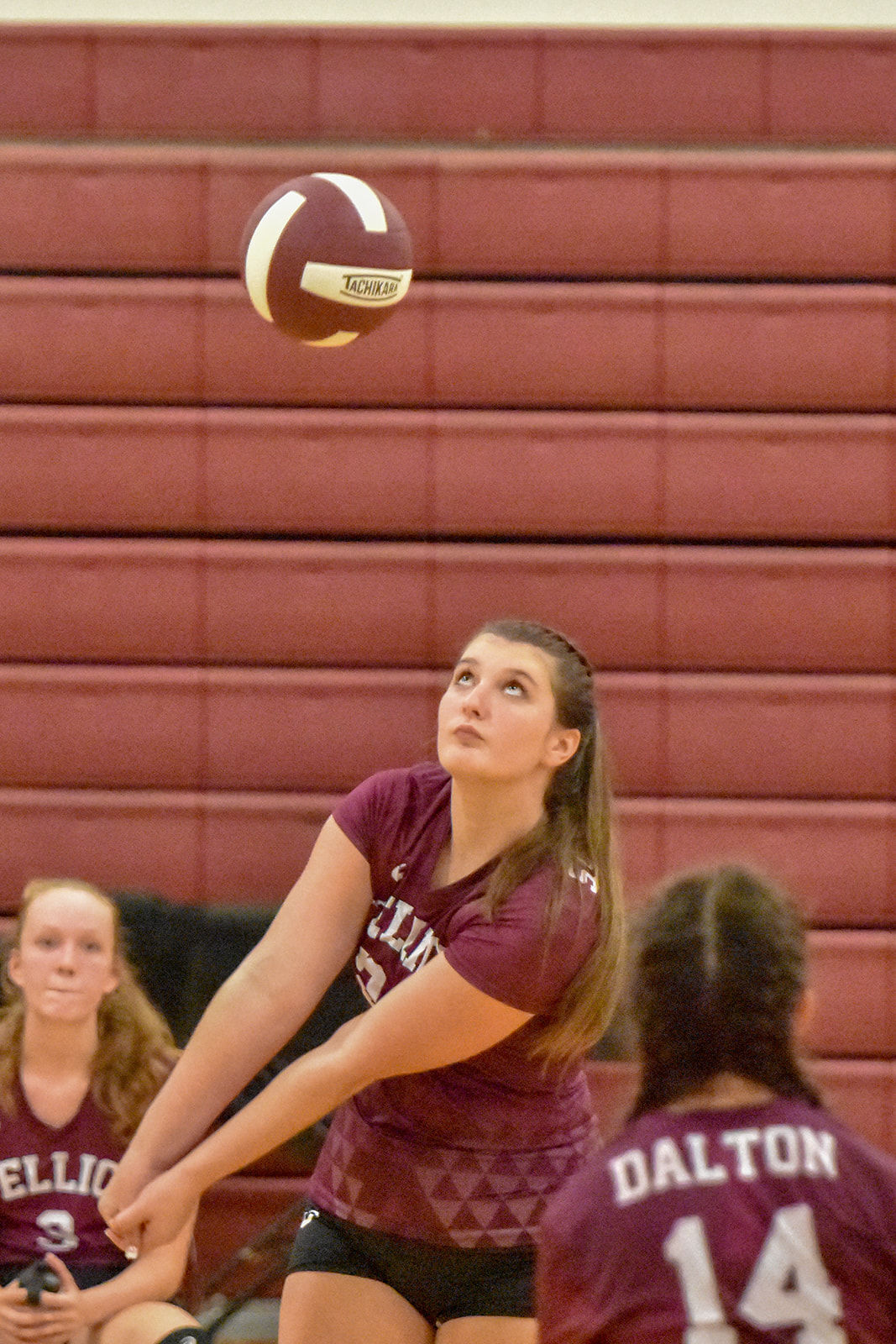 Joell Stinnett plays the ball in Tellico’s 3-1 win over Copper Basin on Tuesday. 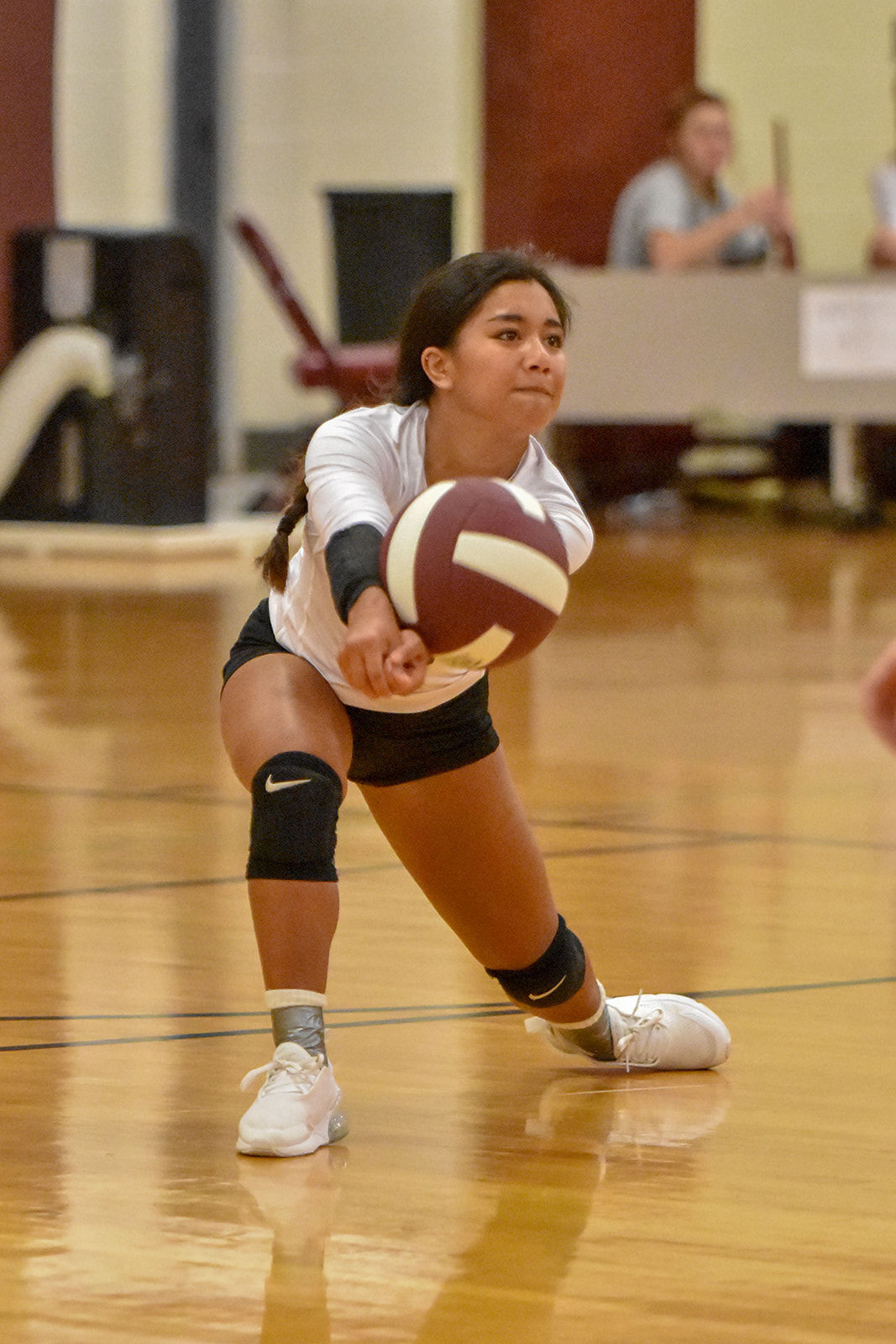 Tellico’s Shela Haynes plays the ball in a 3-1 win over Copper Basin on Tuesday.

Bailey Dalton sets up a play in Tellico’s 3-1 win over Copper Basin on Tuesday.

Joell Stinnett plays the ball in Tellico’s 3-1 win over Copper Basin on Tuesday.

Tellico’s Shela Haynes plays the ball in a 3-1 win over Copper Basin on Tuesday.

TELLICO PLAINS — Bailey Dalton set the ball on a platter at the center of the net.

The junior’s ball hung in the air, awaiting Chole Jones to smack down a district win. Jones’ kill hit the center of the court in the middle of a sea of Copper Basin Cougars and Tellico Plains took the fourth set 26-24 to secure a 3-1 win on their Coach Tucker Court.

“(Dalton) is a good setter and smart. She is smart on the game and she knows her position and knows where everybody else is on the court,” Tellico Coach Michele Hamilton said.

“It felt so amazing (to get this win). We won at Copper Basin and here,” Dalton said. “It was close. We just had to pass, get our heads in it and focus. We’ll get it. I’m really comfortable there. I think those are things we do well.”

The Bears lost 3-0 three times to Copper Basin a year ago. In that time, Tellico has found an upswing, working out two wins over the Cougars.

Tellico has beaten Copper Basin at home and in Copperhill this season.

“I feel like we have grown a lot and we’re really doing good. I’m proud of us,” Dalton said. “It felt so amazing (to get this win). We won at Copper Basin and here.”

A tight fourth set called for advantage points to seal the night. The final game saw five lead changes and the Bears overcame an 8-3 deficit early when Copper Basin hit the net. Trailing 13-8, another Cougars penalty lifted Tellico up, snapping a streak of five straight points for the guests.

“I’m feeling pretty good. I’m glad we won. I thought we were going to go into a fifth set,” Dalton said.

The Bears, who trailed in the fourth set 22-20, had to trust themselves to get back to winning points.

The hosts had mental mistakes cost them a few points in the build up. The Bears faltered in communication a couple of times, giving a pair of points to Copper Basin as the ball slammed into the center of their court.

“We need to communicate more, but overall I think we did pretty good,” Joell Stinett said.

Stinett, a junior leader on Tellico’s squad, finished the game with six kills.

The Bears are set to host Meigs County in district action on Thursday.