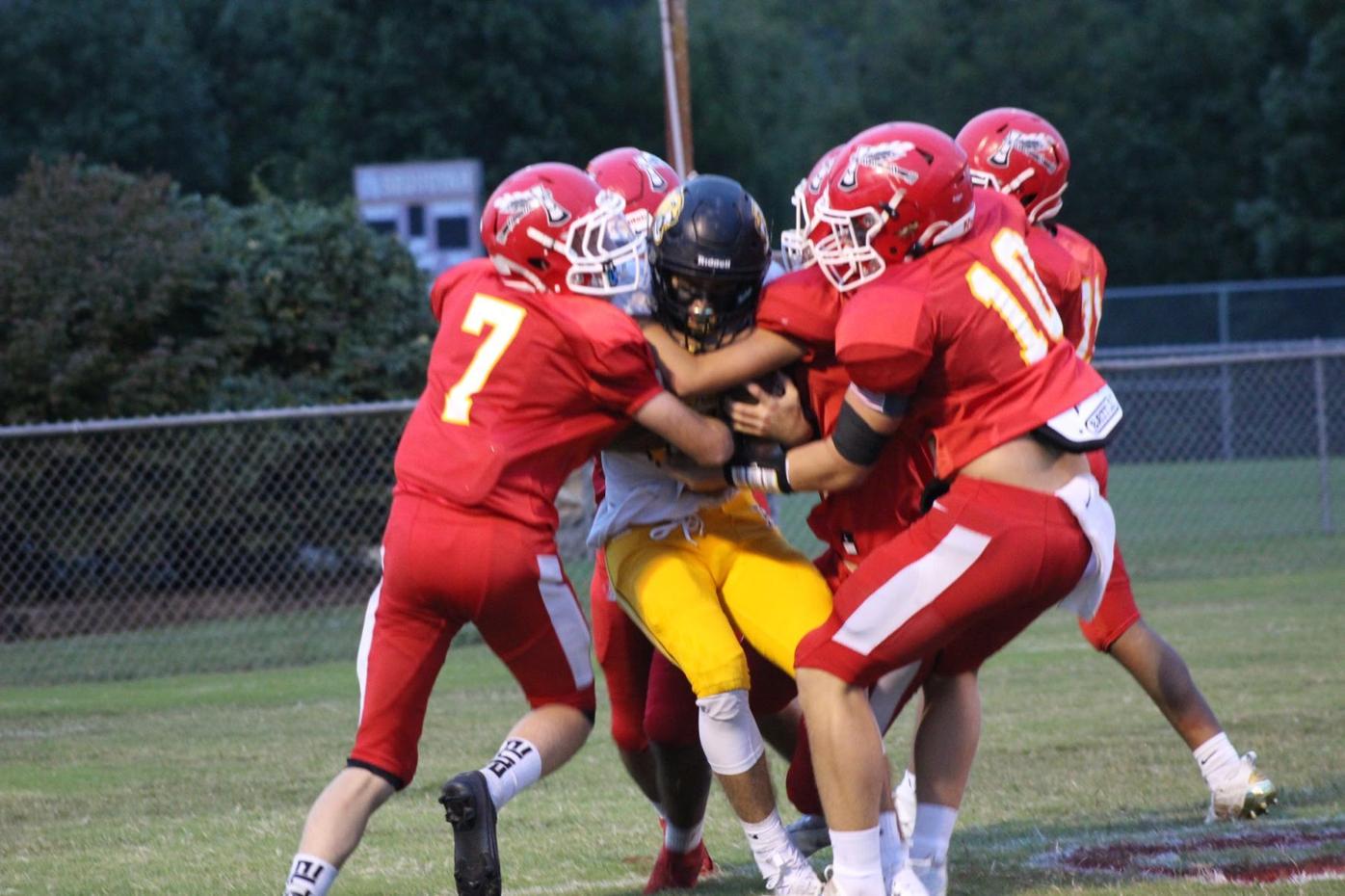 A group of Chiefs try to make a tackle on a Hixson ball carrier in Sequoyah's 36-0 loss on Friday in Madisonville. 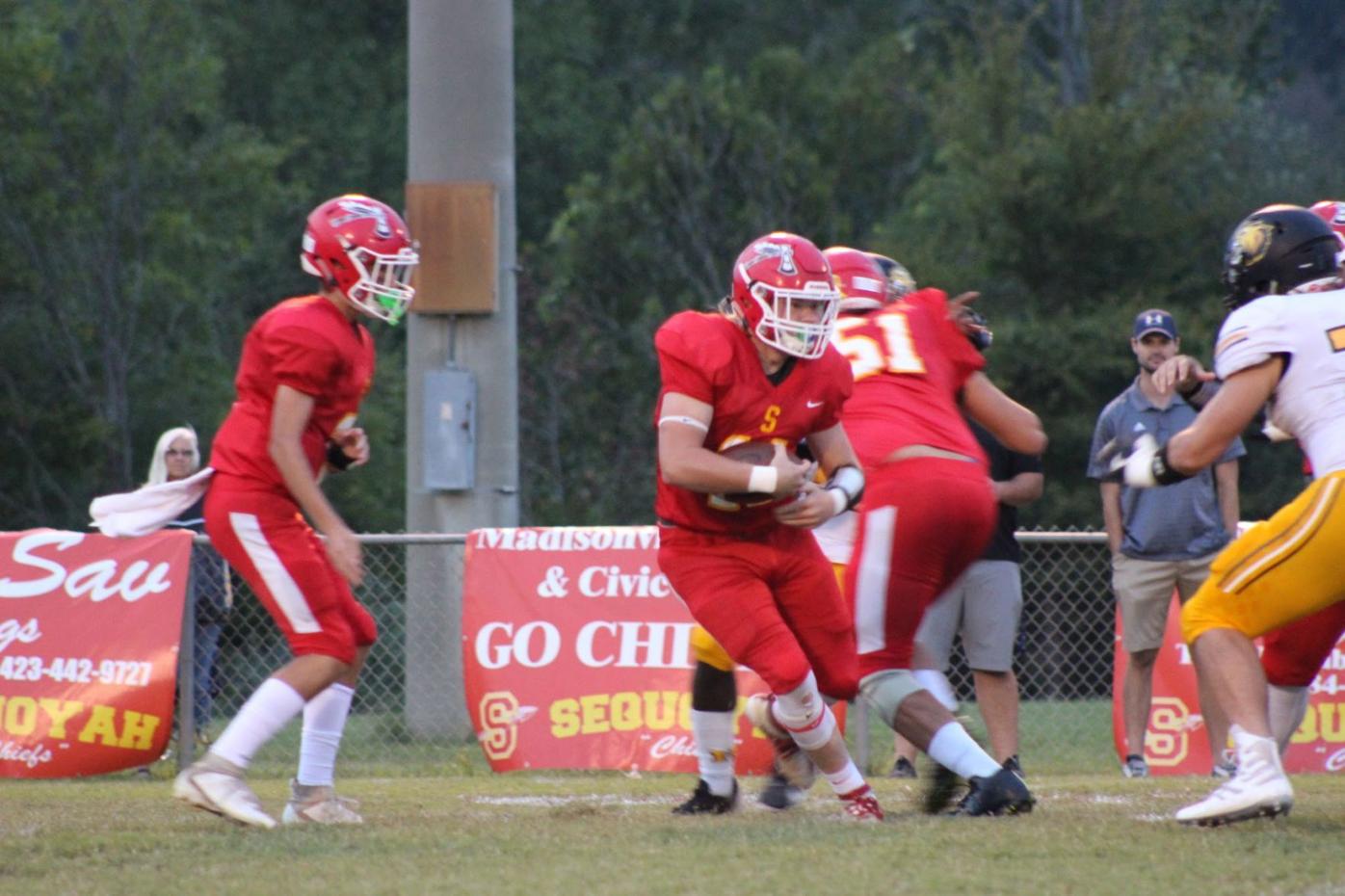 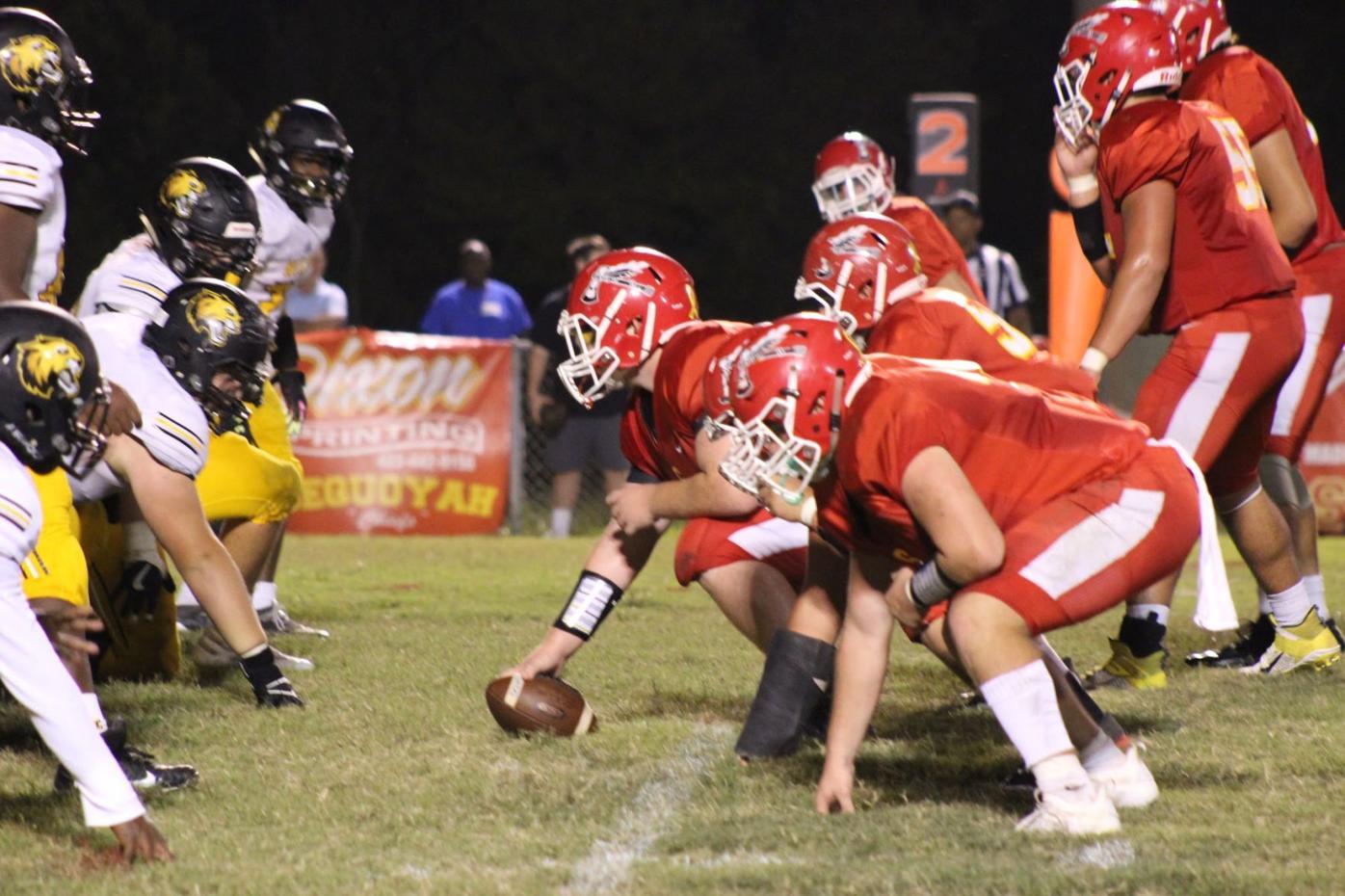 Sequoyah lines up for a play against Hixson on Sept. 18 in Madisonville.

A group of Chiefs try to make a tackle on a Hixson ball carrier in Sequoyah's 36-0 loss on Friday in Madisonville.

Sequoyah lines up for a play against Hixson on Sept. 18 in Madisonville.

Sequoyah (0-5, 0-2 Region 2-4A) struggled to finish off their chances in a region contest with Hixson.

The Chiefs found themselves in the red zone three times, but ended the night without finding a way onto the scoreboard. Hixson (1-4, 1-1 Region 2-4A) shutout Sequoyah 36-0 on Friday.

“Overall, I felt like we took care of the ball for the most part,” Sequoyah Coach Ryan Bolinger said. “(We had) too many times of not putting it in the end zone when we should have. It felt like we had some bad calls that hurt us as well.”

The Chiefs, whose losing streak extends to 19 games, built up over 250 total yards in their defeat.

“At the same time, we also had our opportunities that we could have put it into the end zone but didn’t. We were inside the 10 yard line twice, and inside the 20 another time, and you don’t put it in it kills you.”

Scoring has been an issue for the Chiefs. The lone Sequoyah score came when they visited region rival Chattanooga Central on Aug. 31. The Chiefs have been shutout four times in 2020.

Everything to get you ready for Wyoming's game at Nevada

McCaffrey provides spark, both QBs have strong moments as NU gets both on field

“We had a bad read here or there, or one player doing the wrong read. I would not say it was something they were doing. Maybe it was a lack of execution on our part,” Bolinger said.

On the ground, Sequoyah moved the ball well, tallying 147 rush yards in the first half. In the second half, the Chiefs accumulated 82 yards.

“We had some guys running hard and our line was blocking a lot better,” Bolinger said. “I think we were a little bit better offensively with staying with the run and not vacating that. Our line is finally finding some continuity together and working together, moving those legs.”

Sequoyah, a team not known for throwing the ball, finished the night with 46 passing yards.

“We did not have any scrimmages this year,” Bolinger said. “Playing a lot of young guys like we are definitely hurt us. Technically, this would have been game one or game two for us had we had our two scrimmages before the jamboree. Now we are trying to work out those kinks a little bit.”