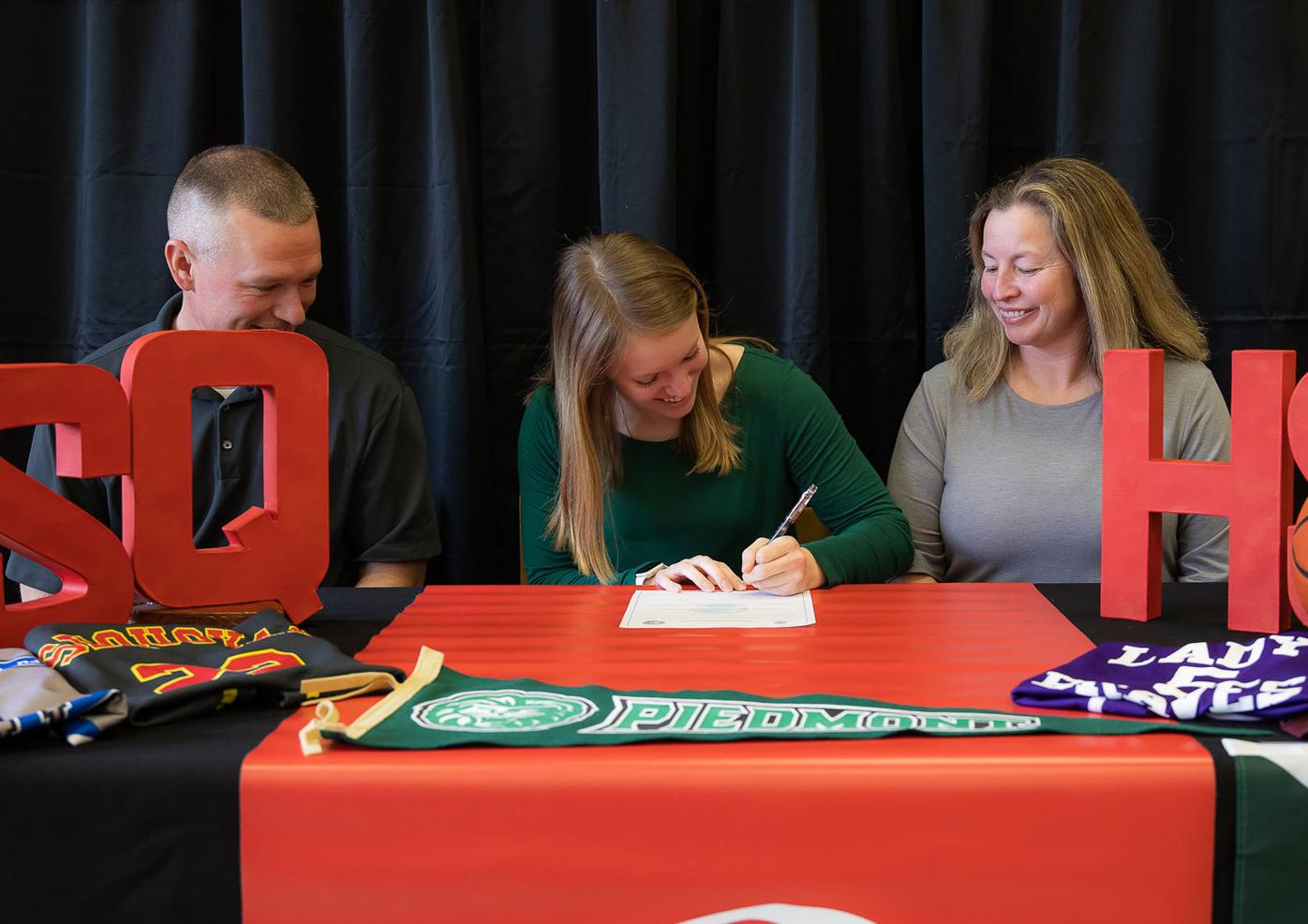 Hanna Carroll (center) signs to play basketball at Piedmont College alongside her parents Phillip (left) and Kim Carroll in Madisonville on March 11. 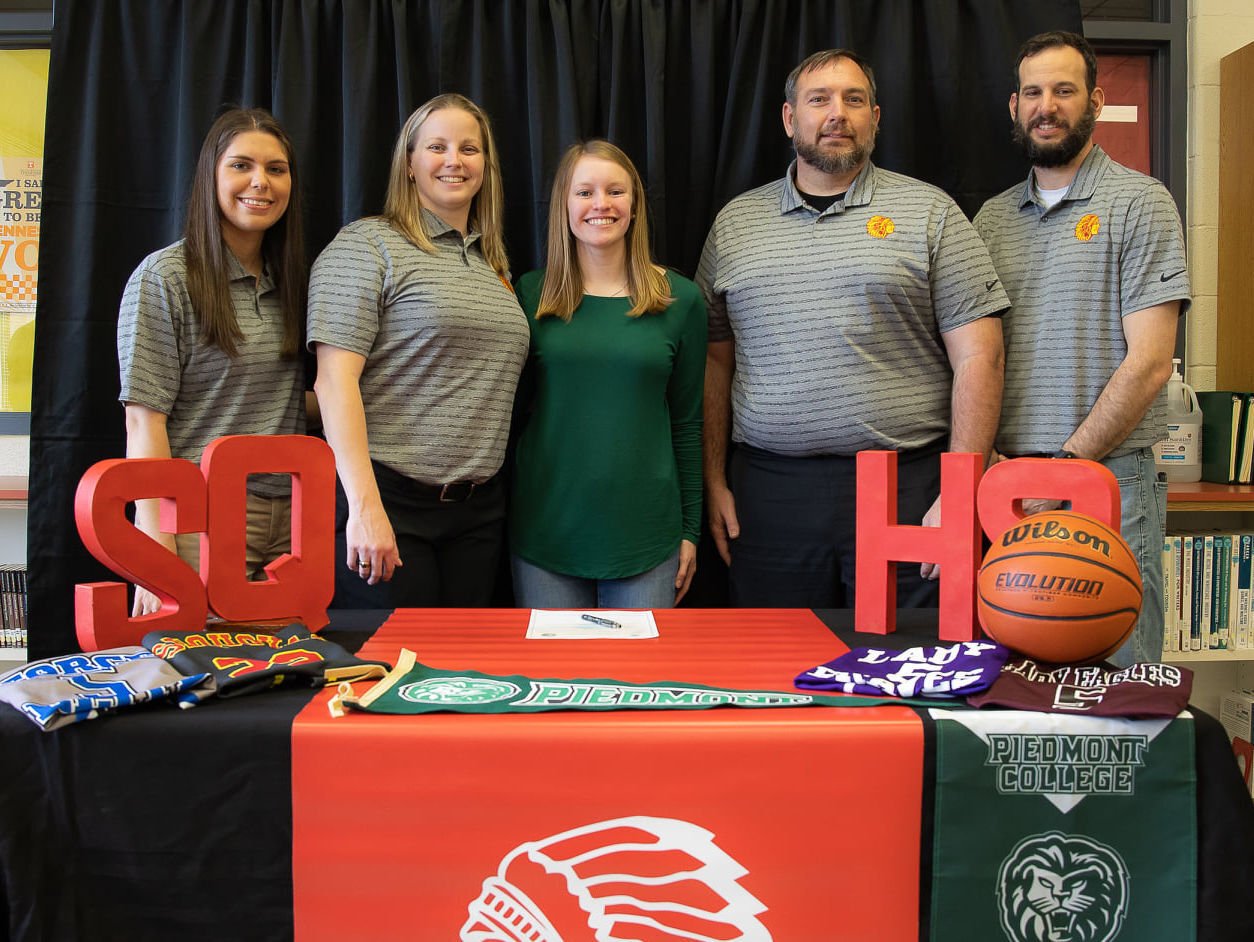 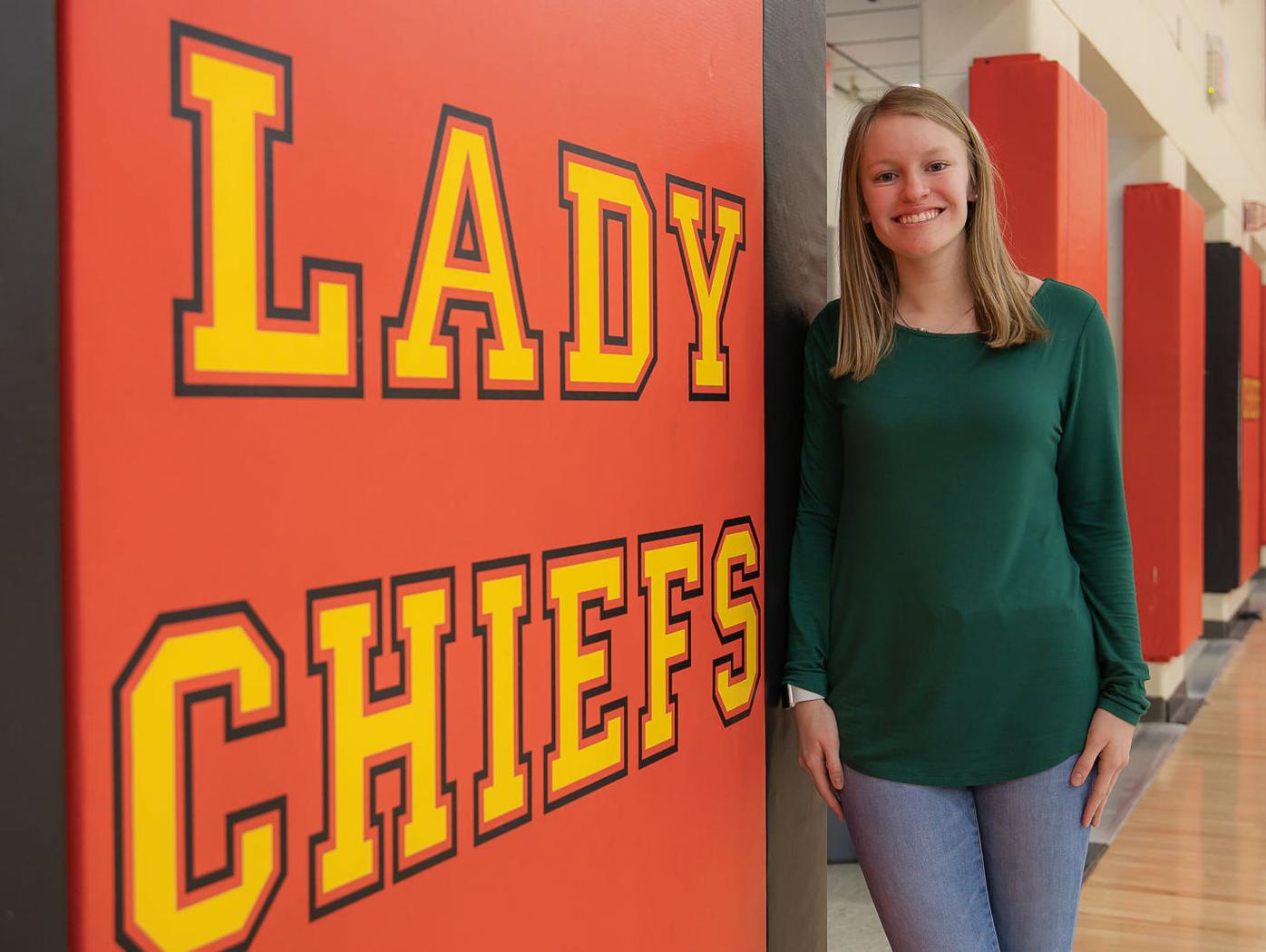 Hanna Carroll poses in the Chop House at Sequoyah High School in Madisonville on March 11. 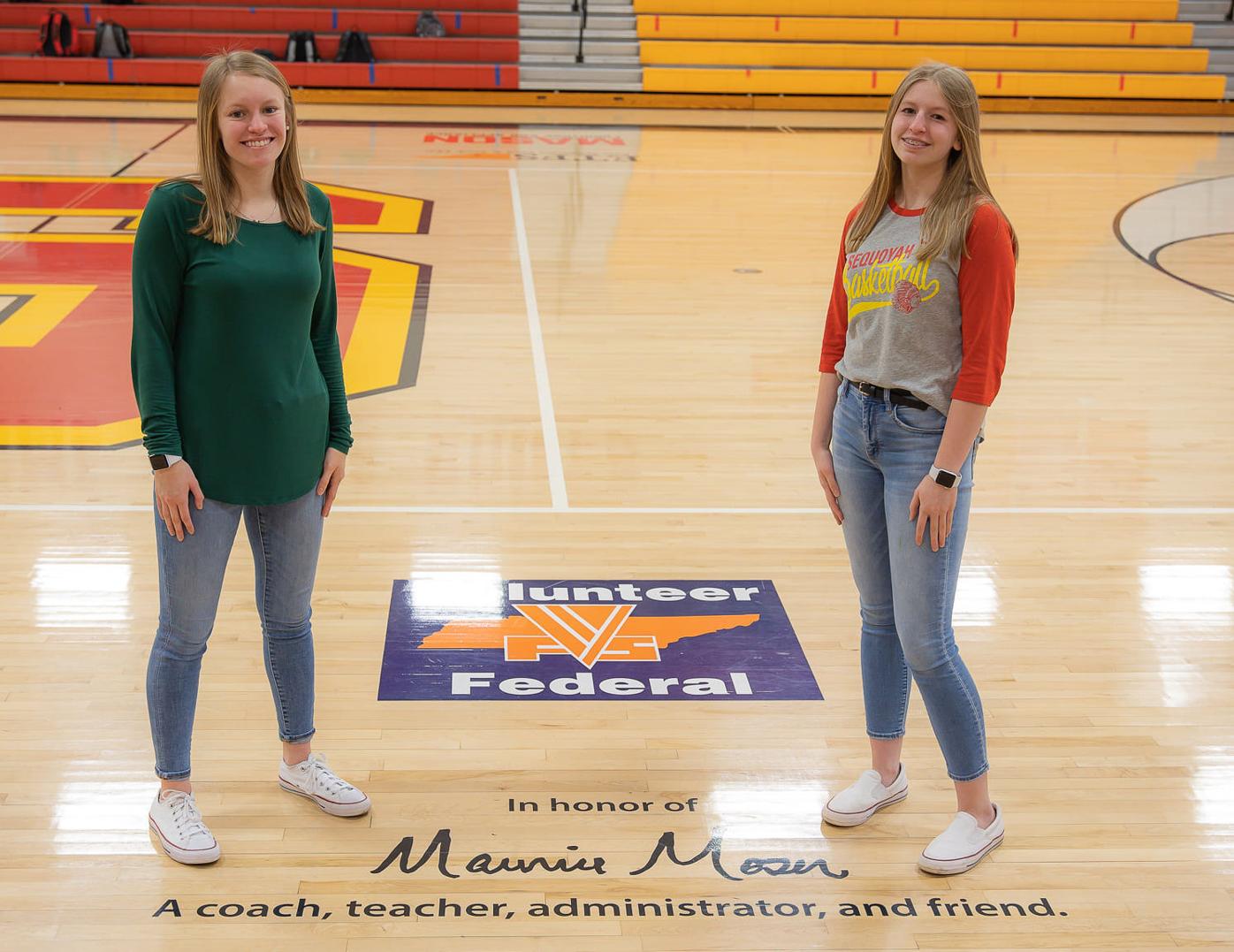 Shown here are (from left) Hanna and Haley Carroll standing on the court at the Chop House in Madisonville on March 11.

Hanna Carroll (center) signs to play basketball at Piedmont College alongside her parents Phillip (left) and Kim Carroll in Madisonville on March 11.

Hanna Carroll poses in the Chop House at Sequoyah High School in Madisonville on March 11.

Shown here are (from left) Hanna and Haley Carroll standing on the court at the Chop House in Madisonville on March 11.

MADISONVILLE — The ink is dry. Hanna Carroll is officially set to become a Piedmont College Lady Lion in the fall.

The Sequoyah senior has put in the work on the basketball court for a while. Now, she knows that her efforts have paid off.

“It has definitely been tough and a lot of work,” Carroll said. “I have been preparing for this before I got into high school, so it is definitely something that I have worked for a long time for.”

As a senior, Carroll led Sequoyah in assists, 43, and steals, 25. She also finished with 48 rebounds and finished third in scoring with 136 points. Carroll had a season high 16 points against Greenback on Feb. 5.

“She is always one of the first ones in the gym before practice, and one of the last ones out of the gym after practice,” Sequoyah Coach Allyson Bowers said. “She is always asking when the gym would be open or if I could come out and give her some extra time.”

Carroll was a key factor for her squad reaching the 2021 Region 3-AA tournament. After falling short as a junior, Carroll helped lead the Lady Chiefs past rival Sweetwater in the first round of the District 5-AA tournament.

“She will be missed as part of our team and she is a great leader on and off the floor,” Bowers said. “She goes at everything with 100% — there is no slacking, no excuses. When she is not having a good game or can’t get her shot to fall she works that much harder. That is a testament to her, and that testament is paying off today.”

And despite being the four seed, Carroll and the Lady Chiefs put up a solid effort against Brainerd in the region quarterfinals.

“The Chop House has really been a big part of my life because my family has grown up around here. My grandfather used to be a coach and principal here. (I remember) watching games and being by his side in the office. I had the opportunity to play for Coach Bowers and Coach (Spencer) Beaty. I have really enjoyed that — all the way through my freshman year to now it has been a great experience,” Carroll said. “I really appreciate all the support from my family out to the community members who have supported me out this way. It truly means a lot and I will never be able to repay them or thank them enough for that.”

Carroll’s mother, Kim, thanked the small gathering in the Sequoyah library for their continued help and support. The crowd was mixed with former coaches, trainers and teammates. Kim Carroll said in her speech that “it takes a village to raise a kid.” With her family’s ties to coaching and Sequoyah basketball going back to before Hanna Carroll was around, her ties within the community run deep.

Tatum Grass pushes for bigger role among Badgers' inside linebackers

“I have known Hanna for a long time and it hit me this morning that my life is kind of coming full circle for me at this point,” Bowers said. “Hanna started playing AAU ball for me in 2014 when I started coaching on my own. She played for me in Lenoir City for a travel team there.

“Obviously, her grandfather was my head coach in high school and he was there for my signing. Just being here and seeing things come full circle and seeing her work ethic from a little bitty girl all the way up. This is a well deserved honor — I am totally grateful that I have been able to be a small part in her great scheme of a basketball career.”

Piedmont College is just across the state line, on the other side of the Chattahoochee National Forest in Demorest, Georgia — about two and a half hours from Madisonville.

Despite being on the other side of the forest, Carroll thinks of it as home.

“When I went on my visit it just felt like home immediately,” Carroll said. “As soon as I met the coaches it was an instant click. It is such a beautiful campus and program too.”

Piedmont, a private, congregationalist college, plays in NCAA Division III’s USA South. The Lady Lions went 15-4 in the 2020-21 season and were the one seed out of the west half of the conference before being upset by Maryville College in the conference semifinals.

“It is a really great environment,” Carroll said. “The coaches are really involved with their players and everything they do. It really is just a family and I really love that.”

Before settling on Piedmont, Carroll had the opportunity to play at Roane State Community College as well as receiving multiple offers at schools in Middle Tennessee.