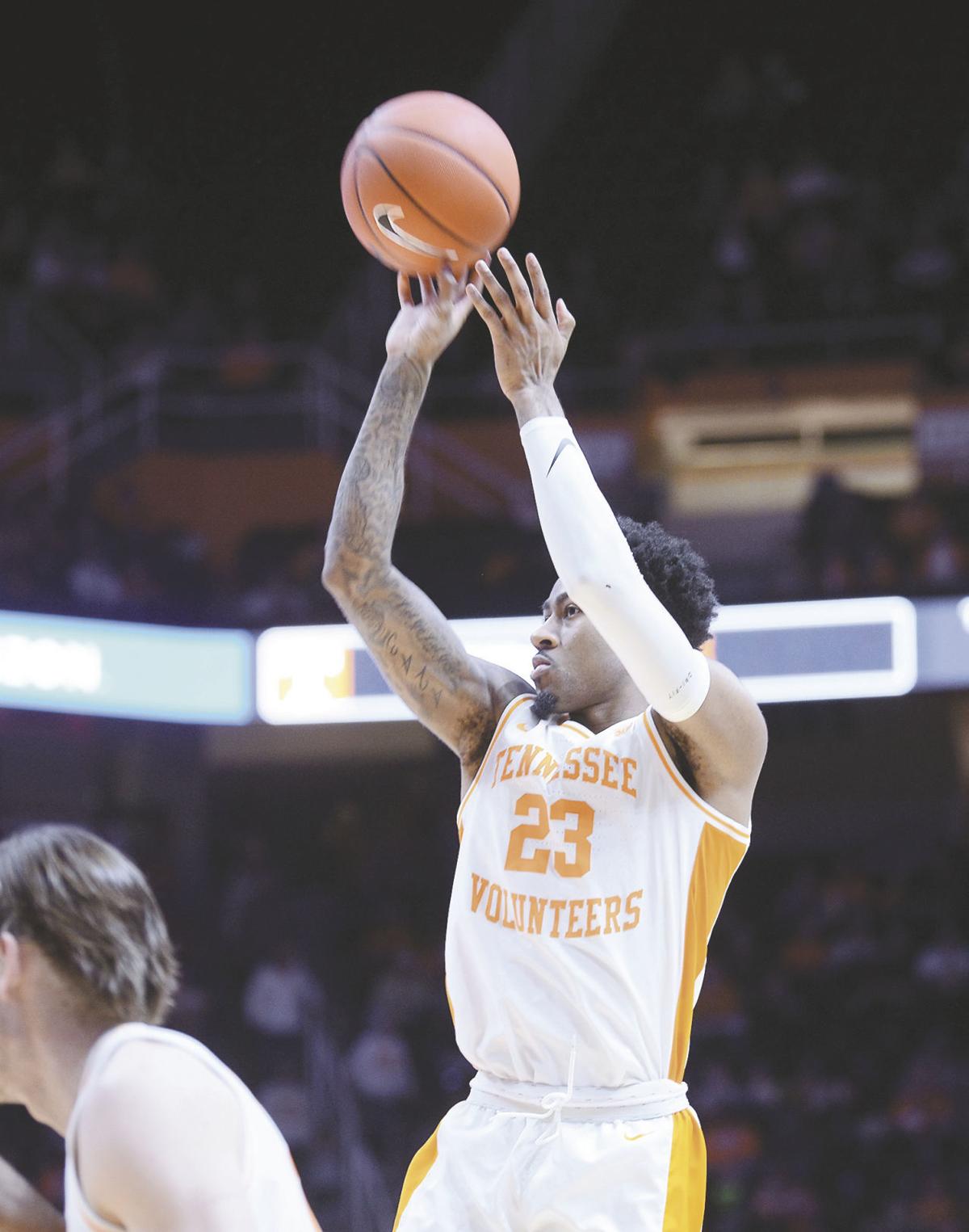 Jordan Bowden (23) pulls up to hit a mid-range jumper against Florida A&M on Dec. 4 in the Vols’ 72-43 win at Thompson-Boling Arena. 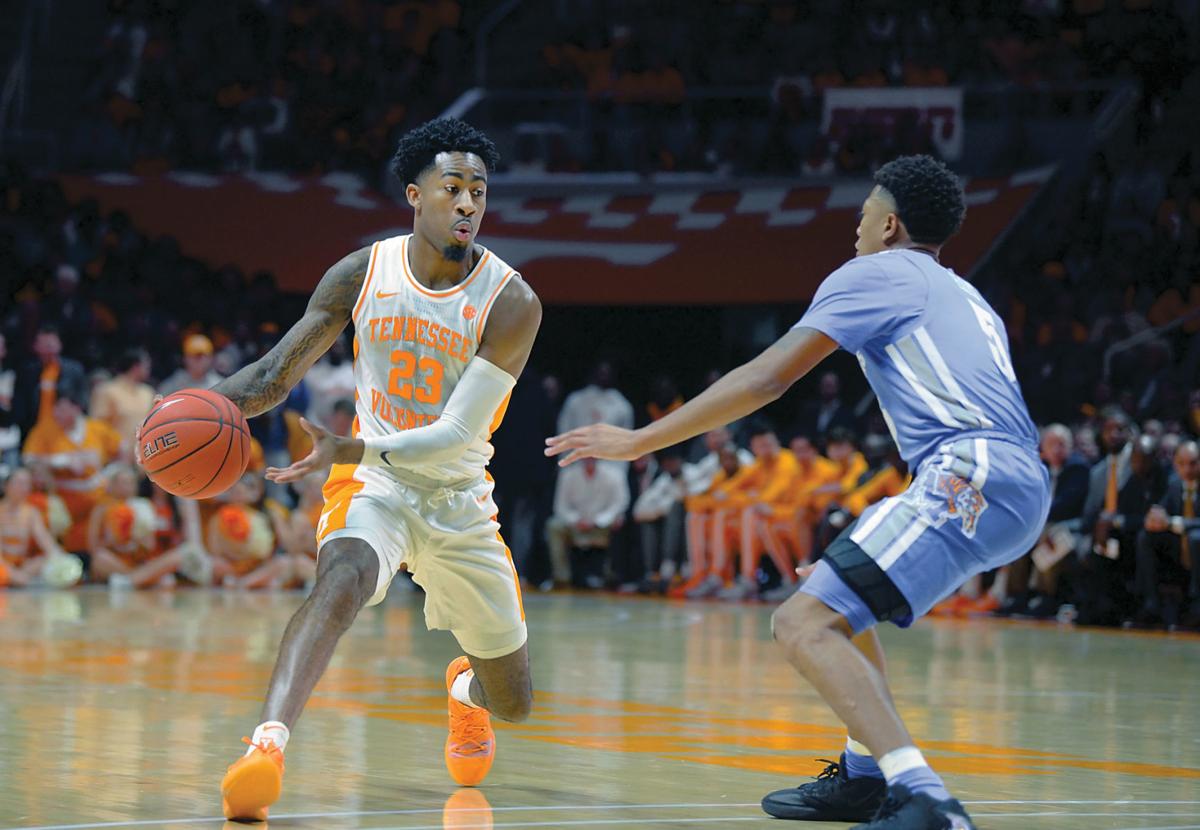 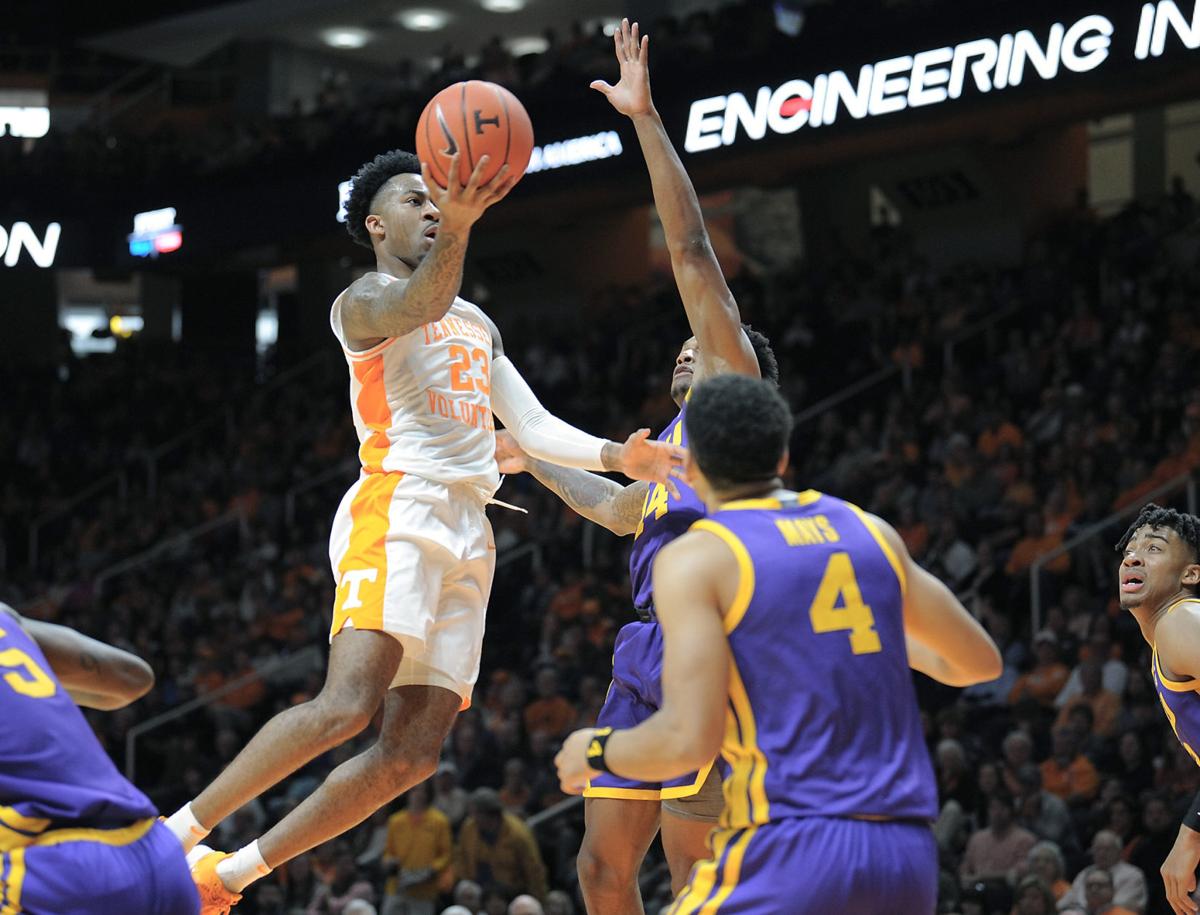 UT’s Jordan Bowden drives to the basket against LSU against LSU on Jan. 4 at Thompson-Boling Arena in Knoxville.

Jordan Bowden (23) pulls up to hit a mid-range jumper against Florida A&M on Dec. 4 in the Vols’ 72-43 win at Thompson-Boling Arena.

UT’s Jordan Bowden drives to the basket against LSU against LSU on Jan. 4 at Thompson-Boling Arena in Knoxville.

Jordan Bowden would be in a gym getting shots up under normal circumstances.

Ideally, the Tennessee senior guard would be leading the Vols into the second weekend of the NCAA Tournament after sneaking into The Big Dance with the program’s first SEC Tournament championship since 1979. At the very least, he would be preparing for the NBA draft process.

Instead, the COVID-19 outbreak made the former scenario an impossibility and the latter more difficult.

“You have a lot of time on your hands, more than you did during the season,” Bowden said Thursday. “You just try to find something that can keep you occupied.”

Bowden is still finding ways to stay in shape even if he cannot step get on the court, including pushups and cardio. He is also sorting through his options in regard to selecting an agency to represent him as he transitions to a professional basketball career.

“I talked to Bone and Kyle the other day about the agency and how all that stuff works out,” Bowden said. “Bone and Kyle just told me to go with whoever you trust.

“It’s tough, the process, and all that, the NBA workouts and all that. It’s tough, but they told me I was prepared for it and I should be ready for it.”

The Knoxville native averaged a career-high 13.7 points per game despite enduring shooting struggles that marred most of his final collegiate season.

The final six games of the season in which he shot 45.6% from the floor and 40.6% from 3 are more indicative of Bowden’s offensive prowess, which complements a defensive tenacity that makes him an intriguing prospect in basketball’s modern era of 3-and-D players.

Bowden ranked in the 77th percentile for guards in overall defense after surrendering 200 points in 269 possessions as the primary defender (.742 point per possession). “It’s a childhood dream to play in the NBA,” Bowden said. “That’s one thing I’m going to continue to work toward, to get on a team. The sky is the limit for me, I know that. I just have to continue to work and have faith.”

Bowden admitted that he would consider returning to Tennessee for a fifth season if the NCAA granted the same eligibility relief it is planning to give spring athletes to winter athletes, but that is unlikely given the regular season was already completed.

That leaves Bowden to move on from the dream he has been living the past four years despite its lack of an ending.

“It means everything to be part of this,” Bowden said. “Last year, being the No. 1 team in the country at my dream school. Playing and contributing with my teammates. It’s an amazing feeling. I’m thankful for this opportunity I had the last four years.”