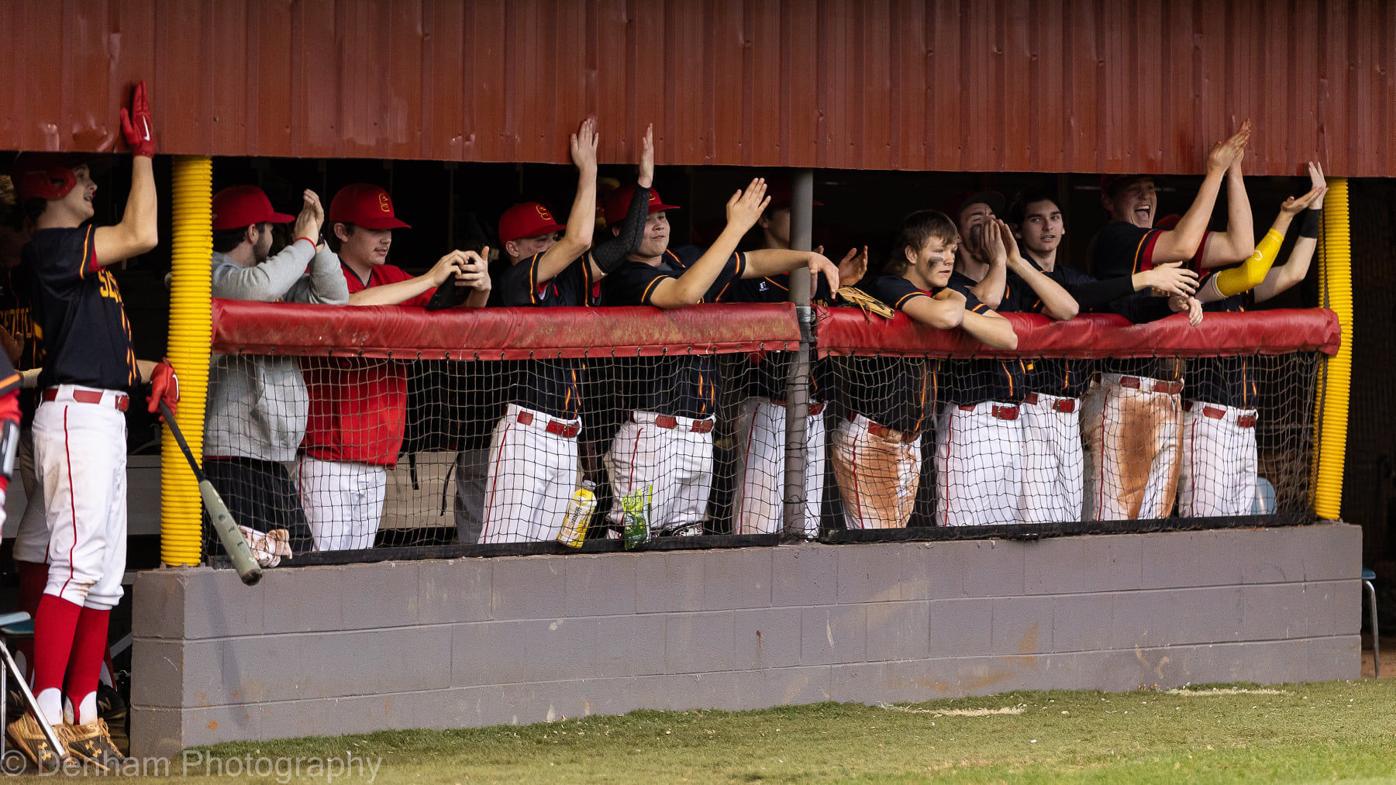 The Sequoyah Chiefs baseball team cheers from the dugout on March 16 in Madisonville. 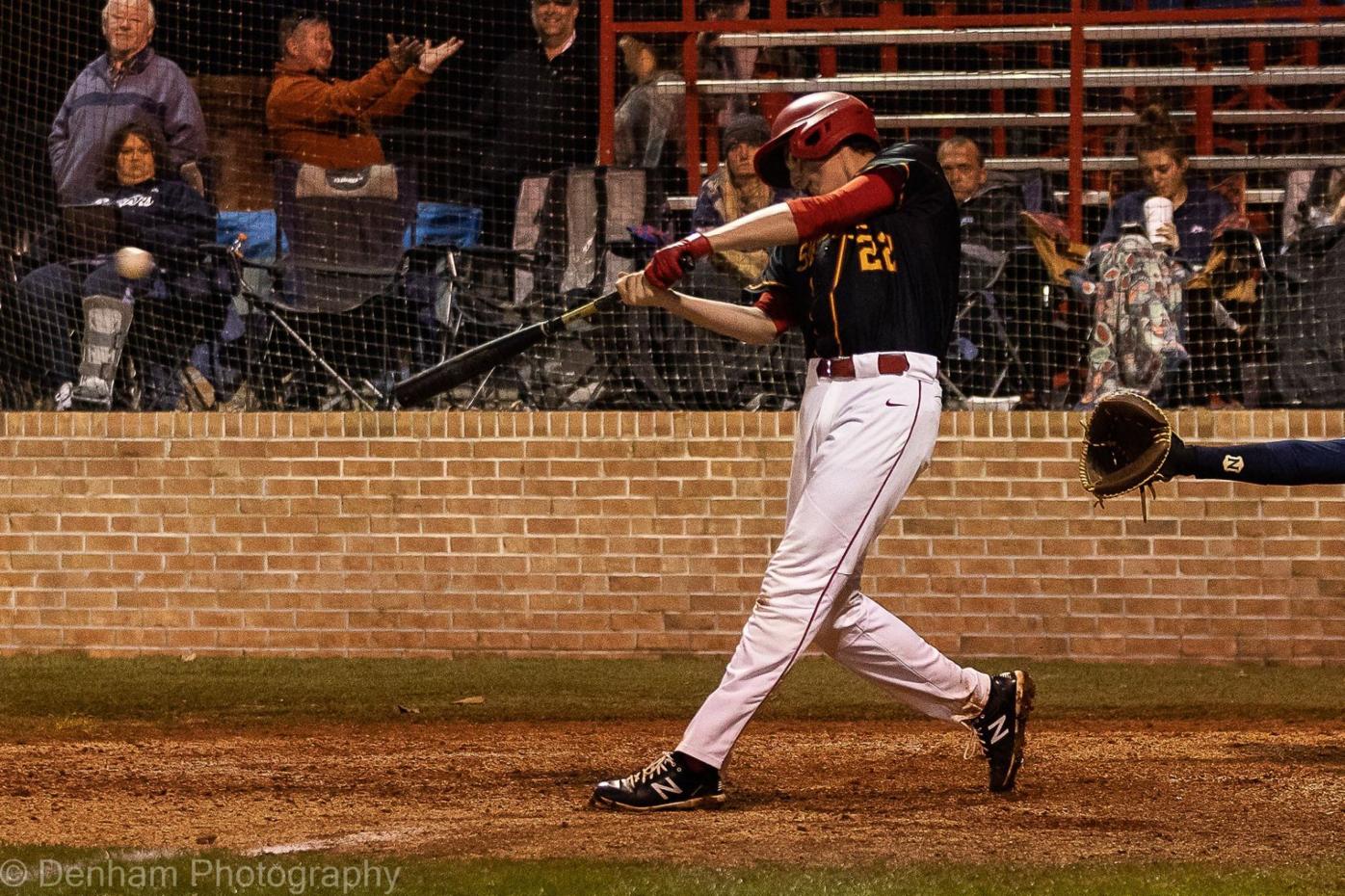 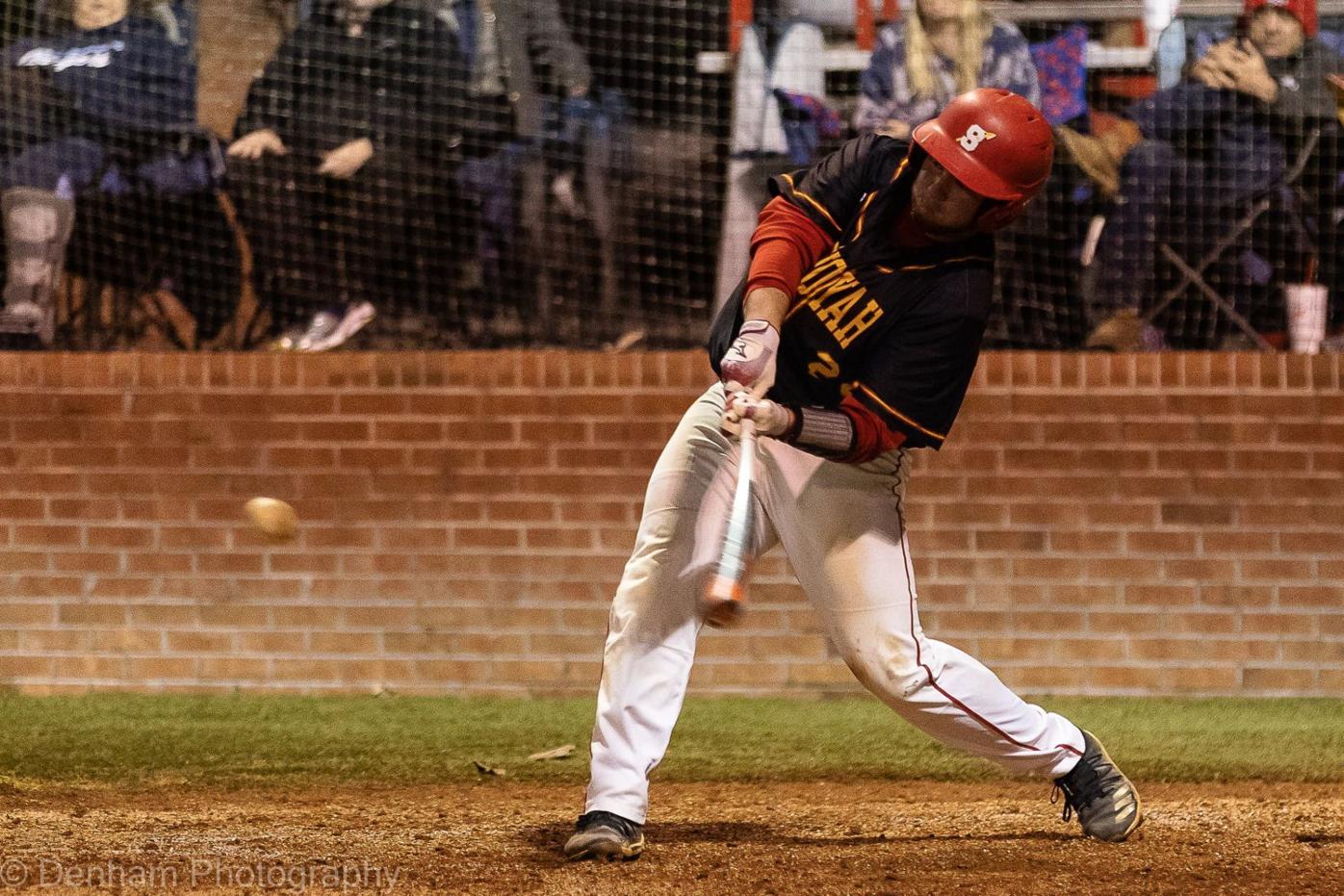 Luke Lay hits the ball for Sequoyah in the Chiefs’ home game versus McMinn Central on March 16 in Madisonville. 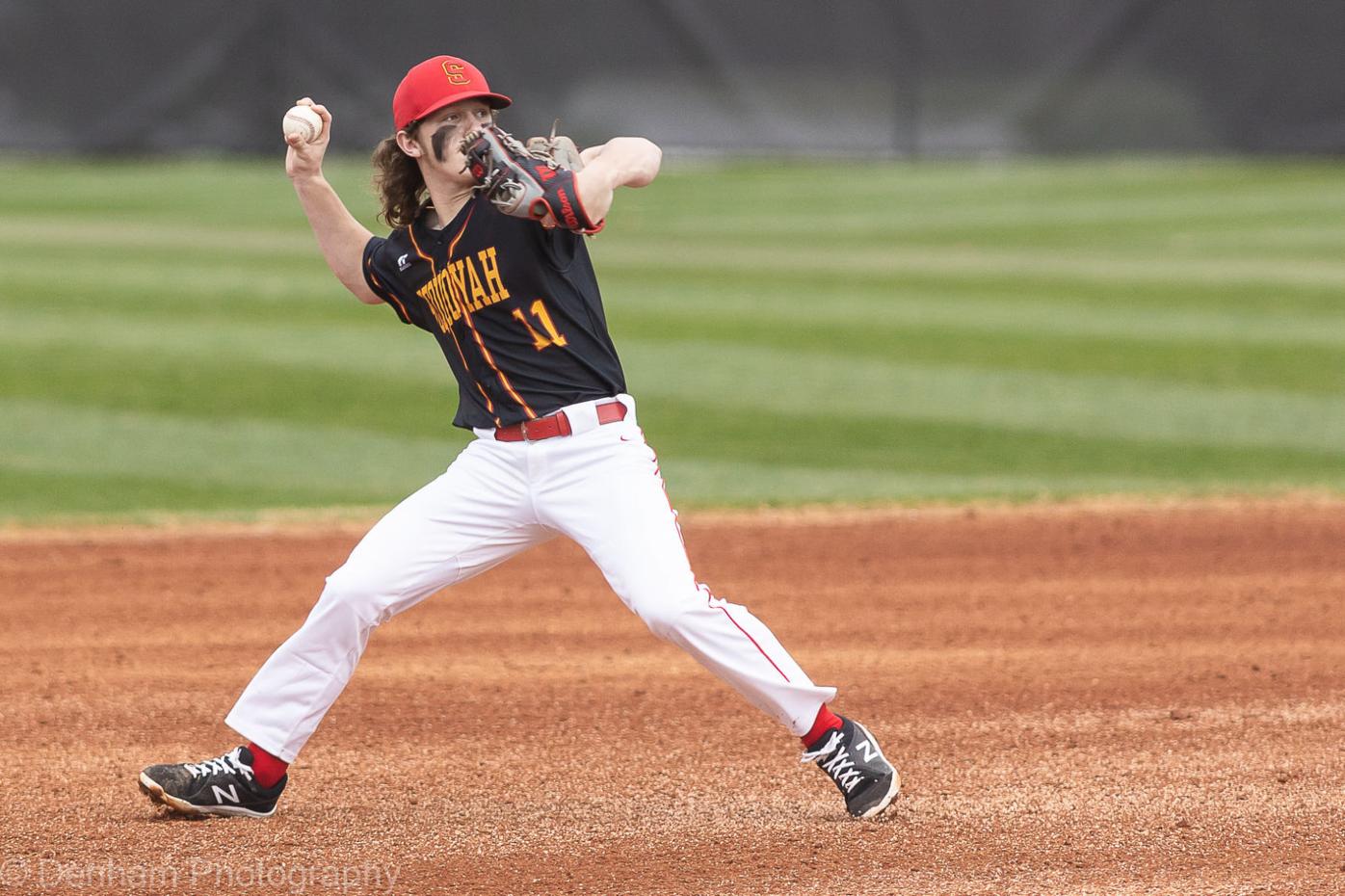 Kap Rodgers throws the ball for Sequoyah in their home game against McMinn Central on March 16 in Madisonville. 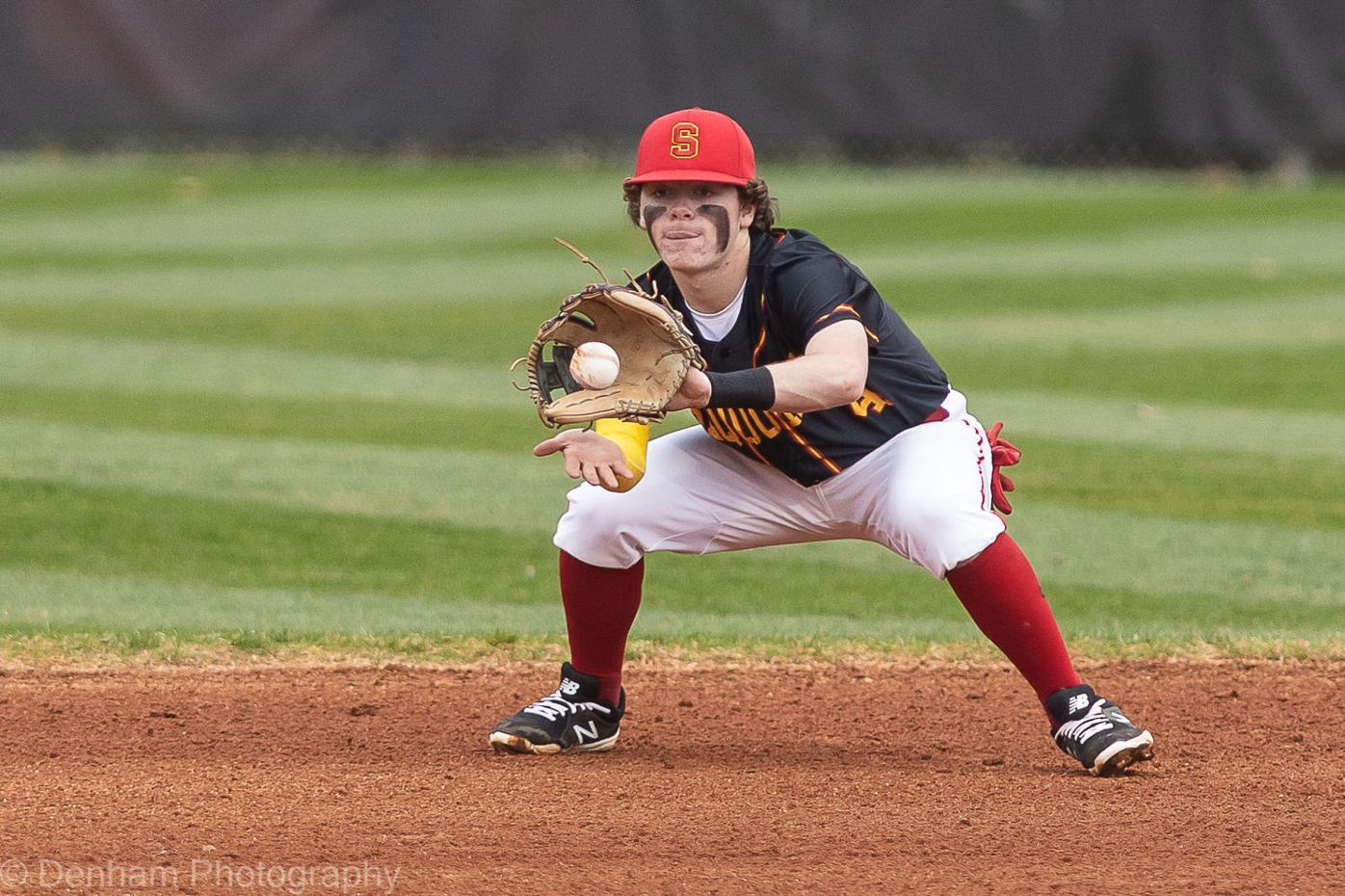 Josh Britton fields the ball for Sequoyah on March 16 in Madisonville. 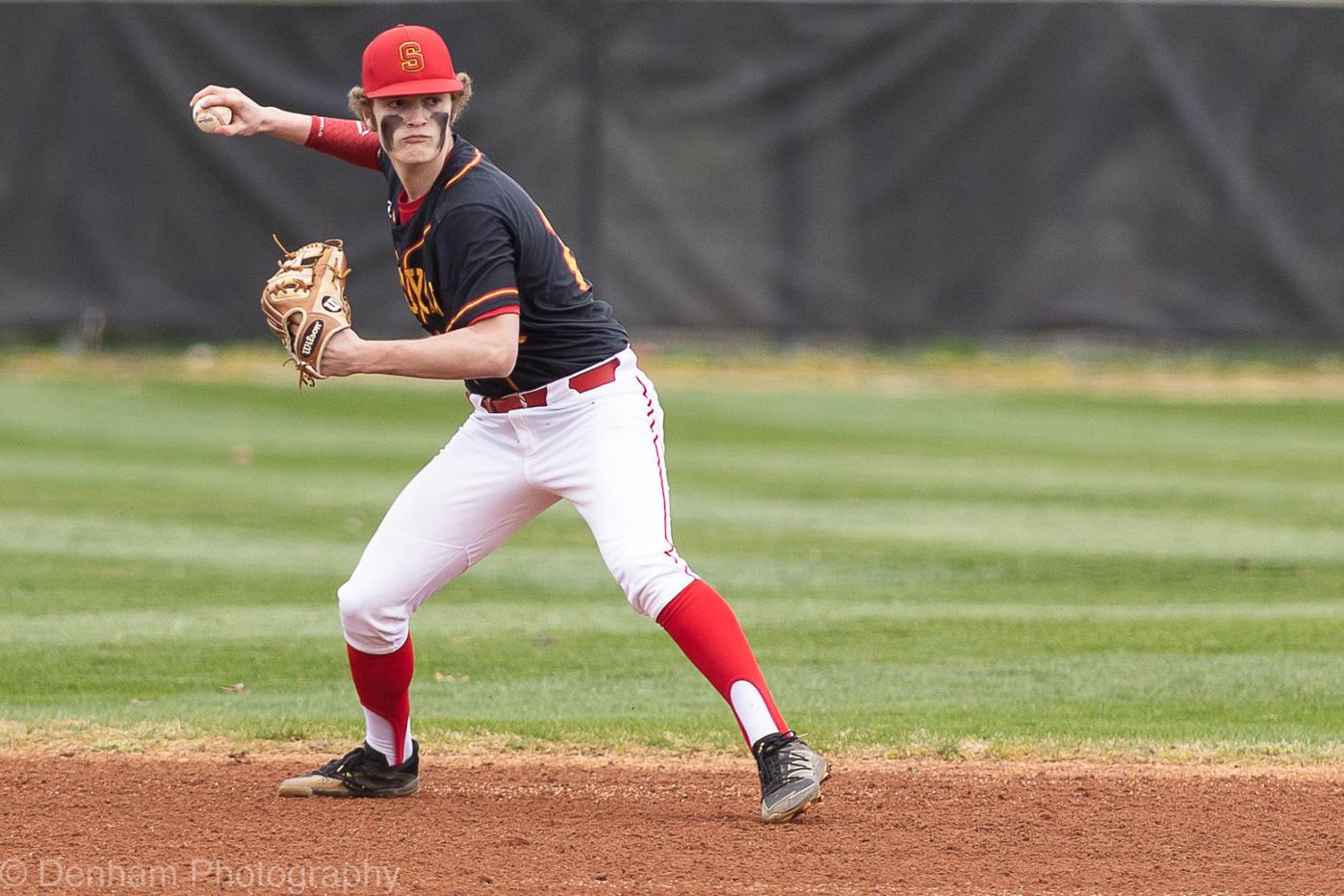 Preston Abdulla fields the ball for Sequoyah in the Chiefs’ home game against McMinn Central on March 16 in Madisonville. 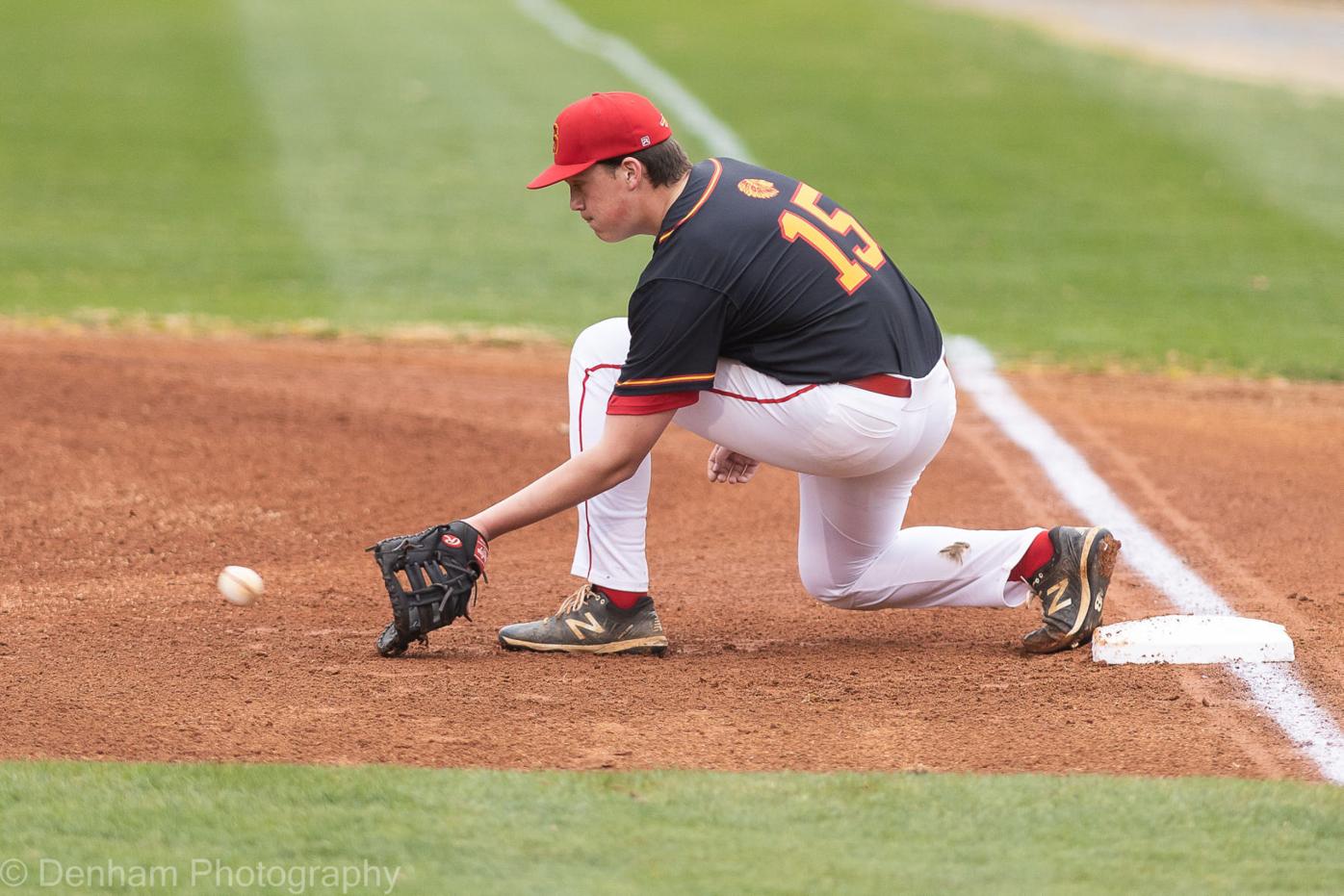 Sam Raper fields the ball for Sequoyah on March 16 in Madisonville. 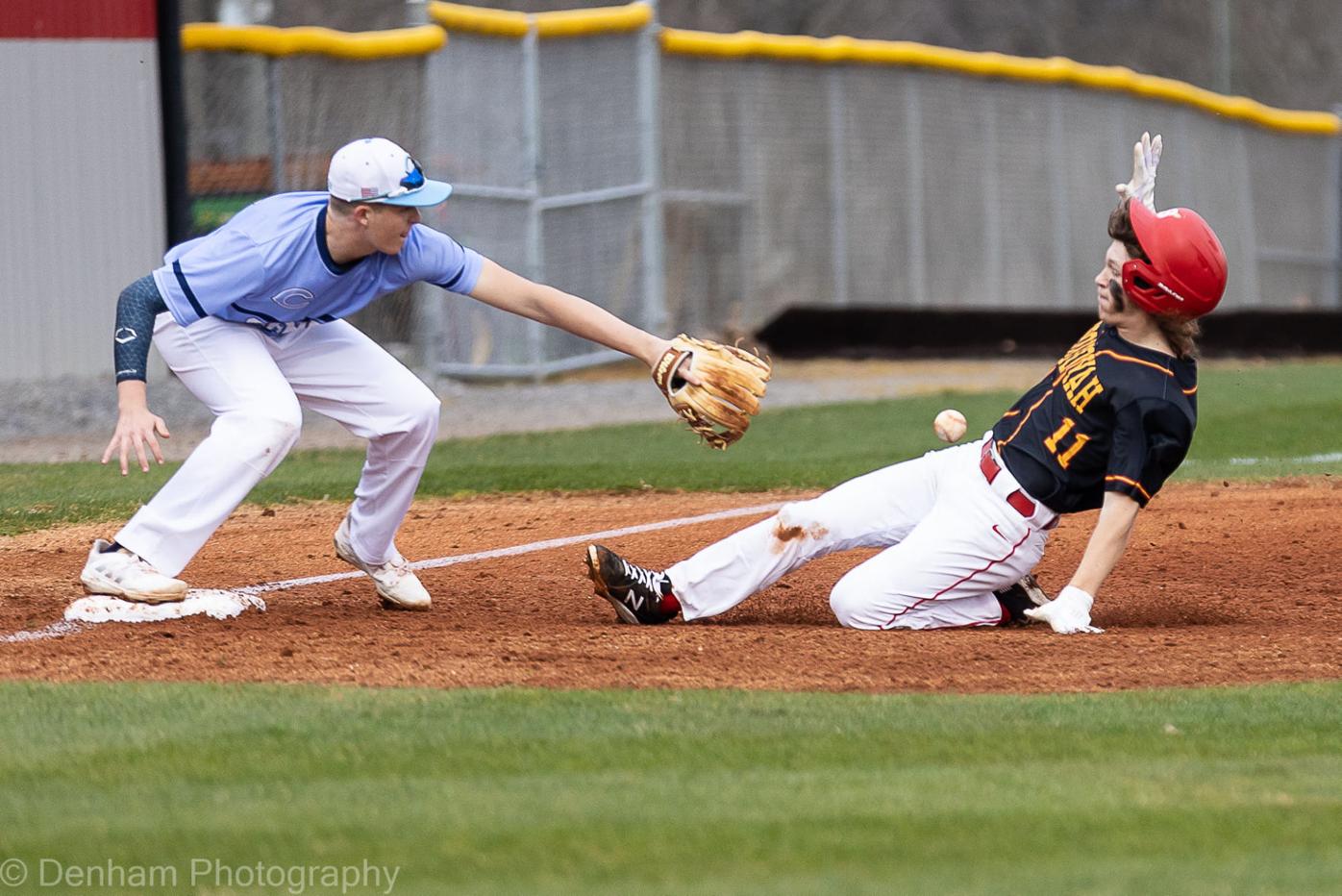 Kap Rodgers slides into third for Sequoyah on March 16 in Madisonville.

The Sequoyah Chiefs baseball team cheers from the dugout on March 16 in Madisonville.

Luke Lay hits the ball for Sequoyah in the Chiefs’ home game versus McMinn Central on March 16 in Madisonville.

Kap Rodgers throws the ball for Sequoyah in their home game against McMinn Central on March 16 in Madisonville.

Josh Britton fields the ball for Sequoyah on March 16 in Madisonville.

Preston Abdulla fields the ball for Sequoyah in the Chiefs’ home game against McMinn Central on March 16 in Madisonville.

Sam Raper fields the ball for Sequoyah on March 16 in Madisonville.

Kap Rodgers slides into third for Sequoyah on March 16 in Madisonville.

Sequoyah baseball Coach Josh Monhollen knows there is going to be a bit of a learning curve for his squad this year and he welcomes it.

The Chiefs’ head ball coach, who took over the program in 2017 after 10 years as an assistant, expects to see potentially half a starting lineup of freshmen.

“It is kind of a fresh start for the whole team,” Monhollen said. “We have one player coming back who has a played a whole year of varsity experience. Pretty much, eight of our nine guys on the field have not had a varsity season. This is going to be a learning year for all of us, but I think we have a group that is ready to go.”

The Chiefs have had a number of players play through the summer and that has helped work off the rust that came with not having a season last year.

The younger Chiefs are going to have to fill in roles quickly to get Sequoyah ready for the season. The Chiefs have seen a winning tradition in the past, including a state tournament appearance in 2014 and five sectional appearances since 2012.

However, Sequoyah has not reached the final 16 teams in the state since 2016 and last won a district championship in 2017, making the focus for the Chiefs to get back to the tradition they have built.

Leading the charge for Sequoyah will be a pair of juniors in Luke Lay and Preston Abdulla, as well as senior Bryan College commit Sam Raper.

Lay will take the spot behind the plate. Lacking a lot of experience behind the plate for the Chiefs, Lay took the initiative to go to a camp at Carson Newman University to aid his development.

“I think our pitchers are going to have a lot of confidence throwing to him,” Monhollen said. “This will be his first full year as a varsity starter, but we kind of created a catcher out of him when he came in as a freshman. He had not really caught before, so we started working with him.”

Lay is eager to take his upperclassmen role.

“It’s huge (the role for upperclassmen.) Any guy who has experience on the field — it is a huge thing for us to teach those guys our experiences and encourage them when they have a downfall,” Lay said. “There are plenty of those in baseball, baseball is 100% a thinking game, and you have to be there when those guys need you.”

As Sequoyah has got the ball rolling, Lay cites an “upward trend” with the younger core.

Abdulla, who will play second base as well as see some time on the mound, returns the sentiment.

“I feel like our team bonding is good; we always work well together. We are strong in fielding — in batting we are young, but I think we can do some damage,” Abdulla said.

The identity of Sequoyah is expected to be how they play defensively — specifically in the middle. Abdulla will match up with Josh Britton while Kap Rodgers will work at third base. Brady Hutchinson will bring some experience to the outfield.

“The most exciting thing for my team on defense is their willingness to get dirty going after the ball,” Monhollen said. “That is something that I have had some disappointment in the past with some of our guys, but this group of guys on the field right now are not leaving that to chance. They are diving in and after the ball, and making big plays. I think we are going to have an opportunity to see a lot of SportsCenter plays this year.”

However, similar to what Monhollen mentioned earlier, the year will have its learning moments. Lay expects to have those, but thinks the talent of the players will fit in following that.

“It is really exciting — we are really young this year,” Lay said. “We have a lot of kids who are going to have to step in as freshmen and play big roles in our games this year. We are pretty solid all-around, and we will struggle early, but we will be ready by tournament time.”

This will be Sequoyah’s final year playing out of District 5-AA, meaning it is their last opportunity to make an impression on the league. While much of the district will stay together next season, the Chiefs move up to Class AAA in the TSSAA’s new four class setup for basketball, baseball and softball.

“We are as good as we show ourselves,” Lay said. “I think we can stand up there with anybody that wants to play us. We are not real scared of anybody this year – we’ve seen a lot of good ball and played teams like CAK and Alcoa in the past. I think we will be just fine.”

On the mound it all starts with Raper, who will be supported by Abdulla, Austin Summy and Zach Webb out of the junior class. There are a few freshmen that Monhollen expects to get innings out of as well.

“We expect to see a lot of innings from freshman Broady Haynes,” Monhollen said. “I had a chance to see him pitch on a summer league team this summer. He has a lot of talent and really good poise and control on the mound, so we are excited to see what he is going to be able to offer us as a freshman.”

At the plate, Monhollen is still waiting to see how his young crop will be at the varsity level. He sees a scrappy and aggressive approach at the plate that will help keep the Chiefs’ bats active.

“I think it is always tough to know when you are throwing guys out there for the first time. We are going to have a lot of guys who are going to be competing at the plate from top to bottom. I don’t see us having many strikeouts this year, which is exciting,” Monhollen said. “I think our offense is going to be a step up this year and it is going to be fun to watch.”

Monhollen knows his team will be young, and that will show at times, but as he breaks down Sequoyah baseball in 2021, he sees the competitiveness and winning tradition in his squad.