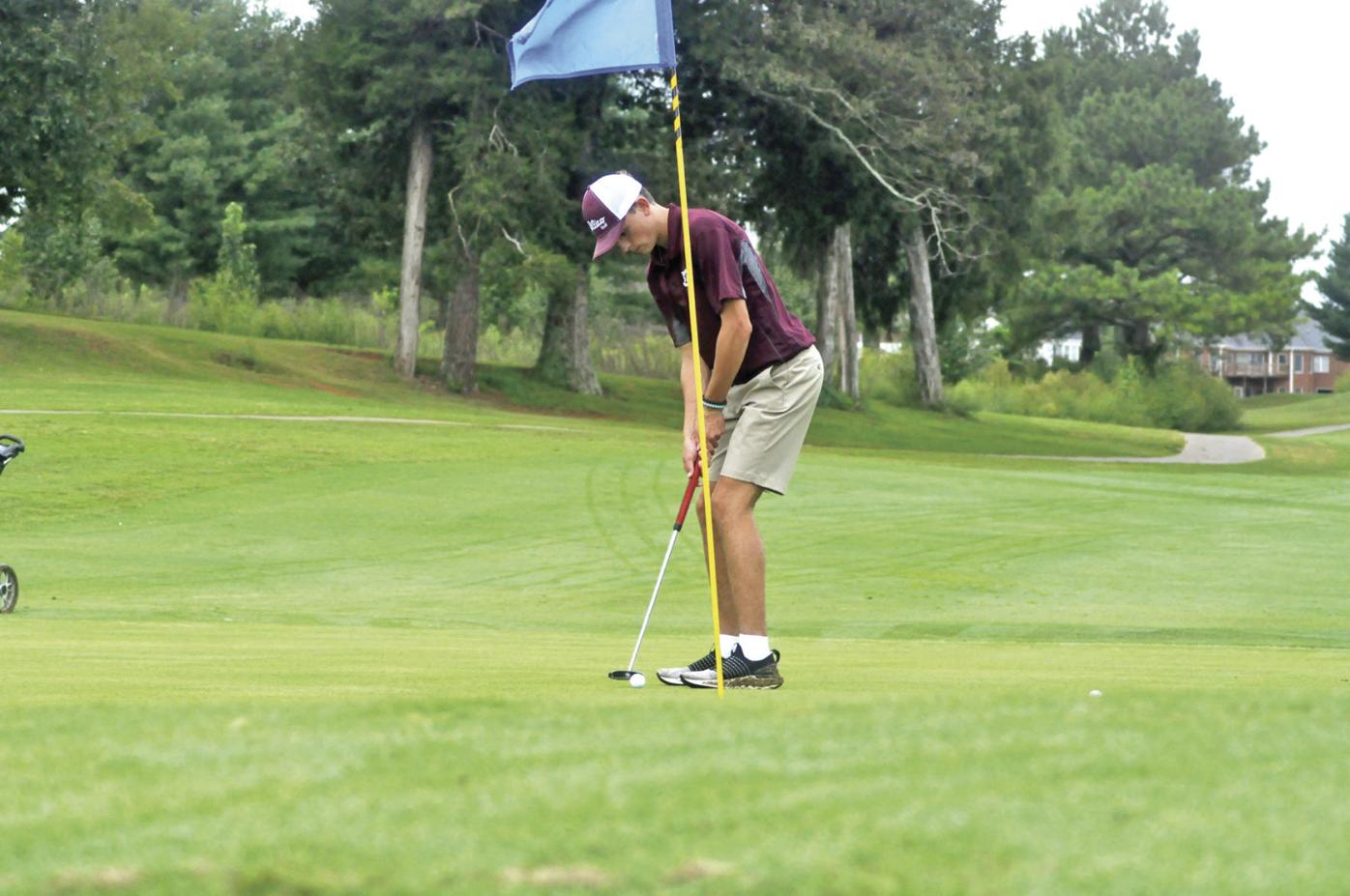 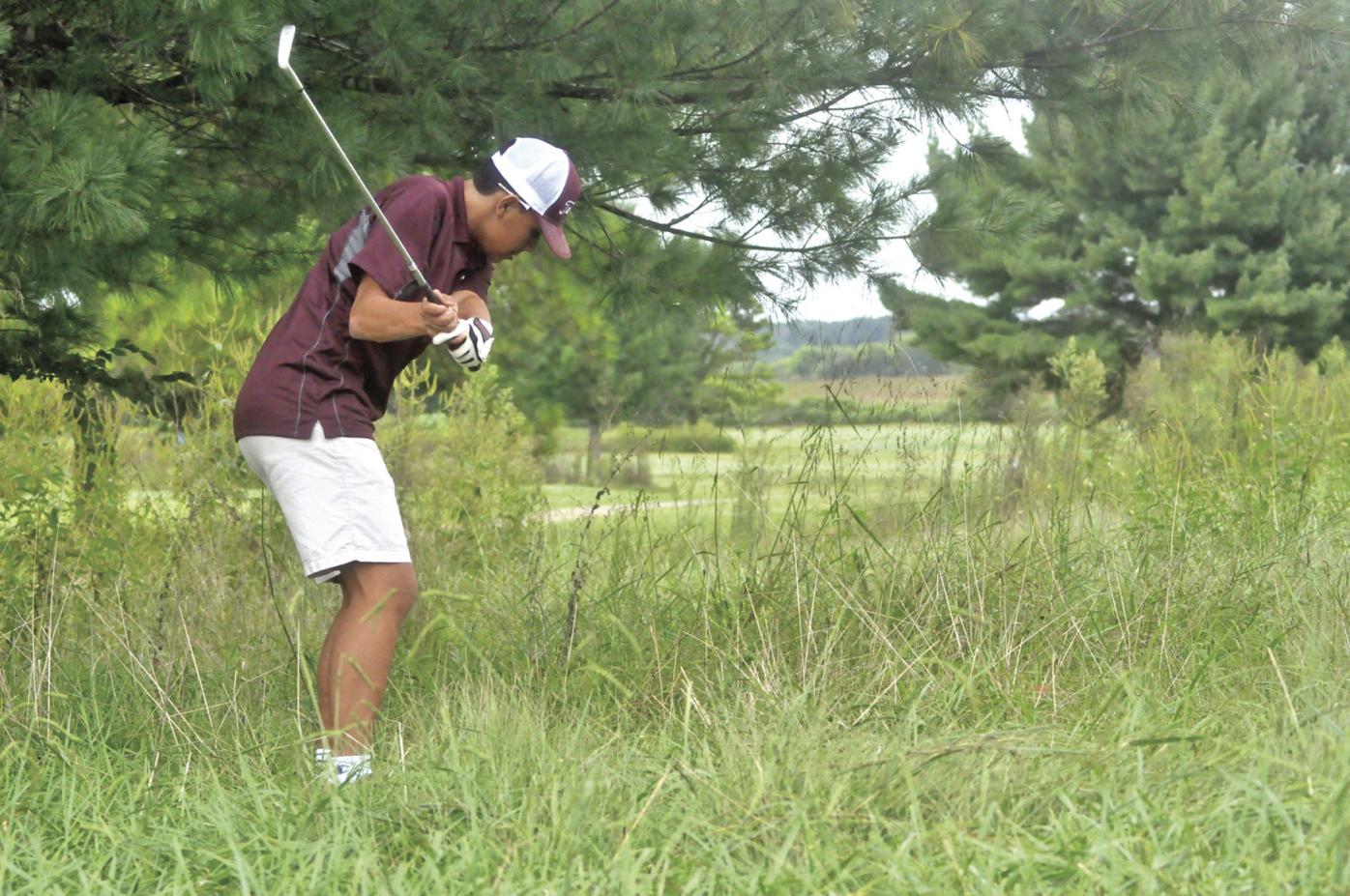 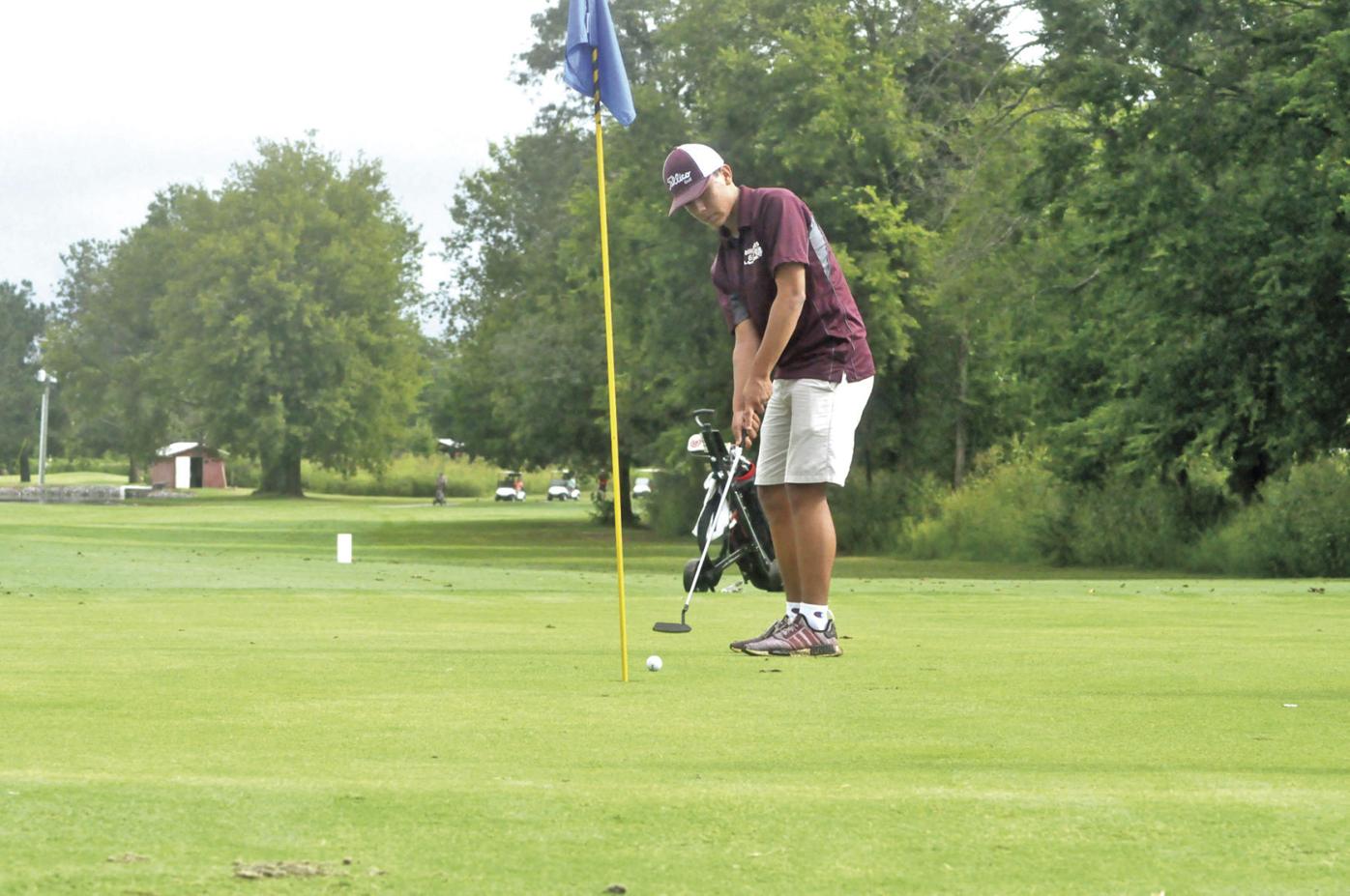 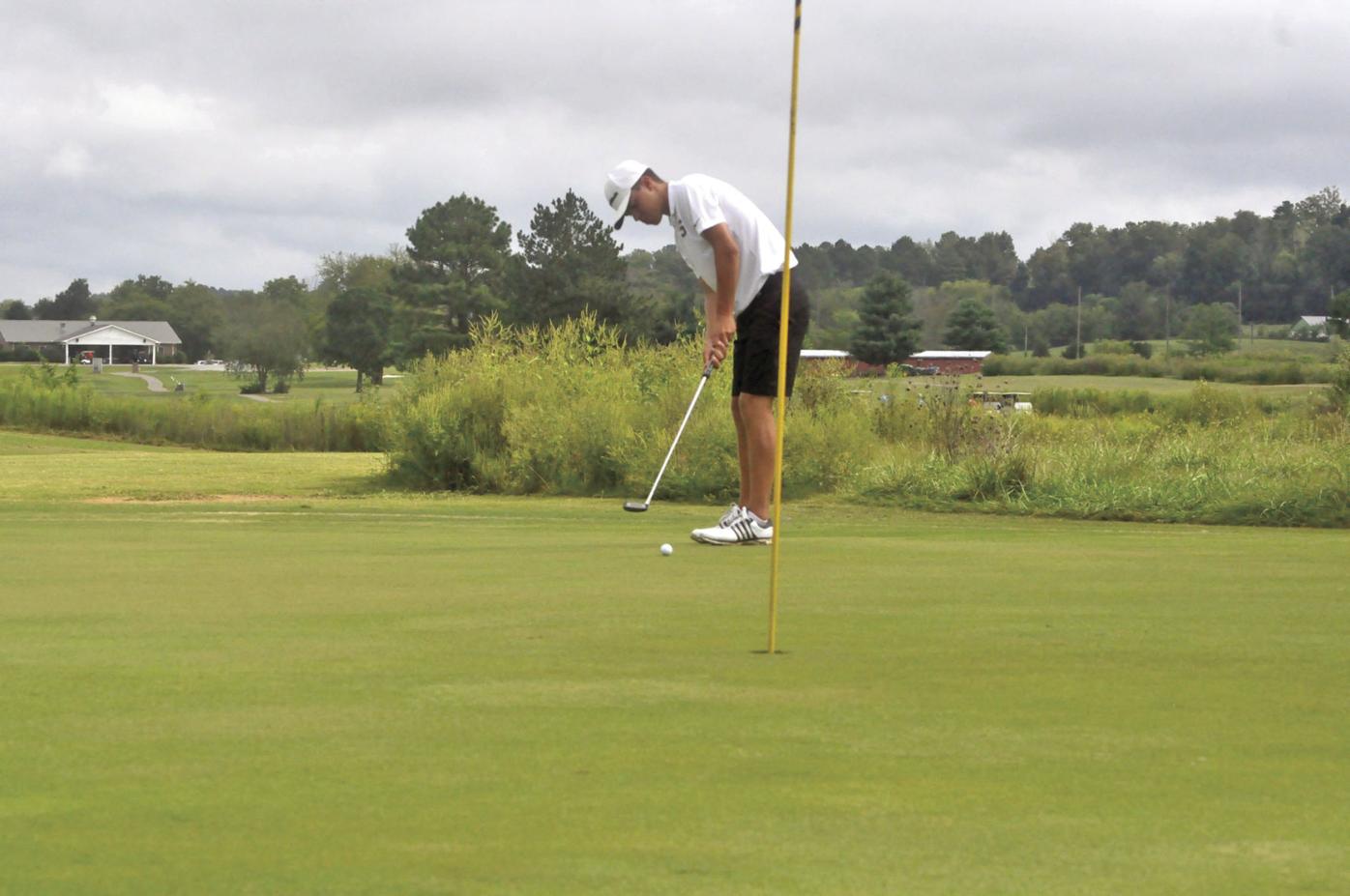 Sweetwater golfer Trent Bibee putts on Hole 16 at the Chatata Valley Golf Course in Cleveland during the District 5 A-AA Championship on Monday. 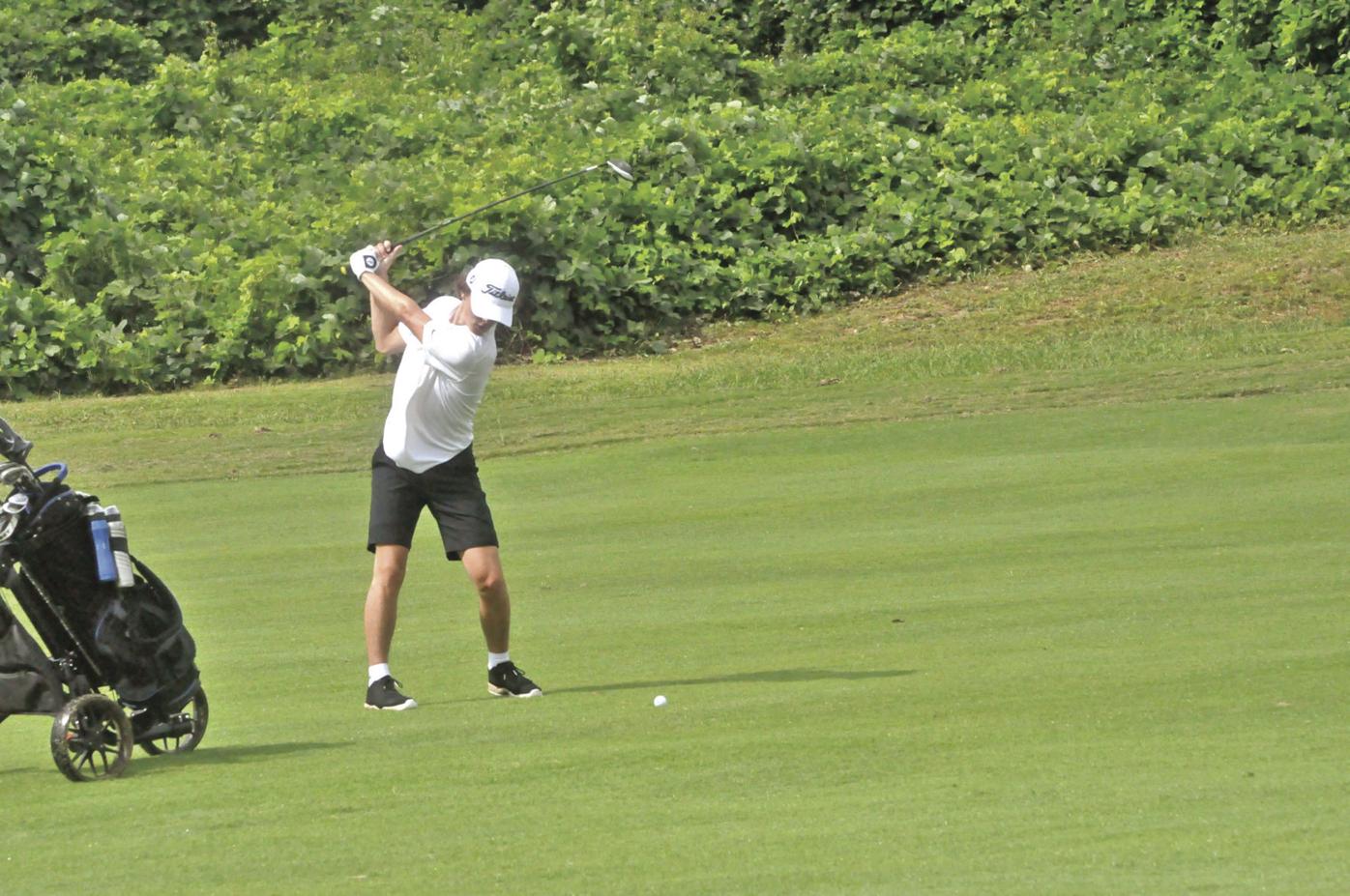 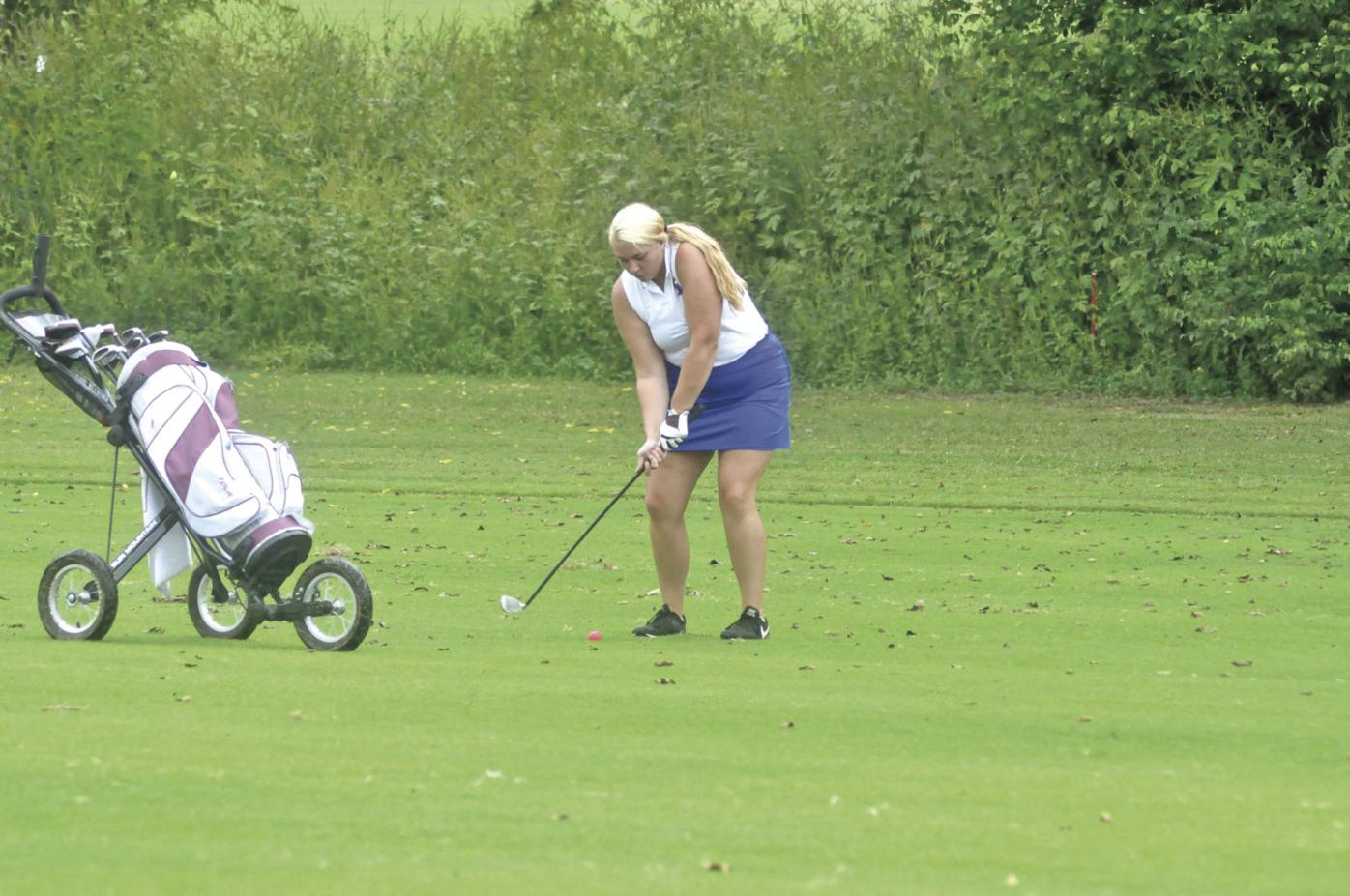 Sweetwater golfer Emily Allen takes a shot on Hole 10 at Chatata Valley Golf Course in Cleveland during the District 5 A-AA Championship on Monday. 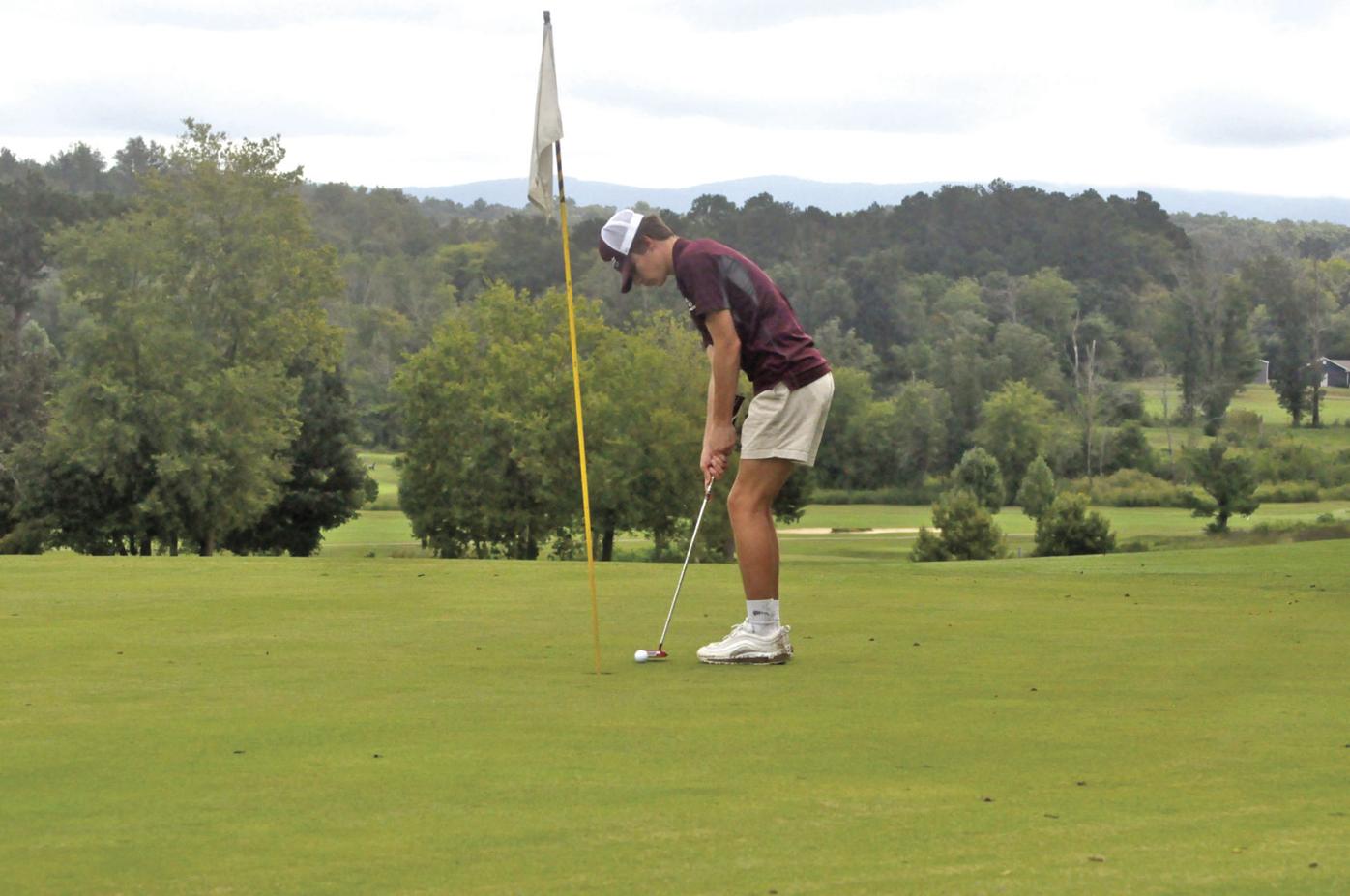 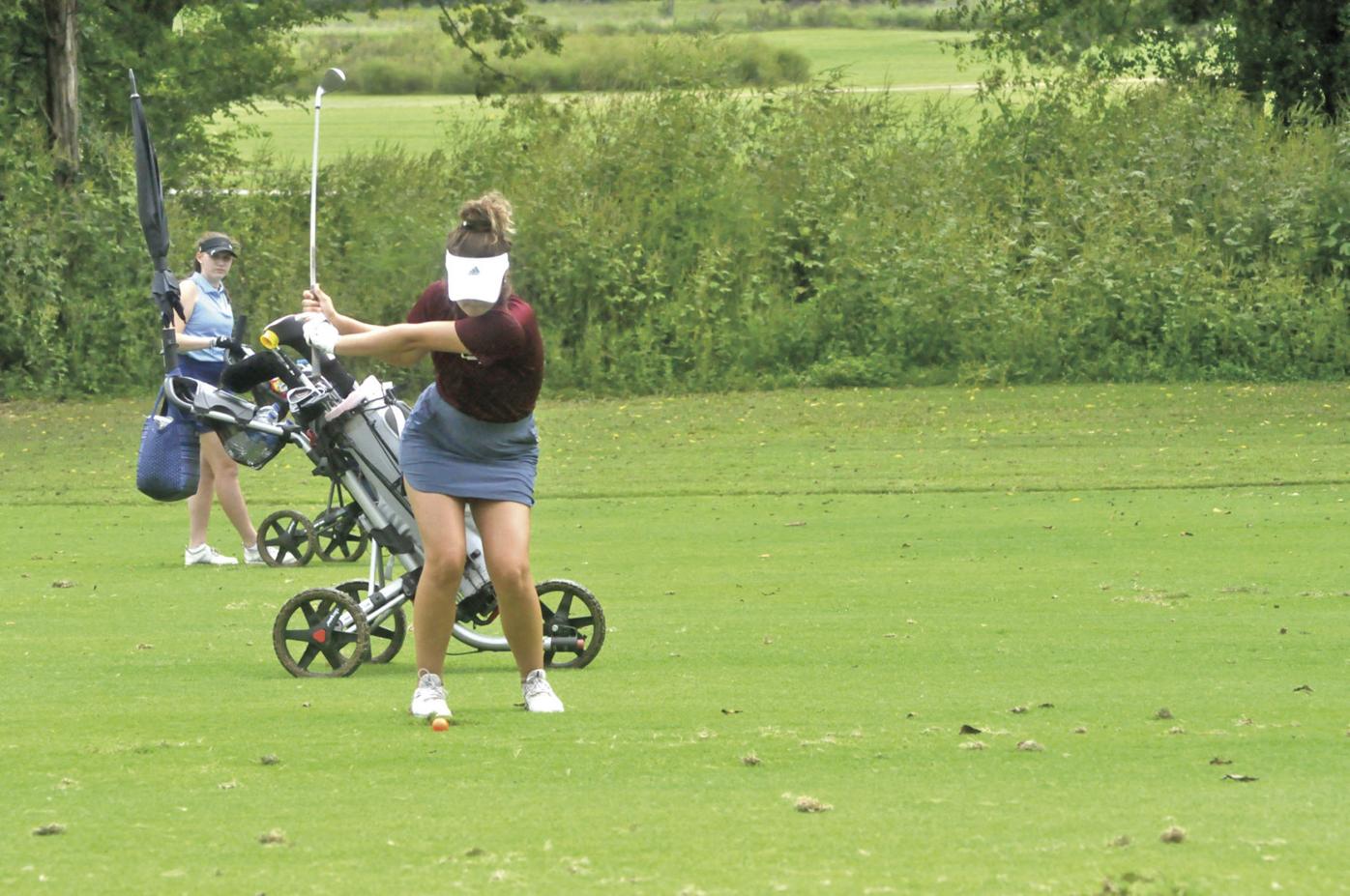 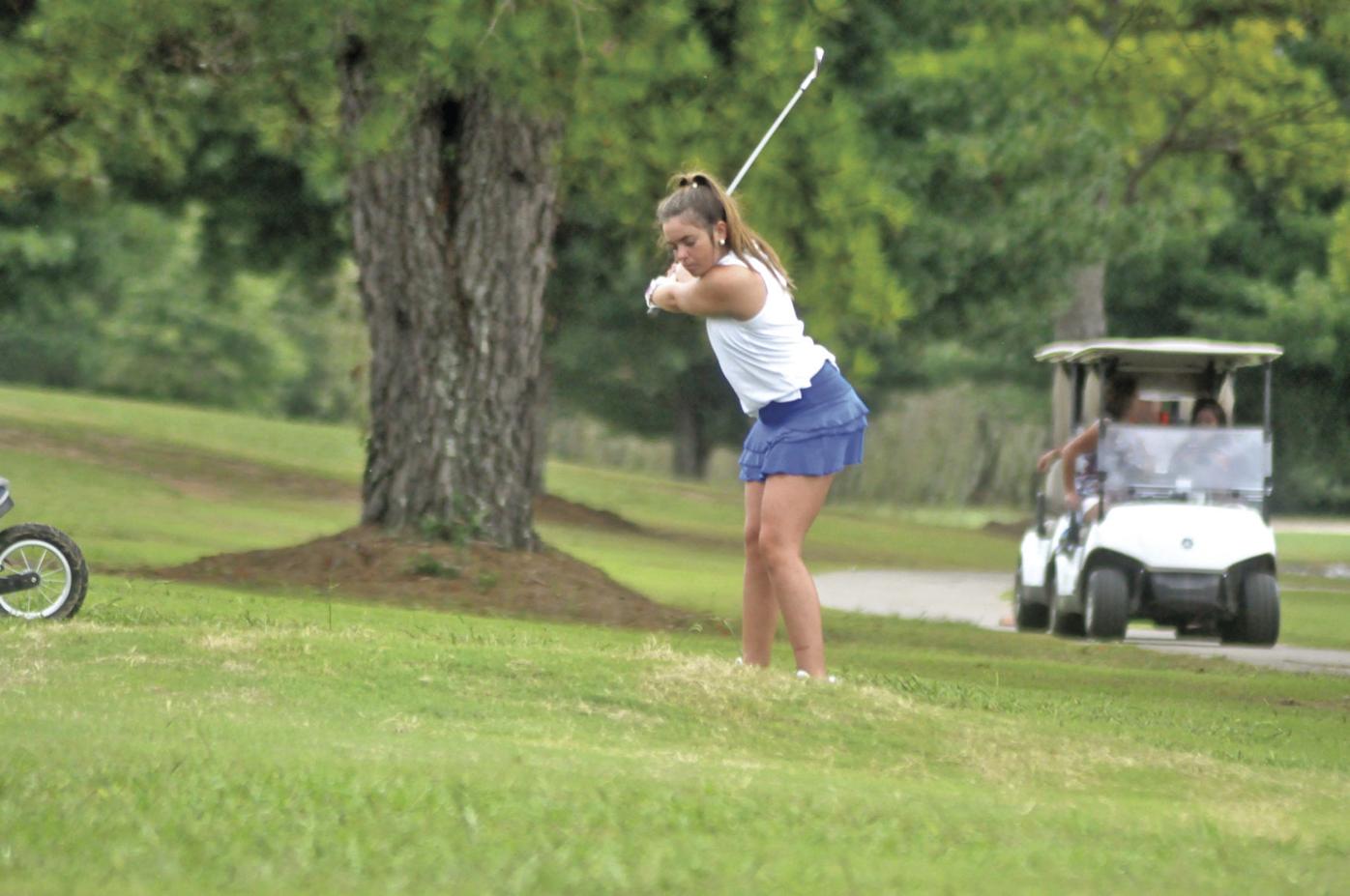 Sweetwater golfer Morrison Davies takes a swing on Hole 10 at Chatata Valley Golf Course in Cleveland during the District 5 A-AA Championship on Monday. 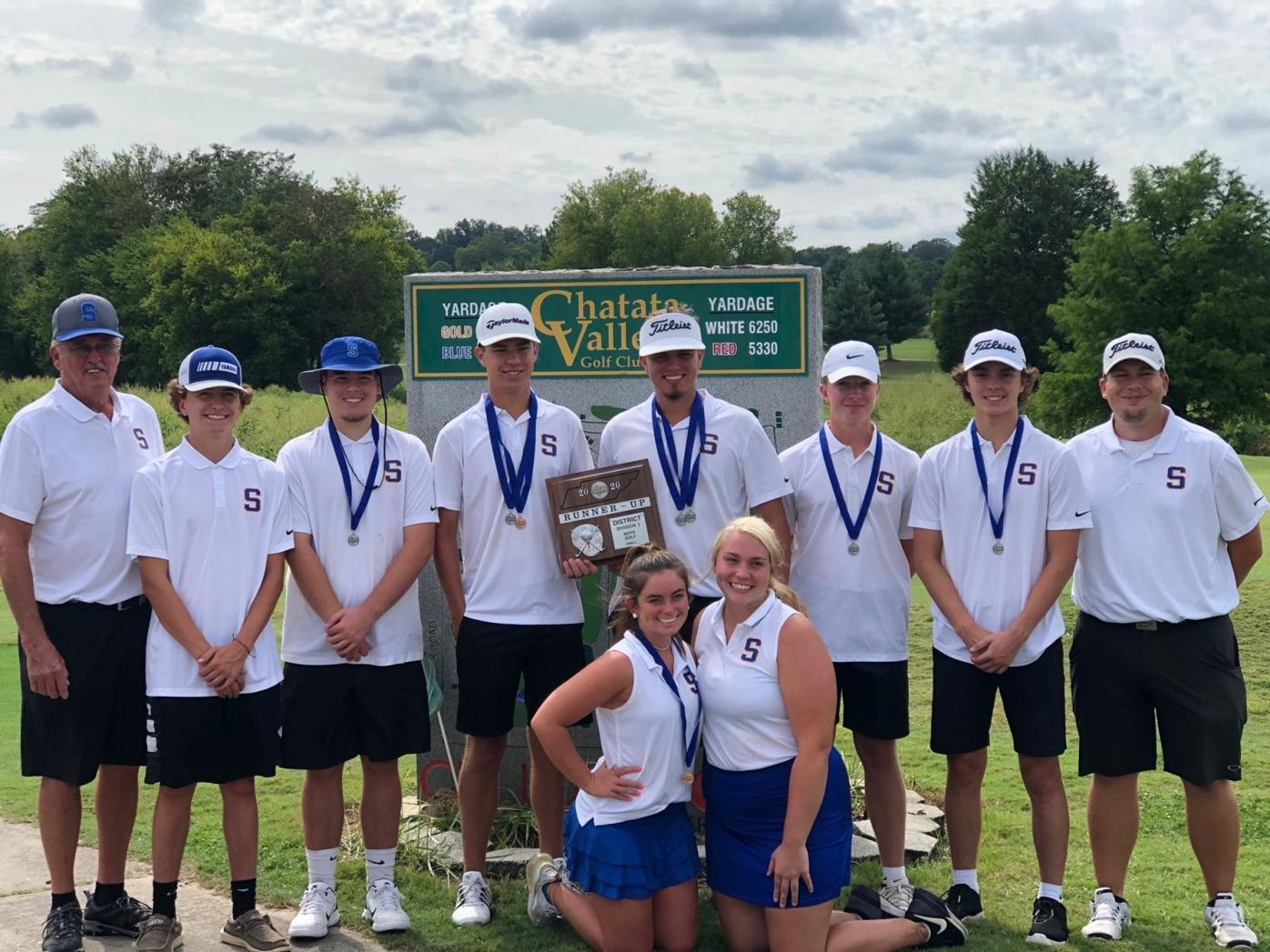 The Sweetwater golf team poses for a photo after the Distrcit 5 A-AA Championship at Chatata Valley Golf Course in Cleveland on Monday.

Sweetwater golfer Trent Bibee putts on Hole 16 at the Chatata Valley Golf Course in Cleveland during the District 5 A-AA Championship on Monday.

Sweetwater golfer Emily Allen takes a shot on Hole 10 at Chatata Valley Golf Course in Cleveland during the District 5 A-AA Championship on Monday.

Sweetwater golfer Morrison Davies takes a swing on Hole 10 at Chatata Valley Golf Course in Cleveland during the District 5 A-AA Championship on Monday.

The Sweetwater golf team poses for a photo after the Distrcit 5 A-AA Championship at Chatata Valley Golf Course in Cleveland on Monday.

TELLICO — Tellico Plains and Sweetwater’s boys and girls golf found success on the course in the District 5 A-AA championships at Chatata Valley Golf Course in Cleveland on Monday.

The Sweetwater boys’ team advanced to the region tournament, along with two Sweetwater girls and one Tellico girl as individuals.

Sweetwater’s Dalen Gibby finished runner-up on the boys’ side while Tellico’s Madison Dodson earned a third place finish on the girls’ side.

Sweetwater’s Trent Bibee scored an 84 to finish fifth on the boys’ side. Morrison Davies, for the Sweetwater girls, finished fourth overall with a 109.

Both Davies and Bibee needed to cement their finishes on playoff holes, a par 3 for Bibee and a par 3 and par 4 for Davies.

“My one and two, Dalen and Trent, have played really good pretty much all year,” Sweetwater Coach Bryce Mitchell said. “My three, Will Cofer, has been steady all year. He has done what he is supposed to do all year. He has really improved this year.

“I think they all knew if they played real well we would have a shot, but we ended up being a shot or two short, but we get another shot to take care of that on Thursday at the region.”

Sweetwater’s boys qualified for the Region 3 Tournament with a team score of 357, finishing second overall. Gibby led the way with a 79 followed up by Bibee’s 84, a 90 from Cofer and a 104 from Carson Kile.

Tellico’s boys missed the cut, finishing in sixth with a 440. The cutoff on the boys’ side was Meigs County’s 362 score. However, Cade Scroggins’ 97 was enough to qualify him for the region tournament. Scroggins finished 12th overall in a tight-packed field of 32 golfers. For the rest of the Tellico team, Peyton Dodson hit a 106, Javin Teague notched a 118, Kaiden Hicks scored a 119 and Clifton Cruz tallied 121.

“(Besides Madison and Cade) the rest of our kids all began this year,” Tellico Plains Coach Shawn Yates said. “We started our practices in July. It is pretty amazing how far they all have come in a couple of months. They have all improved tremendously in a pretty short amount of time.”

Madison Dodson, a junior, was the lone Tellico golfer on the girls’ team, shooting a 53 on the front nine.

“She has had a good season,” Yates said. “She has gotten better as the season goes along, and playing better at the end, at the right time. She has a very solid swing and does a lot of things well. She has a lot of potential to improve even more.”

Dodson will bring experience with her after qualifying for the region tournament a year ago as an individual. According to Yates, she had shaved around 10 strokes off her game from last season’s district championship.

Dodson, Davies and Sweetwater’s Emily Allen will all advance to the region tournament. Allen, a senior, shot a 133 as she is wrapping up her first season playing golf.

“She just started playing about a month and a half ago,” Mitchell said. “She has the same determination she had on the basketball court, to try to grow and try to learn. Morrison got her interested, they are good friends. It is easy to get frustrated in golf, but she has been able to put that to the side.”

Inside the Aaron Rodgers-Davante Adams connection: ‘He’s an open book, and same with me’

Rapid testing ensures 'a clean field,' and a ticket to a Big Ten football season

Gibby’s strong finish was driven by a 37 on the back nine, the third lowest of any golfer on the day. Bibee, as well as Cofer, shot a 40 and 41 on the back half. Only nine strokes separated the scores from first place to sixth.

“It was interesting to see them all compete,” Mitchell said. “I know my guys felt like they had a really good shot to win.”

Scroggins earned his spot by only one stroke, while Peyton Dodson, Tellico’s second best score on the course, finished two golfers shy of making the cut.

“(Scroggins) from the get go has been our most experienced boy,” Yates said. “I expected him to be our best golfer, he does a lot of things well.”

Scroggins, who sat out his sophomore year, does bring experience with him to the region tournament, playing in it as a freshman alternate two years ago.

On the girls’ side, all golfers advance due to low numbers. McMinn Central captured the district title behind a 178 team score, beating out the other teams of Meigs County (237) and Sweetwater (242).

“For us, it was very difficult,” Mitchell said. “I know some other teams had the same problem (of finding places to practice). We honestly have barely had any practices.”

Since golf courses have remained open while most entertainment venues and sports have closed or shut down due to the coronavirus, tee times have become harder to come by. Courses, which usually would allow schools to practice during the week, are being booked up through the month, with little or no windows open that can accommodate school teams.

“We have struggled to find golf courses that will let our kids on,” Mitchell said. “For me, in my first year as a coach, it has been difficult to find kids and keep them focused or interested, or keep them motivated and push them throughout the year.

“There are weeks that go by and we may not get to practice or play,” Mitchell added. “There have been weeks where I do not even get to see my team. That’s been tough. Every coach has had to find a way to work through that and find the best formula. I don’t think anybody really has a secret, every sport has been trying to figure this out.”

Tellico Plains, which started practice over the summer, was limited to practices once the school year started.

“(The owner of the course we practice at) has been very gracious to let us use their facilities in the evening. During the month of July, we would go out there three nights a week,” Yates said. “They have been able to go and practice putting on the green and use the range. We have been pretty fortunate, and we have been able to get our practices in before the season.”