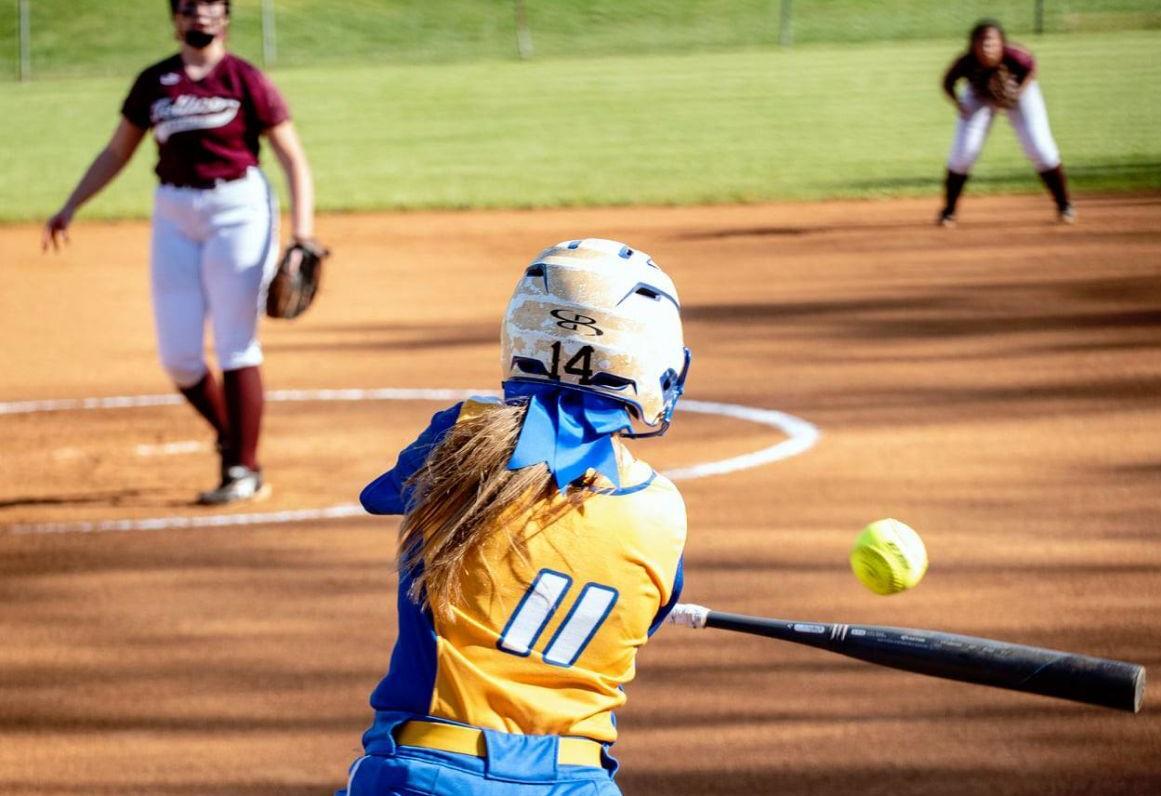 Sweetwater’s Morrison Davies hits a pitch from Caroline Gunter in in the Lady Cats’ 8-3 win over Tellico Plains on April 5 in Tellico Plains. 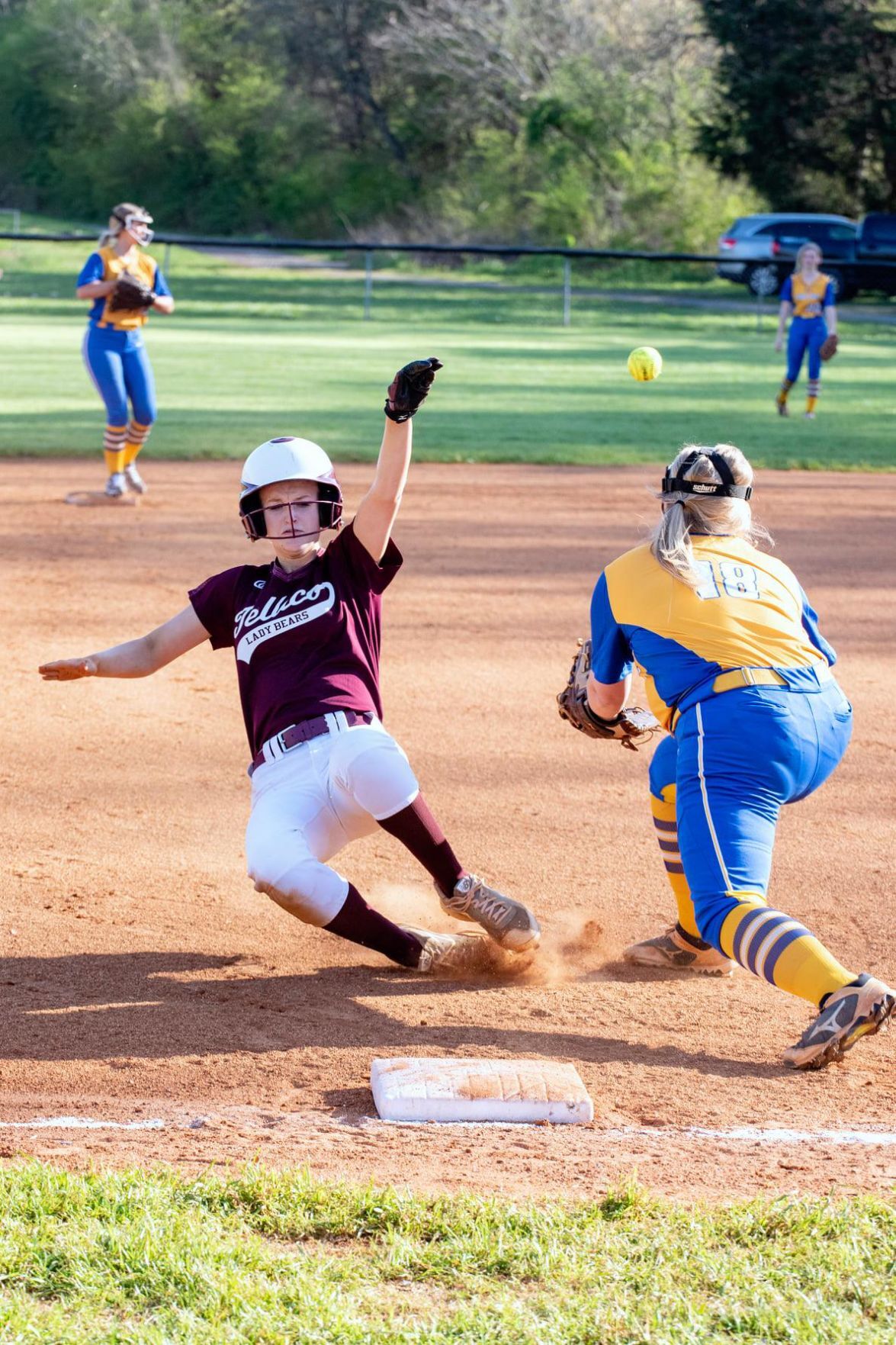 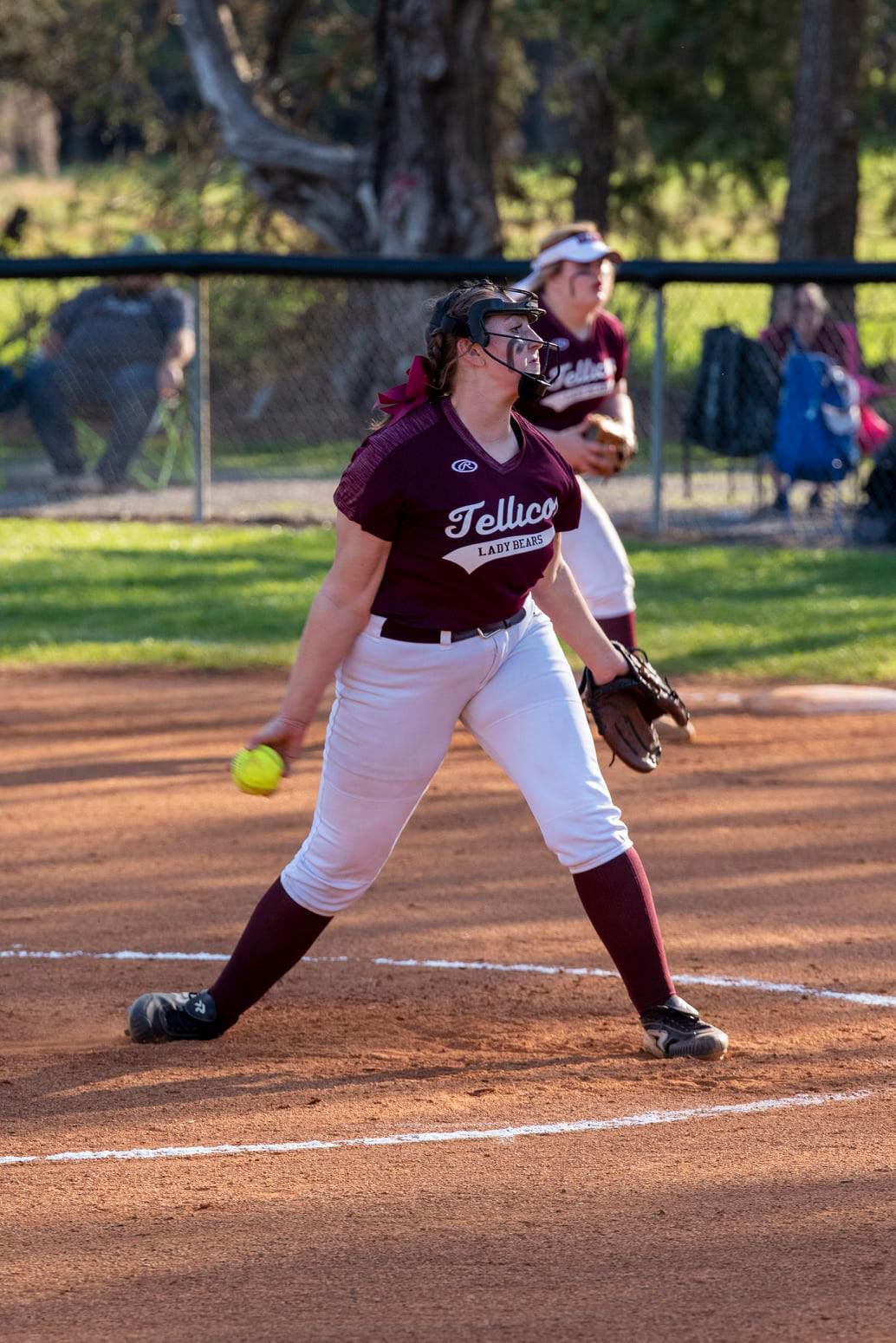 Sweetwater’s Morrison Davies hits a pitch from Caroline Gunter in in the Lady Cats’ 8-3 win over Tellico Plains on April 5 in Tellico Plains.

TELLICO PLAINS — Kylee Hicks continued her junior year of dominance on the mound for Sweetwater in their 8-3 road win over Tellico Plains on April 5.

Hicks went the full seven innings, allowing zero earned runs off of six hits — a statistical step down from her 10 strikeout shutout performance over Meigs County six days ago, but strong enough for the Lady Cats to cruise to a third consecutive win.

“Kylee is a game maker. When she is on, that kid is on. She went through a little bit of shoulder pain after the Meigs tournament and we sat her. She did the work in therapy — she did what she had to do and came back stronger than ever,” Sweetwater Coach Sarah Davies said. “She is ready to go and she is a competitive kid — that is showing right now with her.”

Hicks has been working back from a shoulder injury she picked up in an opening weekend tournament at Meigs County.

“It is a lot better. I went to physical therapy for a week and it is better. I’m not sore anymore,” Hicks said. “I feel more comfortable than before because I have had a few games in. When the defense helps from behind that makes it a lot easier to throw.”

The Lady Cats took their second lead of the game in the top of the fourth — the final lead change of the night.

Emily Allen got aboard with a leadoff single followed by a walk to Amanda Gray. Ella Fox loaded the bases, reaching on an error.

Sweetwater turned their two-run advantage into an unassailable lead one inning later. Tellico Plains started the top of the fifth off with two outs, but back-to-back singles from Allen and Gray put the guests in another promising situation.

“We just made a few mental errors that we have to capitalize on,” Tellico Plains Assistant Coach Brooke Evans said. “We cannot make those and we have to be more into the game. We are young and we have to do a better job of being mentally focused and staying in the game.”

Fox singled to centerfield to score Allen and make the score 5-2 Sweetwater. Caroline Gunter walked Robbins in the next at bat and set up a three-run triple for Ally Starnes.

“The key to us being successful is us batting 1-9,” Davies said. “I think some trouble we have had is we bat just a few then we drop off. The key to tonight is the bottom of our lineup found a way to get one. That led for Mari to get back up (in the top of the fifth inning) and they walked her. Ally came up and capitalized on the errors and the hits that the bottom of the lineup got.

“Without that we cannot be as successful. They are really stepping up — these kids without the experience. We are 13 games in, so they are getting that now and it is showing,” Davies said.

Robbins scored the first run for Sweetwater in the top of the first. The senior reached home on an error trying to catch Hicks who was stealing second.

Before the Lady Cats were able to get clear out in front, Tellico Plains took its only lead in the bottom of the third.

The Lady Bears got their first two batters on before a double play started with a Jocey Yates flyout stifled any momentum. Dicandio doubled to center field to bring home Jaden Hollinghead as the first Lady Bears’ run.

Kareus Kinne singled in the next at bat to bring Dicandio home and make it 2-1. A Lady Bear caught stealing ended the inning, however.

The Lady Bears scored one run in a rally attempt in the bottom of the seventh. Three errors continued to extend the game for the hosts — and allowed Maddie Dodson to race home and make the score 8-3.

“She was very solid — Caroline pitched a great game; we just have to back her up in the field,” Evans said.

Sweetwater has been picking up momentum as the season grows and will need that heading into bigger games in the second half of the week.

The Lady Cats travel to Midway (5-4) on Thursday for a 7 p.m. start before the rescheduled road clash with rivals Sequoyah (5-4) on Friday at 5 p.m.

“We are going exactly the way we need to. Those early losses against Sequoyah and Meigs were kind of a wake up call to us — we are not used to getting run ruled by anybody. It shows us how far our district is coming,” Davies said. “Our rain out against Sequoyah is coming this Friday, and I think we are ready. They are not going to run rule us — it is going to be a really good game.”