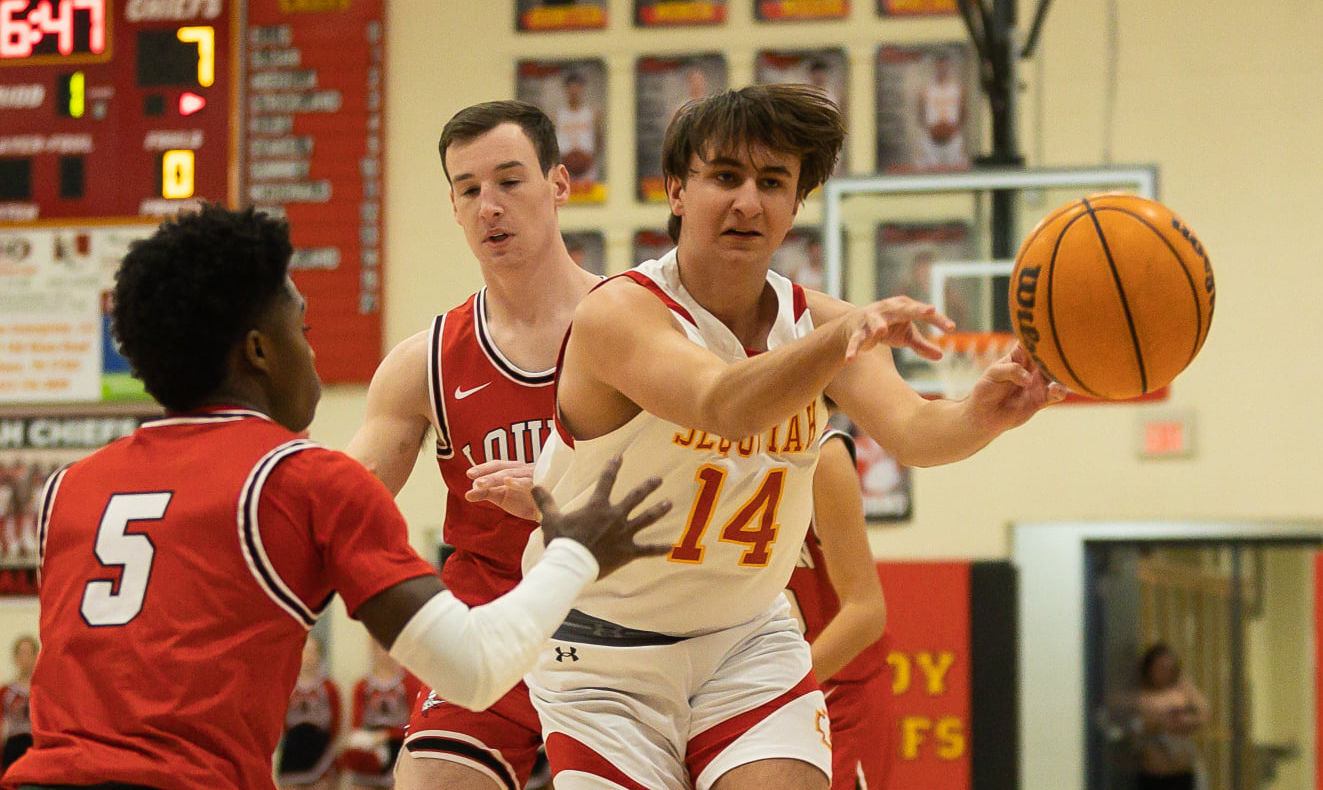 Sequoyah’s Cole Strickland (14) looks for a pass during the Chiefs’ 72-54 win over Loudon on Jan. 8 in Madisonville. 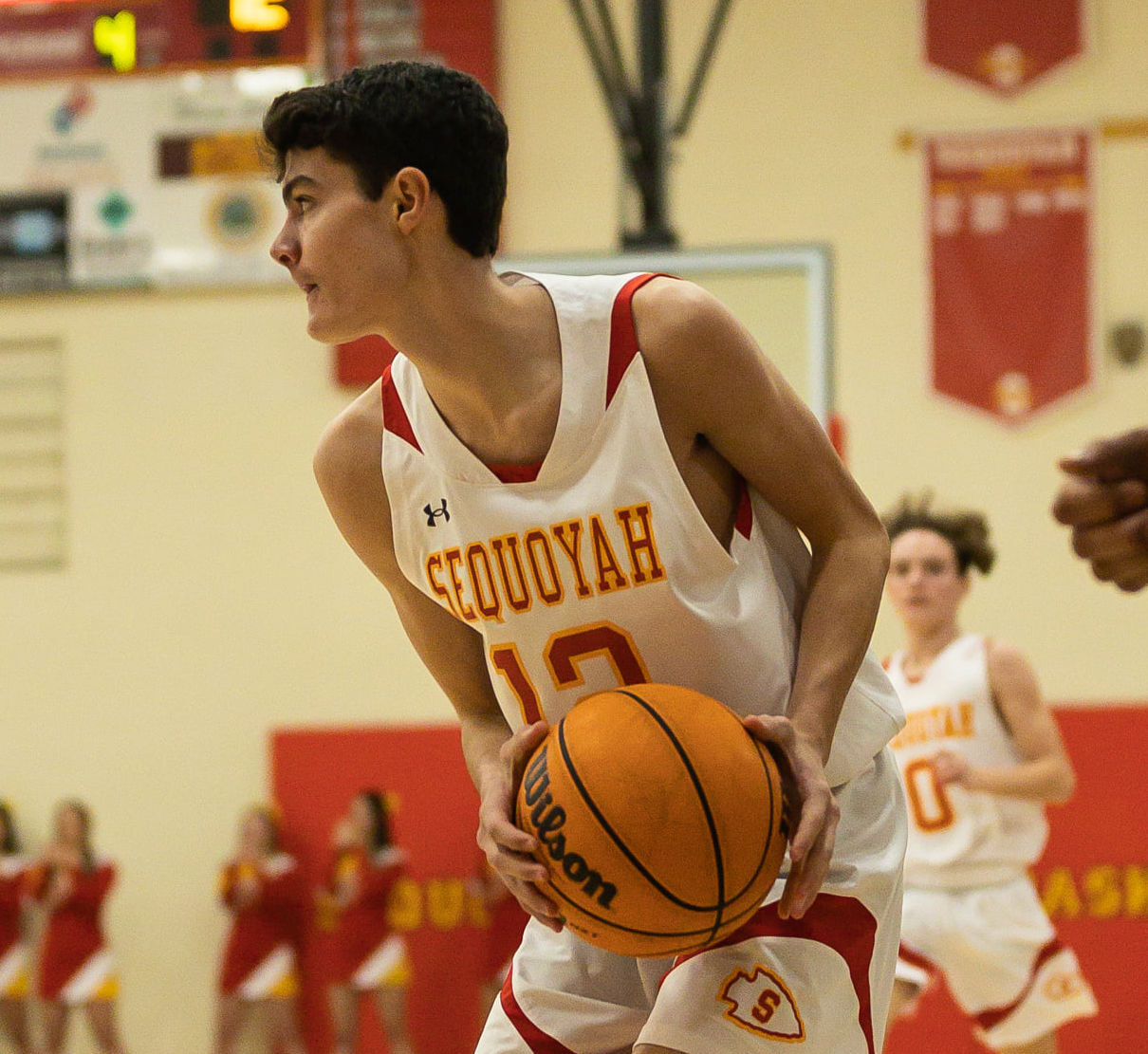 Sequoyah’s Hayden Rhea looks to make a play during the Chiefs’ 72-54 win over Loudon on Jan. 8 in Madisonville.

Sequoyah’s Cole Strickland (14) looks for a pass during the Chiefs’ 72-54 win over Loudon on Jan. 8 in Madisonville.

Sequoyah’s Hayden Rhea looks to make a play during the Chiefs’ 72-54 win over Loudon on Jan. 8 in Madisonville.

Sequoyah Coach Andy Pennington was not happy with the way his team approached their Saturday home game with Loudon.

Despite a good start, Sequoyah seemed to stall. The problem for the Chiefs, per Pennington, may have carried over from Friday’s practice, but it didn’t make it to the fourth quarter.

Sequoyah went on a 21-6 run in the fourth quarter — completing the season sweep of Loudon with a 72-54 win.

“We played just like we practiced yesterday — we just went through the motions and we could have easily just gotten our butt beat. I feel like we have gained some respect around the area and in our new district … we have just really done well,” Pennington said. “But (Friday), we did not show up like a good team is supposed to at practice and it carried over to today.”

It took a halftime reminder to help a senior-heavy Chiefs team to refocus. Sequoyah (12-4) may have struggled to shoot the ball — only hitting five three pointers — but still managed to finish above their season scoring average and get four players into double figures.

“I told them at halftime, ‘don’t look surprised or shocked at how you are playing, that is how you practiced yesterday. You have a second half here to fix it’ and they decided to fix it,” Pennington said. “We had a good start, but then we just kind of relaxed like how we practiced and let them hang around longer than they should have. Then we outscored them 21-6 in the fourth quarter and they scored one late.

“We finally decided to play hard and made some shots. Cole Strickland played great in the second half and made some big shots. Dillon (Stakely) started driving it to the basket. Defensively, we were rebounding and we just played better. We got a little urgency about us in the fourth quarter.”

49ers hang on over Cowboys 23-17 in chaotic wild-card finish, advance to face Packers

'We have free agency in college football': Huskers ride on the QB carousel part of sport's new reality

Dillon Stakely led the Chiefs with 18 and is averaging 20 points per game through 15 performances. Cooper Strickland also finished with 18 — above his season average. Cole Strickland hit a trio of three pointers and finished with a season high of 13. Caleb Sloan had 10.

The Chiefs’ solidification in the fourth quarter came after mixing up defenses throughout the night. After starting in man-to-man, the team moved to zone and settled with mixing the approach.

Either style was fine with Pennington as long as the team found a sense of urgency. The changes were enough to knock Loudon off balance — keeping them to only three field goals in the fourth quarter and turning the guests’ missed chances into transition points.

Sequoyah will return to District 5-3A action on Tuesday with a visit to South-Doyle (11-5, 0-1). The Cherokees’ lone league performance so far came in a 19-point loss at Fulton.

The two programs will be meeting for the first time since South-Doyle beat Sequoyah 63-43 in December of 2007.