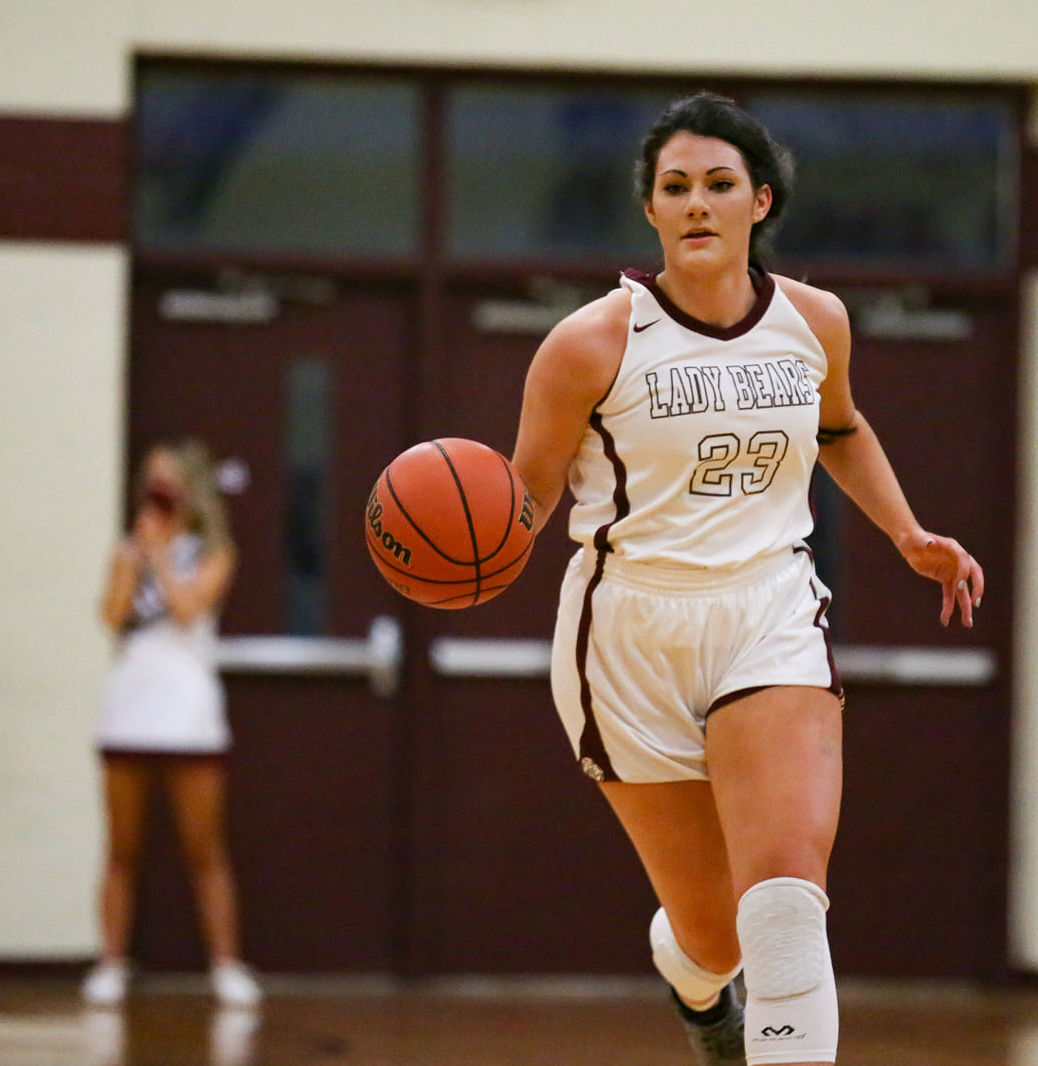 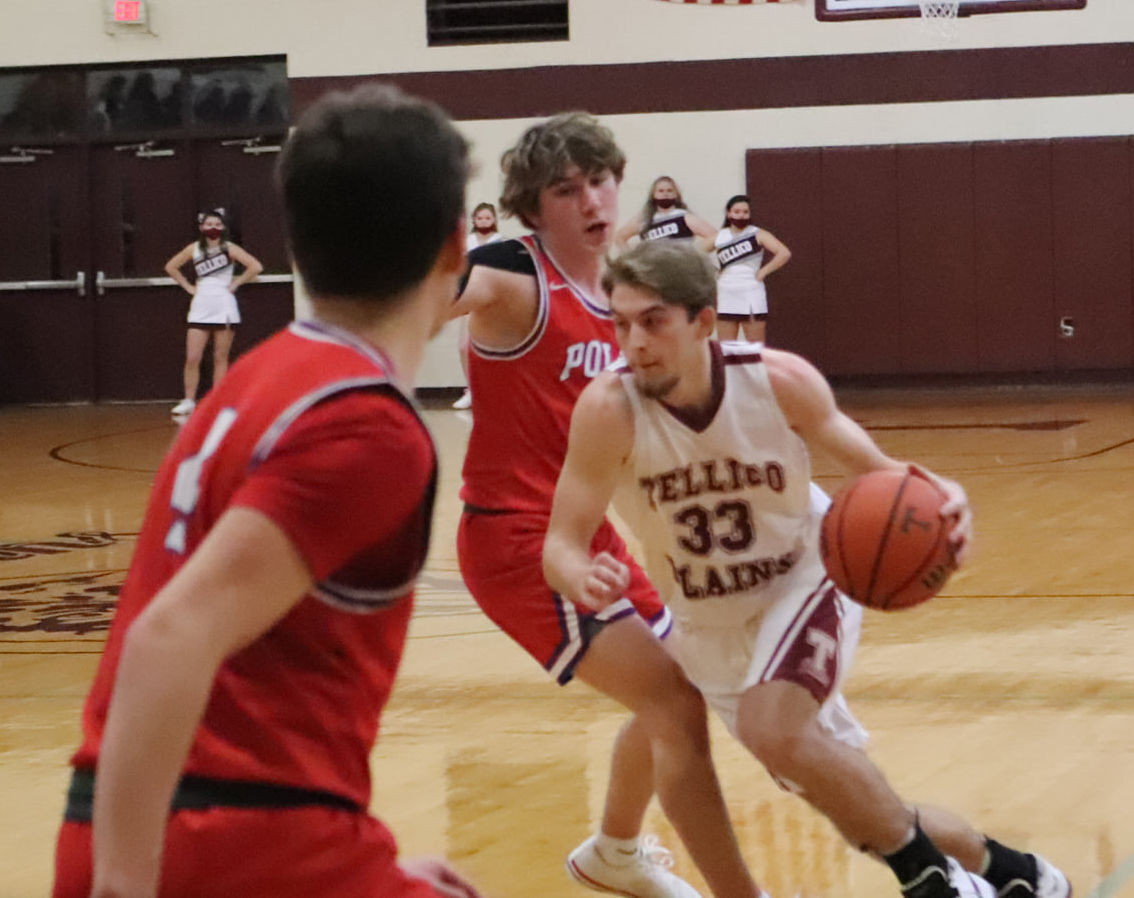 There are a lot of things to be excited about with Tellico Plains entering the 2020-21 basketball postseason — mainly it’s the fact that both the boys’ and girls’ teams have clinched spots in the region tournament.

On the girls’ side, the Lady Bears sit at 19-0 and have a shot to complete an undefeated regular season on Tuesday while the boys team has one more chance to work on their consistency before diving into the District 4-A tournament.

Girls: The Lady Bears have been scary good in their district. Tellico Plains has steamrolled their competition convincingly — averaging a 40-point margin in the district.

Barring anything going awry, they should have no trouble in clinching a fourth straight district championship. The Lady Bears will start that campaign on Saturday, Feb. 20, at 3 p.m., when they host the winner of 4 and 5 seed opening round matchup — most likely Chattanooga Girls’ Leadership Academy or Chattanooga School for the Arts and Sciences.

Following that, the Lady Bears, if they win, will move on to the district championship on Feb. 23.

The Lady Bears have had a comfortable season, their biggest issue was staying on the court due to difficulties around scheduling. However, the past two weeks have given the Lady Bears a much welcomed challenge.

They slipped out a win in a long road trip to Hiwassee Dam (N.C.) 59-54 before closing out their district with a road win at Sale Creek down a four-year starter in Jaden Hollinghead. The Lady Bears also managed foul trouble and slow starts in their contest with Polk County on Feb. 11.

Tellico Plains’ schedule will heat up when they reach the region tournament. Paired with District 3-A, the regional round will feature teams like Oneida (17-6) and Sunbright (20-5). Assuming the higher seeds win the matchups, as they would be the favorite, the Lady Bears would meet one of those two programs in the Region 2-A semifinal — where their season ended last year.

The Lady Bears, who are ranked 10th in Class A, lost at Wartburg Central to end their campaign last year. They started off their new season by beating Wartburg on the road 65-35. The Bulldogs are currently third in District 3-A.

For the success that Tellico Plains is having, a spot in the state tournament has to be in some people’s minds. The seniors on the team, who have 100 career wins, have not seen what a trip to Murfreesboro looks like, but they’ve come close — losing in the sectional round to Unaka in 2018.

The difference for the Lady Bears — they’re playing better and they’re playing clean. All five starters on the squad were named to the all-district team while Kori Hamilton, their offensive catalyst, was named the District 4-A Player of the Year. Hamilton brings the ball up the court and leads the Lady Bears in scoring — averaging 15 points per game with a season high of 28 points.

Hamilton has shooters around her with Chloe Ratledge and Maggie Hooper, both have shown the ability for the 3-ball. Wrap up the lineup with Joell Stinnett, a physical presence inside, and Hollinghead, who is chasing 1,000 career points, and the Lady Bears have a solid starting five.

Defensively, they will press, and not allow time for the other team to breathe. Their powerful press has been on full display in district play, and is why they are able to post out on so many quick runs.

For Coach Gary Tucker, a trip back to the region championship and beyond would be another feather in his historic cap. Tucker won his 800th career game in January and was named the District 4-A Coach of the Year.

The Lady Bears have much to look forward to over the next two weeks or more. The squad has returned everyone from last season’s run and has added experience on the court in 2020-21. If the Lady Bears can handle potential showdowns with Oneida, Sunbright or Wartburg Central then there is a lot on the horizon for Tellico Plains.

Boys: The Bears will be back in the region tournament in a week’s time, but there is a tighter District 4-A to work through to get there. Tellico Plains starts out with a semifinal clash hosting Copper Basin on Friday.

The Bears have a pair of wins over the Cougars in the season — including a buzzer beating victory off the shot from Eli Johnson. A win here could be imperative to the Bears in the region tournament — it would mean hosting in the opening round of the Region 2-A quarterfinals.

The win would also give them a shot at hardware in the District 4-A Championship game, most likely with CSAS. However, the region tournament for the boys seems to be trickier to navigate.

Harriman (17-7), Oneida (17-4) and Sunbright (14-8) all seem to be stout competition, with Oneida being ranked 8th in the state. The Indians also have eliminated Tellico Plains twice in the past two years. The Bears beat Sunbright in the region quarterfinals two years ago. Avoiding any upsets, the Bears would run into at least one of these teams before reaching the Region 2-A Championship, and subsequently, a sectional round berth.

The Bears have evolved as a team as the year grew. Evan Harris is their centerpiece and he started out the season convincingly — scoring 21 against Jellico and at Wartburg Central. However, Harris’ production has dropped and he’s averaging 11.6 ppg as well as only a combined 14 points in his two previous appearances.

However, as defenses have picked up on Harris, the court has opened up — specifically for Jace Lynn and Logan Cox. Lynn scored 18 points at Sale Creek a week ago while Cox has averaged 10.3 ppg in the past four games. Major Carter has also gotten to the basket with three consecutive double digit scoring nights.

Tellico Plains lacks in size, but they cover that with their grit and tenacity. Problem is, that results in fouls. If the Bears want to make a run and beat the teams like CSAS, Oneida and Harriman they have to clean up on the ball and avoid early fouls. Harris has had trouble with fouling all season, as have several of the Bears. If Tellico Plains is going to make a run, they need a full 32 minutes from their centerpiece.